Just before 2017 ended last year, we listed down some of the Snapdragon 845-powered smartphones coming out this year. We’re now in the 4th quarter and we’ve seen and tested dozens of new devices running Qualcomm’s premium mobile processor. It’s no longer the fastest chipset today as it will be replaced soon by the Snapdragon 8150. The SD 845 SoC was officially announced in December the previous year. It was introduced as something competent in virtual reality and augmented reality apps and games.

The Qualcomm Snapdragon 845 also offers support for Oreo Go Edition. The processor combines the power of AR, VR, and HDR. We got our hands-on when a unit was demonstrated running the said processor. We were even told to expect a better Bluetooth listening experience.

The Snapdragon 845 chipset would be very powerful that it could also handle future Chromebooks. Our list contained less than 20 mobile devices from some of the top mobiles OEM powered by the premium Snapdragon. Smartphones include the Samsung Galaxy S9, S9+, LG G7 ThinQ, Xiaomi Mi 8, HTC U12+, and the OnePlus 6.

One of the first Snapdragon 845 mobile devices to be benchmarked was the Samsung Galaxy S9. Geekbench gave the phone “okay” scores but back then, they’re already good. It shows an expected performance increase but we wondered if there was more. 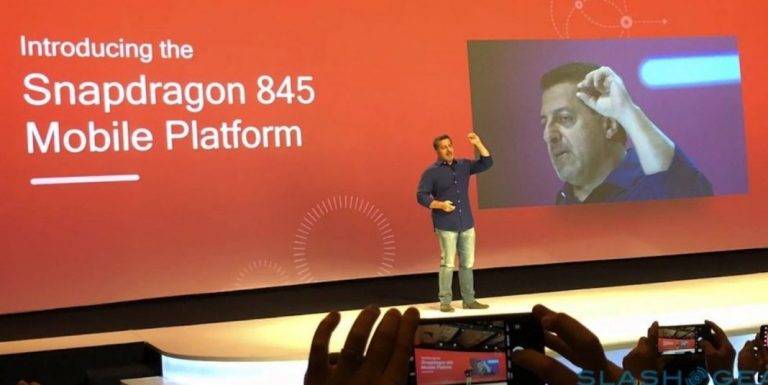 Qualcomm’s Snapdragon 845 would bring more powerful features focused on Artificial Intelligence Engine including support for the Android Neural Networks API, Snapdragon Neural Processing Engine (NPE) software framework, and the Hexagon Neural Network (NN). It already has a follow-up in the form of the Qualcomm Snapdragon 8150 as the newest premium mobile processor.

If not the Snapdragon 845, there’s also the Kirin 980 from Huawei. The latter is the world’s first 7nm mobile processor.

The Kirin 980 is the first commercial 7nm SoC to power Huawei Mate 20 series.

Here are some of the premium flagship smartphones equipped with the Snapdragon 845 chipset by Qualcomm:

OnePlus 6.  The OnePlus 6 is perhaps one of the first Snapdragon 845-powered phones we’ve featured this year. We told you 6 reasons why you should buy one after several leaks, teasers, rumors, speculations, and previews. We told you about that OnePlus 6 Marvel Avengers special edition, OnePlus Bullets Wireless, and those OnePlus 6 Wallpapers.

OnePlus 6 did survive a standard durability test. We also noted how its features stand out from other 2018 flagships. A teardown revealed premium design for premium repair fees while a OnePlus 6 spoofing proved why face unlocking is still untrustworthy. The device is a solid flagship camera for less as shown in a DxOMark review. The new OnePlus 6T is also powered by the same processr.

Xiaomi Mi 8 (Xiaomi Mi 7). Even before 2017 ended, we said the next-gen Xiaomi Mi 7 flagship would run on a Snapdragon 845 chipset. It was sighted on Geekbench as the Xiaomi Dipper while leaked images showed a wide notch on a bezel-less display.

As it turned out, there is no Mi 7. All those details were for the Xiaomi Mi 8 which the Chinese OEM introduced in May. The smartphone quickly joined the big leagues in DxOMark.

Several versions were presented: the Xiaomi Mi 8 Anniversary Edition, Xiaomi Mi 8 Explorer Edition, and the Xiaomi Mi 8 SE. All three differ in RAM and storage options plus pricing. The one with a transparent back might be fake though as revealed by a teardown.

Xiaomi also revealed the Xiaomi Mi 8 Pro with a Fingerprint on Display feature last month–still with the same Snapdragon 845 chipset.

Samsung Galaxy S9 and S9+. As early as August last year, we already noted the Galaxy S9 might be powered by a Snapdragon 845 chipset. It’s not modular as rumored but it did make an impression for many reasons. There is the reimagined camera, 18.5:9 display, new internal design, new Isocell camera technology, improved Bixby voice assistant, Bluetooth 5.0 certification, and several new functions and innovations.

Samsung made the official announcement in February and the Galaxy S9 and S9+ quickly sold. Aside from the Snapdragon 845 model of the Samsung Galaxy S9 duo, there is also the Exynos 9810 model.

LG G7 and LG G7+. Just like the Samsung Galaxy S9, the LG G7 was said to run on Snapdragon 845 the previous year. LG was thinking of rebranding the G-series offering and the G7 was believed to deliver a big difference. It was delayed a bit but still rolled out as a premium flagship phone with AI features, a bigger display, and a notch.

The LG G7 was finally announced as the LG G7 ThinQ. An LG G7 ThinQ Teardown revealed LG doesn’t want us to open it. The phone only hit DxOMark recently with less than stellar scores.

LG promised the phone would be ready with better customer and after-sales services and would focus more on AI technologies.

HTC U12+. The HTC U11 follow-up was thought to be the HTC U12 but the brand thought of just introducing the HTC U12+. The plus in the name boosts its image as the latest flagship phone from the company.

The HTC U12+ also carried the latest Qualcomm Snapdragon 845. We’ve got our hands-on feature and noted more edges, more cameras, and no notches. The four cameras made a mark on DxOMark. The dreaded durability test results favor the new flagship phone. Interestingly, a teardown revealed it is transparent and fragile, just like HTC’s phone business.

ZTE Nubia Z18. The ZTE Nubia Z18 was earlier spotted on TENAA with Snapdragon 845. Also known as the ZTE Nubia Z18S, this phone was announced in September with other premium specs and features: 8GB RAM, 24MP rear camera, and 3450mAh battery.

Xiaomi Pocophone F1. The Xiaomi Pocophone F1 aka Poco F1 in India made us wonder how it’s affordable even with the premium specs. The phone would be ready for global launch. It’s considered as a gaming phone that can rival the Razer Phone, ASUS ROG Phone, and even the Black Shark phone. A teardown showed how it’s easy-to-open and “cool” but not waterproof. 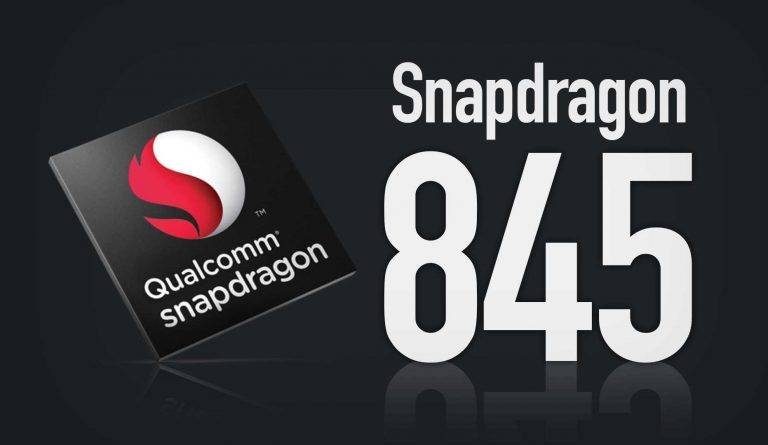 Razer Phone 2. Razer started the gaming phone era with the Razer Phone last year. A follow-up was recently introduced and we can say it still is the ultimate gaming phone standard. The new Razer Phone 2 was confirmed as Razer continues to drive the mobile business. It already reached the AnTuTu benchmark.

The phone was officially unveiled and we thought it is a true upgrade hidden in an old look. The Razer Phone 2 survived a durability test, unlike the Nextbit Robin.

Xiaomi Mi Mix 2S. The Mi Mix 2 follow-up was in the works as per some firmware files. It was also sighted on a benchmark site before official launch. More details were made public including the Snapdragon 845 chipset. We’ve seen several teasers and leaked images and videos of the Xiaomi Mi Mix 2S. The phone received ARCore support and quickly joined other notable phones.

ASUS ROG Phone. This ASUS ROG Phone is the mobile gaming phone you deserve. We said overkill has a name but it quickly went up for pre-order on a Finnish website.

We told you everything thing you want to know. The Taiwanese tech giant also presented mobile gaming accessories ready to blow your mind and we learned the phone would roll out in the US and would start shipping soon.

VIVO NEX. The Vivo NEX was launched with an elevating camera. A teardown uncovered its secrets. It’s finally going out of China. A durability test showed us some surprising results: the Vivo NEX S has a bit of flex to its structure.

The T-Mobile variant of the LG V40 ThinQ arrived for early adopters. The phone is also up for purchase from a carrier and B&H.

XIAOMI Black Shark. Xiaomi started working on the Black Shark phone with 8GB RAM and an 18:9 display. Xiaomi’s sub-brand was made to rival Razer. It was teased, leaked, and then launched. When it was finally unveiled, we noted it’s a worthy gaming phone alternative. Xiaomi was also quick to introduce the Black Shark 2 phone, also powered by Qualcomm’s Snapdragon 845 SoC.

Google Pixel 3 and Pixel 3 XL. We know much about the Pixel 3 duo. We told you 10 things you need to know. The Pixel 3 is the standard variant while the Pixel 3 XL is the bigger model with a notched design.

The Pixel 3 XL was named as new top winner on DisplayMate. A teardown revealed it has lots of glue and a Samsung AMOLED.