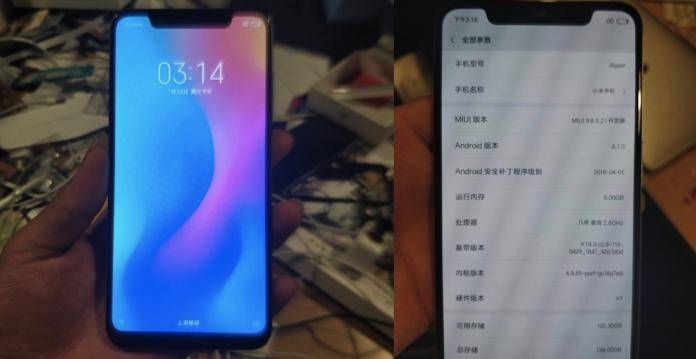 The next-gen Xiaomi Mi 7 flagship phone has been part of our consciousness since December last year. The device may run on a Snapdragon 845 processor and is believed to be the Xiaomi Dipper on Geekbench. Now we’ve got live photos of what is believed to be the Mi 7. It’s looking good with the notch on the screen, almost bezel-less display, and a glass body design. The notch makes it part of those short list of smartphones with such including the Essential Phone, iPhone X, OPPO R15, ASUS ZenFone 5, and Huawei P20.

The Xiaomi Mi 7 may launch this coming May 23. These live shots have appeared on Weibo so we know it’s somehow true. They may remind you of the iPhone X with the dual camera setup in a vertical orientation and the notch. Another image shows the About page in Settings. It tells us the smartphone will be equipped with MIUI 9 8.5.2 on top of Android 8.1 Oreo OS.

The back of the Mi 7 by Xiaomi is also shown off. Based on previous reports, the smartphone may feature 6GB RAM, 128GB onboard storage, and the Snapdragon 845 by Qualcomm. There is no confirmation yet but the wide notch will probably house the selfie camera, proximity sensor, and the earpiece.