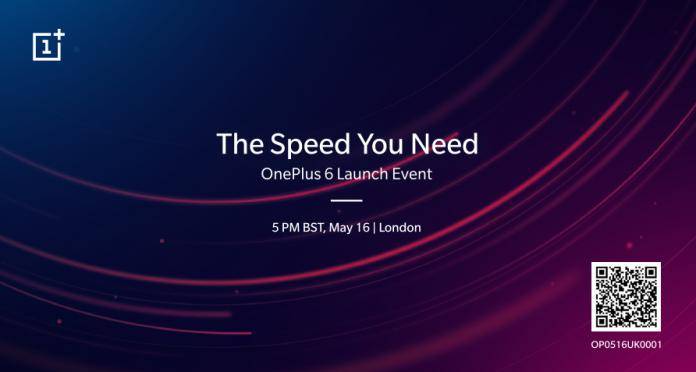 So, are all of you OnePlus fans ready for this yet? The Chinese manufacturer has put up a webpage and has sent out some event invites with May 16, 2018 as the date. This is the day they will be unveiling the OnePlus 6 to the world. The upcoming flagship has gone through all the usual hype, and nobody is going to be surprised at what OnePlus will have for us anymore. Still, a part of us is a bit excited at what the next “flagship killer” will look like.

It’s a long way from 2014, when this small startup in China surprised everybody by putting out a flagship phone that cost half of what the major brands were selling. Now we’re waiting for the OnePlus 6, the seventh iteration of the flagship phone from OnePlus. According to the announcement, the launch event will take place at on May 16, 5:00PM in London – that’s May 17 at 10:00AM in China, where a launch event is also gathering.

More immersion in a refined form factor. Are you ready for the #OnePlus6? pic.twitter.com/2HR2YE5Jb6

We already know that the OnePlus 6 will be powered by Qualcomm’s Snapdragon 845 flagship chipset, and supported by 8GB RAM. We know (and are somewhat miffed) that the front display will have that ugly notch. But there will be other details about the new flagship that we will know only on the launch date.

If you are in London, you can grab a ticket to the launch event for USD$21.00 (early bird rate). See Carl Pei unveil their new 2018 flagship live and in person.