We haven’t heard much about the Razer Phone 2 but when we do, expect other details abound. The phone was confirmed last week as Razer continues to drive the mobile business. The Razer Phone is still THE gaming smartphone to beat. It is said to make the Linda Project a reality and so we very much looking forward to that concept notebook powered by the Razer Phone. The next-gen gaming device is said to be released in the fourth quarter since the original model was launched November last year.

The specs include a 2.8GHz Qualcomm Snapdragon 845 processor, Adreno 630 GPU, 8GB of RAM, 512GB onboard storage, 2560 × 1440 Quad HD pixel resolution, and a 5.72-inch Sharp IGZO display. As with the first Razer phone, this one features up to 120Hz screen refresh rate, Qualcomm Q-Synce display technology, and Qualcomm Quick Charge 4+.

When it comes to imaging, there’s an 8MP selfie camera and 12MP dual rear shooters with dual-tone flash and wide-angle lens. It’s still mainly a gaming phone so this will definitely compete with the Xiaomi Black Shark, Huawei Honor Play, and ASUS ROG Phone. 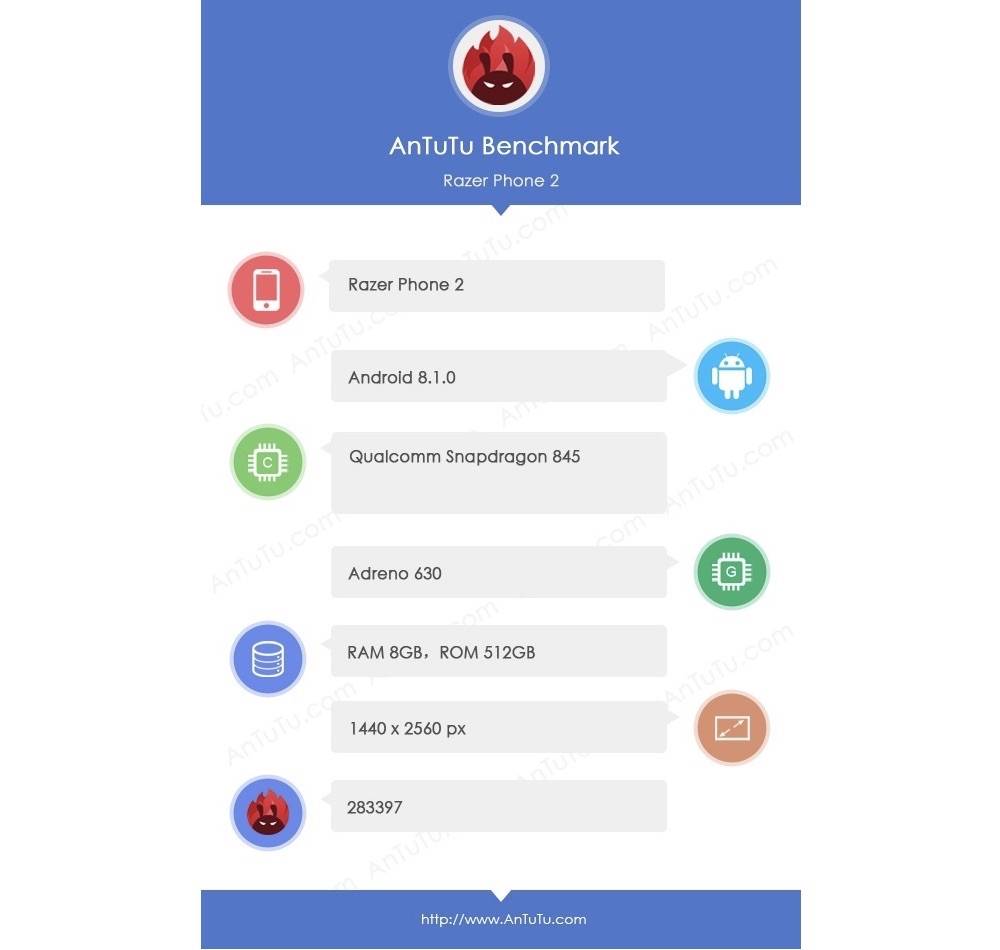 If you’ve always been curious about an e-sports display, the Razer Phone 2 perfectly shows off the technology so every game doesn’t shake. The 120Hz UltraMotion display is smooth and touch operation is faster and almost perfect.