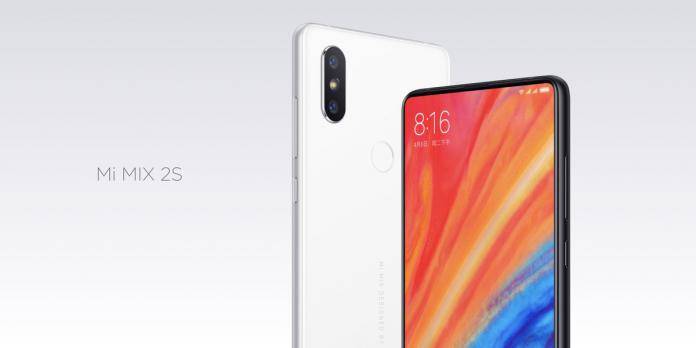 Augmented reality (AR) is now a thing. We mention this because there was a time when it wasn’t, and we have to thank Google’s efforts in making AR the big technology that it is right now. The mothership started out with Project Tango, and although that didn’t turn out quite the way they wanted, Tango built the foundations for what ARCore is these days. ARCore is Google’s AR platform, the same way Daydream is its platform for virtual reality (VR). Now Xiaomi’s latest flagship, the Mi Mix 2S joins the list of devices that support ARCore.

The Mi Mix 2S is Xiaomi’s follow-up to the Mi Mix and the Mi Mix 2 smartphones. The Mi Mix, though not particularly successful in terms of sales, was received warmly because of its innovative design – a ceramic body and a 6.4-inch screen that is as bezel-less as you can go. The Mi Mix 2 was more successful because of the initial impact of the original Mi Mix, and now the Mi Mix 2S carries on the same tradition.

The Mi Mix 2S is a flagship phone by today’s standards – a Snapdragon 845 chipset with a whopping 8GB RAM and as much as 256GB of internal storage. The phone still uses the ceramic body design and the bezel-less design that gained for the Mi Mix line so much accolades. The design now has a little bezel up top and at the bottom of the screen, but that doesn’t take away from the breathtaking design of the phone.

This list of specs are surely enough to run ARCore, and true enough, Google has given it certification to run apps that require ARCore. The Mi Mix 2S is one of the few phones out of Chinese manufacturers to support the ARCore platform, and adds AR capabilities to an already long list of features.

The Mi Mix 2S joins the original Pixel phones in being able to support ARCore. But there are other notable phones that run ARCore as well. This list includes the P20, P20 Pro and Mate RS Porsche Design from Huawei. Google also lists the OnePlus 3T, the OnePlus 5, the Nokia 6 (2018), the Nokia 8 Sirocco, the LG G6, the LG G7 ThinQ, the Moto G6 Plus, and the Moto Z2 Force. There is also a long list of Samsung phones that run ARCore, mostly flagship and midrange phones.

Google’s aim is to make AR technology available to the masses, and ARCore is well on the way to achieving that. But ARCore needs to penetrate the midrange market more, if Google wants more people to be convinced that AR is a definite must-have in smartphones.