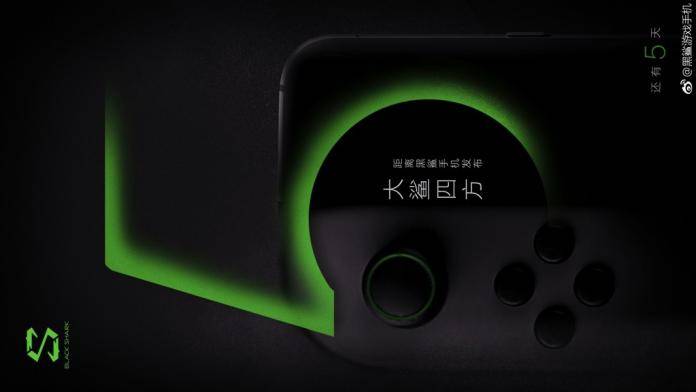 Xiaomi invested in Black Shark to come up with a gaming-centric smartphone that may rival the Razer Phone. The sub-brand has been working on a gaming phone rival with 8GB RAM and an 18:9 display. We were told the phone would debut on April 13. That’s already this week so we’re expecting more information or images to be leaked. At the end of this week, we’ll get to confirm the following specs: Qualcomm Snapdragon 845 processor, Adreno 630 GPU, 2160 x 1080 FHD+ resolution, and a 32GB built-in storage.

A new image emerged online that proves it really has something to do with gaming. The device will remind you of the Nintendo Switch with the controller and the buttons. They actually look more like gamepad controls but the Android phone is also said to have removable Bluetooth controls.

Hare some images of the Black Shark gaming mobile phone:

The Black Shark phone appears to be one rugged phone. The controller on top appears to be detachable so the design is quite unique. Well, unique for a smartphone but it really looks like a Nintendo Switch. As for the other teaser image, we see a fencer holding a foil (sword). You can’t see the face but the other half is a phone screen.

We’re guessing a special fencing game will be pre-loaded. We’re also thinking the phone can be used to play a fencing game with the unit being used as a Wii-like controller. The possibilities are endless so let’s just wait and see.