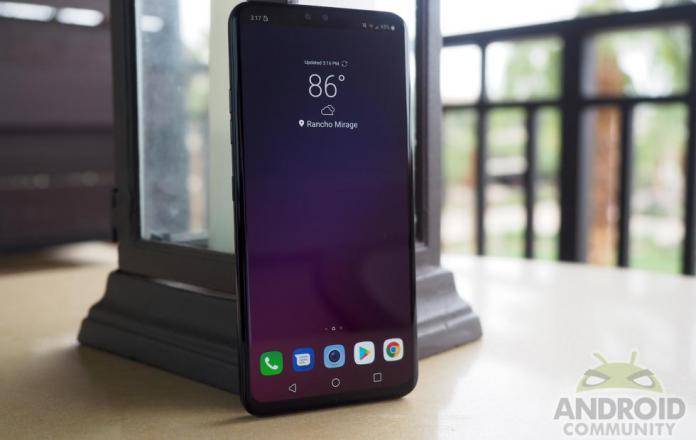 Huawei called it. The next big thing in smartphones, now that the buzz over bezels and notches have more or less settled down, is triple cameras. Some do it with three. Others will go crazy with four. And while LG and other OEMs would have you believe they’re going with five, let’s be realistic. The LG V40 ThinQ does come bursting through the doors with five cameras, but not all on the same side. Regardless, everything about its late 2018 flagship says one thing: it’s taking that camera business very, very seriously.

Let’s start with the smaller number, the two cameras in front. One is an 8 megapixel f/1.9 camera with an 80-degree field of vision. That one is designed to work best with self-selfies.

The other has a lower megapixel count, only 5 megapixels, and smaller f/2.2 lens, but has a wider 90-degree FOV. The perfect group-selfie shooter. Well, almost. It’s not as wide-angle as some might expect and the difference between the two cameras aren’t that big. According to LG, that’s what users actually wanted, to make it easier to get a more controlled shot.

Don’t knock it for the small angles, though. What the dual cameras bring to the table is the ability to do bokehs, a.k.a. Portrait Mode, using hardware rather than relying on the mercy of software. That said, LG does involve some software processing in the form of Light Effects, what Apple calls Portrait Lighting modes. You can choose from Natural, Studio, Contour, Stage, and Stage Mono. Unfortunately, they can be inconsistent depending on how well the V40 ThinQ detects edges in the foreground. Light Effects are available on both front and back cameras. 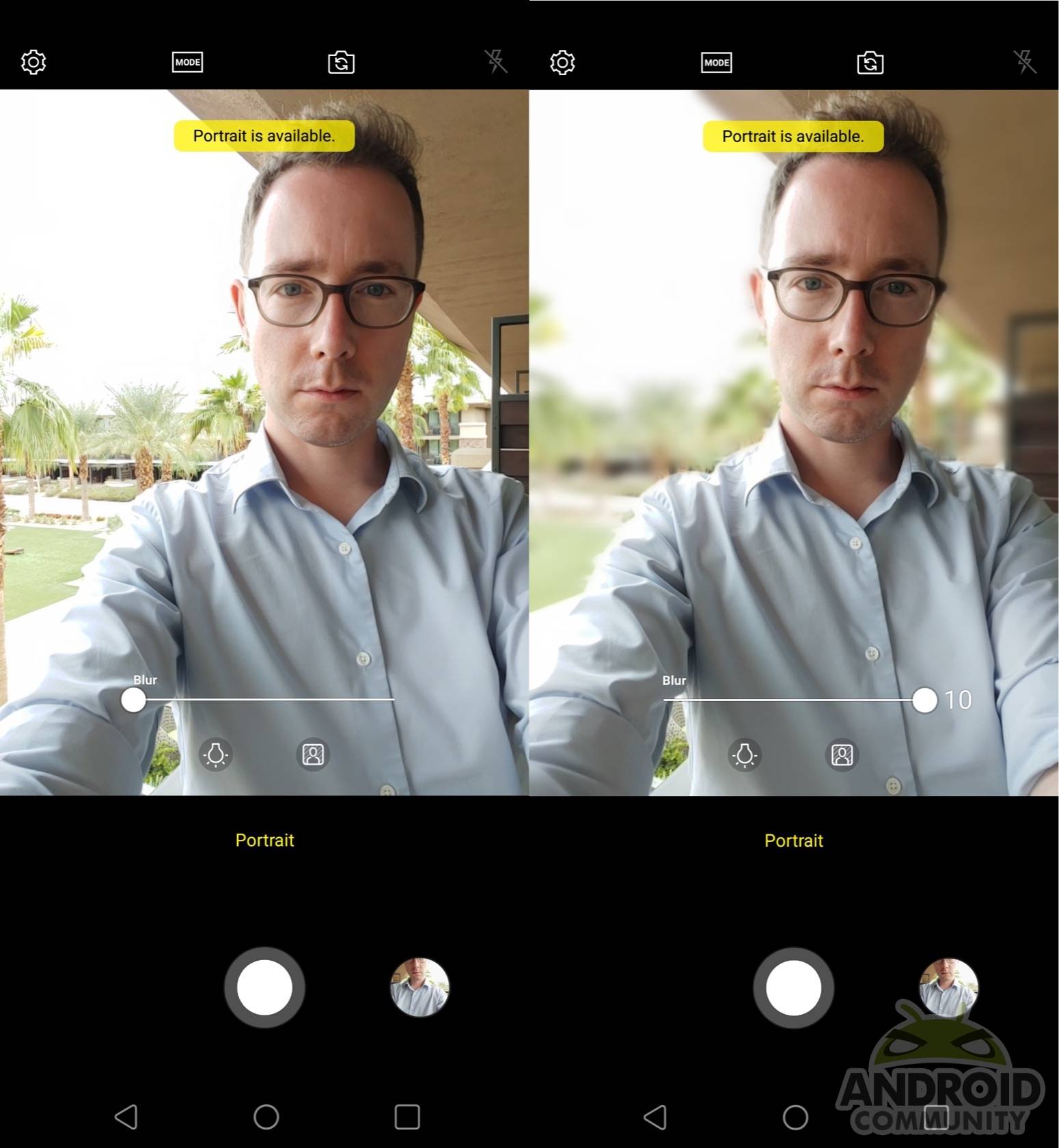 The main course, of course, is the three cameras on the back. On the rightmost, the one nearest to the LED flash, you get the standard 12 megapixel shooter with a 78-degree FOV. The middle one is the Super Wide-Angle lens with a 16 megapixel sensor and 107-degree angle. Finally, the leftmost is the 2x Zoom Telephoto, with the same 12 megapixel count but with a reduced FOV of 47 degrees to make up for the 2x optical zoom.

On their own, the three cameras can already be quite capable, especially with some AI assistance. But LG have loaded the V40 ThinQ with features that will really try to sell you the idea of having three cameras instead of just two. The one that will probably be the most commonly used is the Triple Preview feature. With having three cameras to choose from, you might be sure which will be the best one to use. Good thing, then the V40 ThinQ will offer thumbnails that give you an idea. Just press and hold one of three lens icons at the top of the viewfinder and see for yourself.

While you will most likely only use one lens at a time, the Triple Shot feature lets you use all three at the same time. But rather than actually give you a set of three photos to choose from, it will stitch those three up into a short video clip that transitions between each, accompanied by some music. It’s a nice touch but the way the cameras seem to jump views suggest they don’t really line up. Perhaps an effect of not having the same megapixel count on each sensor.

And we can’t forget about Cine Shot, LG’s attempt to make magical “living photos”. Actually, it’s more like making cinemagraphs easy for anyone to do and it’s bound to be the most popular non-serious use for the cameras.

Beyond the five (actually three plus two) cameras, the LG V40 ThinQ might sound like a rehash of the LG G7 ThinQ launched just a few months back. There might be some truth to that, but it might not be a bad thing. It means that, despite the almost frivolous nature of having five (3+2) cameras, the V40 ThinQ is still familiar. For example, it still has a 3.5 mm headphone jack that boasts of a 32-bit Hi-Fi Quad DAC and DTS:X 3D Surround sound. LG explains to be a key deciding factor for some consumers, but it said the same thing about removable batteries before it removed them last year. 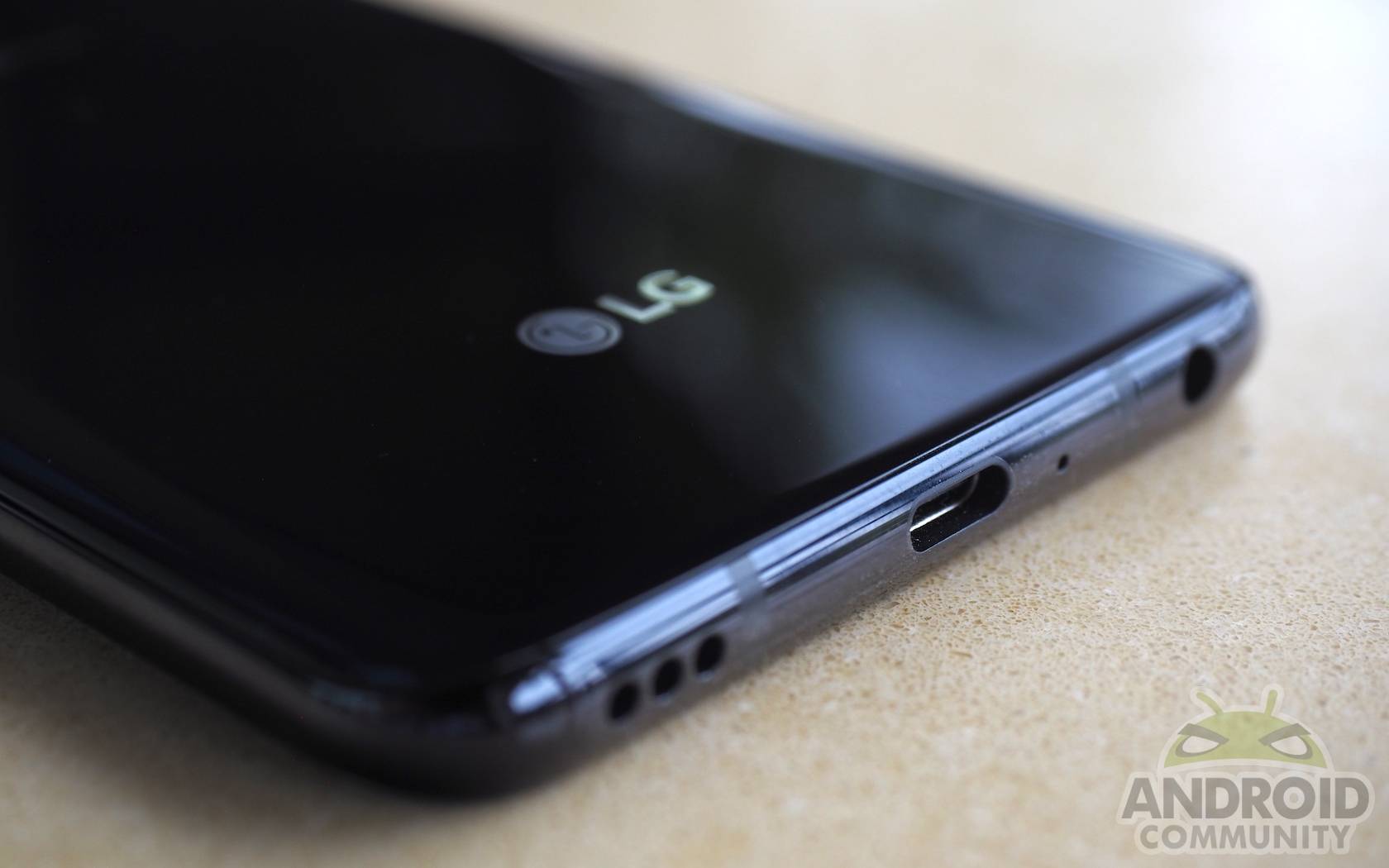 There are the usual culprits of the Snapdragon 845 with 6 GB of RAM and a starting configuration of 64 GB of internal storage. The 6.4-inch FullVision OLED screen, one of LG’s largest to date, boasts not only of a 3120×1440 screen resolution (yes there’s a notch) but also of a peak brightness of 500 Android nits. The V40 ThinQ will run Androd 8.1 Oreo and LG couldn’t commit to an Android 9 Pie update timeline, either for the V40 or even the G7.

As part of its ThinQ family, the V40 puts an emphasis on AI. But unlike in the G7, this time the focus leans heavily on camera functionality. Whether that’s for AI-based composition or scene recognition, the V40 advocates keeping settings on Auto. It still has manual mode for experts, but Google concedes even those experts rarely use that when time is limited. And for the privacy-conscious, LG’s camera AI is all processed locally, an intentional decision on the company’s part. 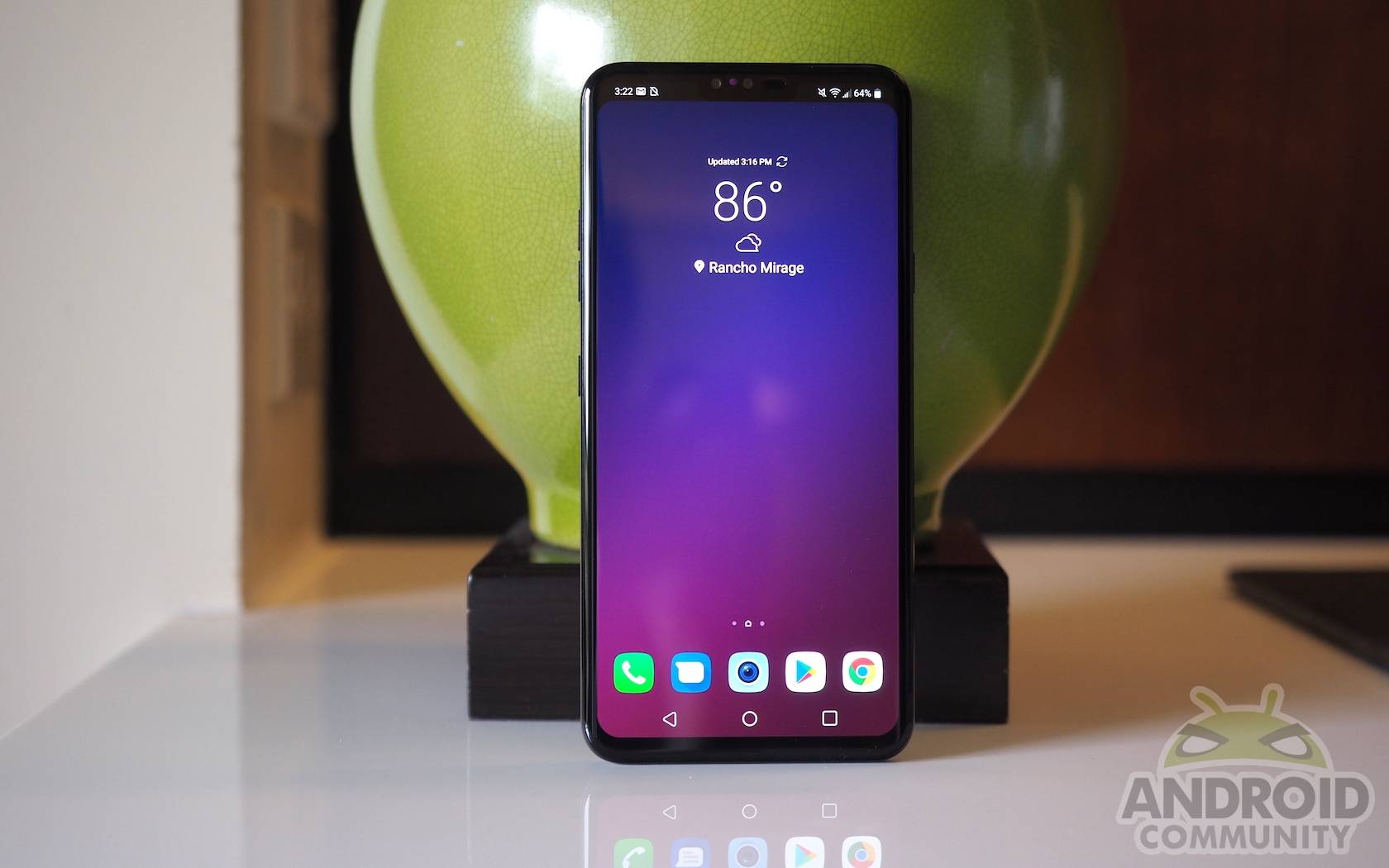 The LG V40 ThinQ will fully launch on October 18 but interested buyers can get a head start with pre-orders on October 12. Verizon will carry the smartphone for a full price of $980 while T-Mobile has it for $920 and AT&T for $950. Sprint subscribers can get theirs for $960. It’s definitely pricey but, like Samsung and Apple, LG will be throwing in offers and bundles to make it feel like you’re getting more than what you’re paying for.