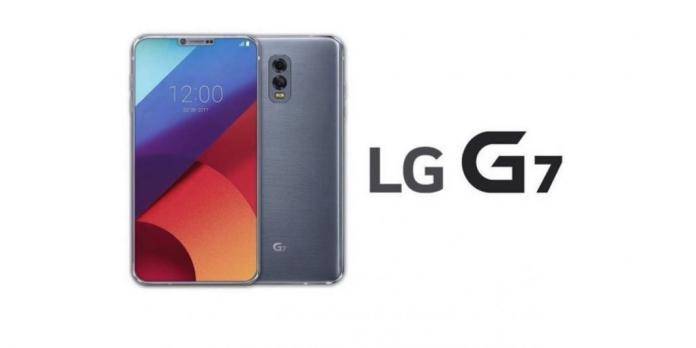 We’re counting the days until LG makes an official announcement. No, there is no exact launch date yet but we’re expecting the new premium flagship smartphone will be ready by end of April with the market release happening the following week which is already May. We’ve featured the yet-to-be-revealed G7 several times. So far, we said it will have an iris scanner, Quick Charge 4.0, and will run on Snapdragon 845 chipset. The South Korean tech giant is rebranding the G-series and as a result, early development has undergone changes. Design started from scratch again. We’re excited to see the notch on the display and to confirm the OLED and LCD variants.

The product renders and 360-degree video made public recently gave us an idea about the LG G7. The notched design appears to house the selfie camera, earpiece, and ambient sensor. Today, we’re learning the next-gen flagship offering may be called as the ‘LG G7 ThinQ’.

The new name is a fresh idea but we’re not totally surprised since we’ve been saying the smartphone will arrive with AI features. If you’ve been following LG, the company announced the AI technology earlier this year. It’s related to the LG SmartThinQ introduced last year. If you may remember, there’s the LG V30S ThinQ released in February so we’re assuming the LG G7 ThinQ will be similar in features.