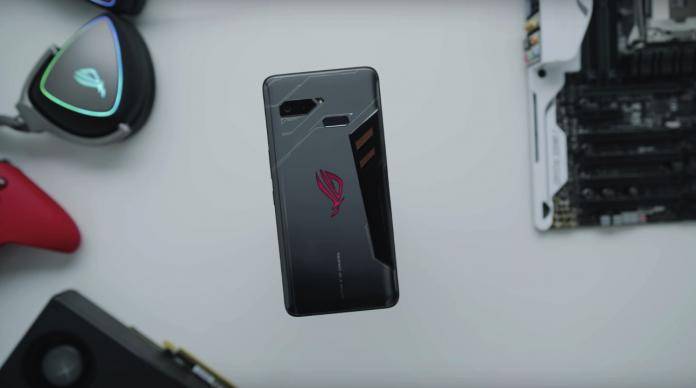 The ASUS ROG line will soon have a gaming smartphone under its belt. We first heard about it back in June and we told you it could be the mobile gaming phone you deserve. It’s overkill for a smartphone but it’s really a gaming phone under the popular ROG series. The early hands-on feature revealed that it’s yet another gaming-centric smartphone. There is no formal announcement yet but the Taiwanese tech giant is expected to unveil the ROG phone soon especially since it just reached TENAA.

As you all know, TENAA is like the Chinese FCC. A visit to TENAA means a device is almost ready for market release. A few more tests and the product is good to be made public.

Here are photos of the ASUS ROG Phone:

To review, the premium smartphone (Z01QD on TENAA) boasts a large storage and lots of memory in three RAM variants: 4GB, 6GB, and 8GB. It runs on Android 8.1 Oreo out of the box and is powered by a 2.95GHz Snapdragon 845 processor and a 3850mAH battery. We’re assuming this will be ready for Android 9 Pie someday.

ASUS’ ROG phone is set to rival the Razer Phone and even the Xiaomi Black Shark phone. The latter is exclusive to China. We’re particularly curious about ASUS’ offering because we’re not sure if the device can handle games with only less than 8GB of RAM.

The gaming Android smartphone runs on premium features so we can say device performance will also be impressive although we don’t expect to be spending more time answering emails or checking social media or browsing the web on this phone. It’s meant for gaming so yes, there will be plenty of hours wasted with the ASUS ROG phone.

The ASUS ROG phone will be released in the United States but there’s no word on pricing and availability yet but we’ll let you know soon.