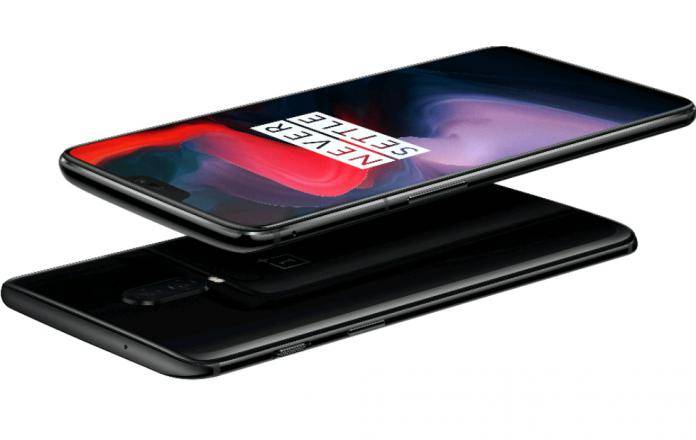 Unlocking your device through biometrics has become de riguer for a lot of the higher end smartphones. People prefer using their fingerprint, iris, or now face recognition in order to unlock your device instead of using the standard pin or pattern. However, as with a lot of things that are new, the systems that our OEMs adapt are far from perfect and may even prove to be dangerous if nefarious elements gain access to your smartphone or tablet. One device that is seemingly bringing us an “untrustworthy” face unlocking system is OnePlus and its new flagship, the OnePlus 6.

A Twitter user posted a video of how the new OnePlus 6 actually “recognizes” photos of the owner as the actual face and would unlock the device even if it’s not the owner trying to unlock it. The user @rikvdujin asked one of his friends to put a paper cut out of his face over his own in order to “fool” the smartphone into unlocking. And alarmingly, it worked. This actually even works on a black and white photo. The implication of course is that someone is able to get your phone from you and has a picture of you somewhere, they can access it and all your files and apps eventually.

I printed my face to unlock my OnePlus 6 for the lulz… it worked ¯_(ツ)_/¯ pic.twitter.com/rAVMq8JKBr

This may not actually be a new problem for OnePlus. Their OnePlus 5T was actually their first smartphone that had a face unlock feature. However, since it didn’t have 3D face mapping or even depth sensing so it’s basically just recognizing your selfie and wasn’t probably the most secure way of unlocking your phone. They used their own solution from a Chinese security company called Sense Time which supposedly has a “sizable” background when it comes to facial recognition. However it doesn’t seem to be working as they expected, given peoples experiences with both the OnePlus 5T and now the OnePlus 6.

So what does OnePlus have to say about it? Well apparently, even they don’t trust their own face recognition system. They still recommend using a password or PIN or even a fingerprint to unlock your device if you’re concerned with security (as we should all be). The Face Unlock is more for convenience rather than security. They also assured that this feature is actually not enabled for secure apps like banking, payments, etc. So yes, that really didn’t help assure users so maybe just don’t use Face Unlock for now until they have improved its secure features already.

“We designed Face Unlock around convenience, and while we took corresponding measures to optimise its security we always recommended you use a password/PIN/fingerprint for security. For this reason Face Unlock is not enabled for any secure apps such as banking or payments. We’re constantly working to improve all of our technology, including Face Unlock.”