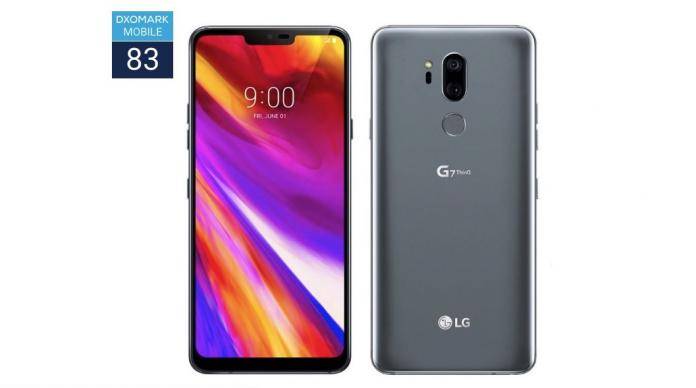 Before the LG V40 ThinQ was introduced, the other South Korean tech giant had the LG G7. The premium flagship phone for the first half of the year arrived late but it did make an impression with a number of major features like a Super Bright display, notch, built-in Boombox Speaker, and a special Google Assistant button. After our hands-on feature, we learned the phone wouldn’t be sold by AT&T. LG also made it clear the G7 isn’t a copy of the iPhone X.

Almost half a year later, we’re seeing the LG Android phone for the first time on DxOMark. We’re not sure why the benchmark site took a while in reviewing the LG G7 ThinQ but after seeing the results, we understand why. The phone’s camera is smart in many ways but image quality isn’t at par with those from the other premium flagships. Perhaps the testers knew scores wouldn’t hit high.

LG G7 ThinQ boasts a dual camera setup that is composed of a 16MP camera with f/1.6-aperture lens and a 16MP super-wide-angle camera with f/1.9-aperture lens. You can also expect an LED flash, optical image stabilization (OIS), PDAF and laser AF, and 4K video recording.

The LG G7 ThinQ only scored 83 on DxOMark. It is nowhere in the Top 10 but we can share some positive things about it. The phone offers vivid and pleasant colors. The autofocus is repeatable and accurate in most conditions. Indoor and outdoor conditions result in good white balance.

There are some not so good observations like visible depth artifacts and blur steps in bokeh mode, strong loss of detail with medium- and long-range zoom, ringing and visibly noisy edges, poor textures, highlight and shadow detail loss, visible hue-shift toward cyan in blue skies. Videos do show judder effect when panning, strong ringing and aliasing, lack of AF tracking capability, and autofocus is not triggered at times.

We’re not saying we don’t recommend the LG G7 ThinQ. We do actually since its price is not as expensive as the other premium flagships available in the market today.

Compared to those priced about $900, the $750 retail price is already attractive. Not really affordable but decent enough. We like the fact it has a built-in Boombox Speaker giving off larger and louder sound. Of course, there are the AI features that well, make the phone “more intelligent” than ever.