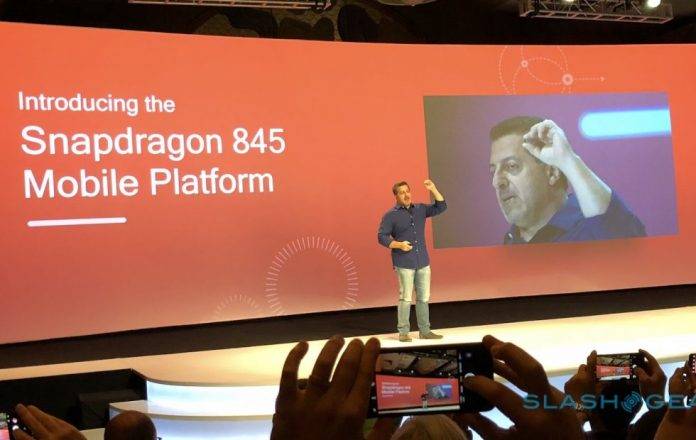 So there are no surprises in Qualcomm’s pipeline of flagship chipsets, as the chipmakers announce their next flagship SoC – the Snapdragon 845. This will be the chipset that Qualcomm is looking to put inside next year’s flagship smartphones and mobile devices, and we can expect the full announcement of specs and features pretty soon.

We can expect the Snapdragon 845 to be very competent in augmented reality (AR) and virtual reality (VR) applications, as Qualcomm has bannered the new platforms competence in these areas. Qualcomm will also be keen to keep alongside competitors like Huawei in the area of artificial intelligence, and there is hope that the Snapdragon might have some sort of neural processing feature.

As per usual, the SD845 will also bring incremental increase in data connection speeds, albeit the features are dependent on your network’s infrastructure and capabilities as well. Alex Katouzian, VP and General Manager, Mobile at Qualcomm says that all variables considered, Snapdragon 845 devices could grab a 3GB file from the cloud in potentially just three minutes.

Qualcomm also announced that they will be supporting Google’s efforts to bring Android Oreo to budget devices (powered by 1GB RAM or less) – the Android Oreo Go Edition. Qualcomm will be optimizing their mid-tier and low-tier platforms to be able to run Oreo Go Edition.