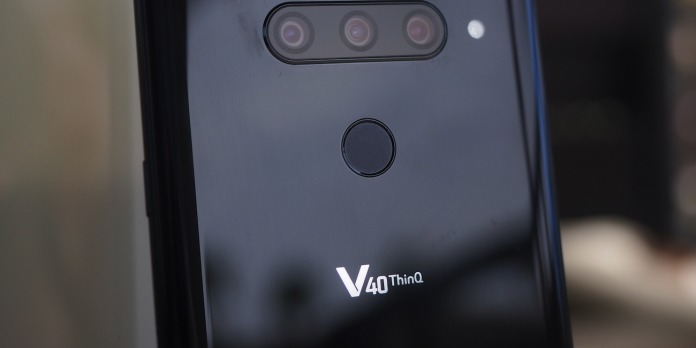 The LG V40 ThinQ dropped earlier this October with premium specs and features. It’s an improved version of the LG G7 and is the other South Korean tech giant’s flagship phone offering for the second half of the year. Yesterday, we reported the availability, release date, and pricing of the smartphone from various mobile carriers including T-Mobile. Some pre-orders are said to have shipped already which is earlier than the October 19 schedule. We’re not complaining. In fact, it’s good because that means LG has been ready with the V40 units–no delays or whatsoever.

The LG V40 ThinQ is said to be a “well-made device” according to one early adopter. The screen is also “awesome” while Bluetooth audio is great.

T-Mobile is one reliable carrier when it comes to shipping products on time. More often than not, it rolls out products days early before launch or shipment date. If you’re curious, the LG V40 ThinQ is also available in stores and other mobile networks.

There are numerous Android phones due this October and LG was one of the first to introduce a new model. We’ve got our hands-on feature and noted the five cameras is really a serious business.