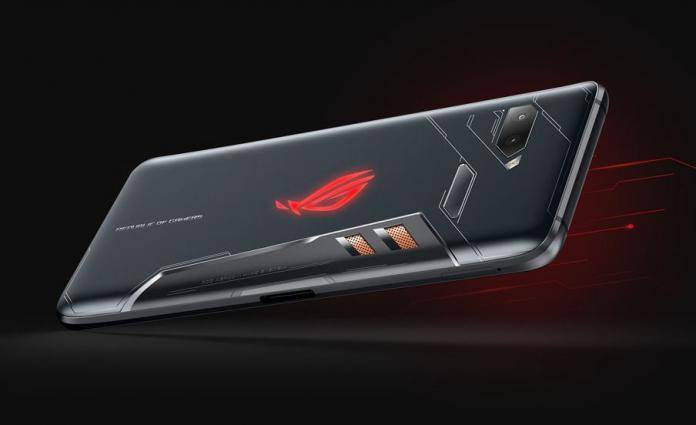 The gaming segment of the PC market has always been characterized by overkill – which means you jack up the hardware specs so high so that the computer won’t even flinch at any game you can throw at it. Not accidentally, this market is where ASUS is getting its gaming nous from, and this is where the branding for its newest gaming smartphone comes from. The ASUS ROG Phone is arriving Q3 this year, and it brings monster hardware specs that will overwhelm even the hardcore mobile gamers.

The Republic of Gamers (ROG) brand has been ASUS’s pathway to the discriminating PC gaming market, and the ROG name is quite popular in that sector. So it’s no surprise that when the time came for ASUS to build a gaming phone of its own, they named it the ROG Phone. This gaming smartphone trend was started a few years back by Razer with its eponymous Razer Phone. Xiaomi soon followed suit with the Black Shark gaming phone, and ZTE as well with the Nubia Red Magic phone. It’s no surprise that ASUS soon announced that it was jumping into that specific pool, and boy did they make a splash.

The ASUS ROG Phone is the epitome of overkill for a phone. You wouldn’t buy it just to do your day-to-day tasks – it can do that like it was nothing. You would get this because it is a gaming phone from the inside out – monster specs and obnoxious gaming aesthetics included.

What’s inside the ROG Phone?

Of course, the first question made of any gaming machine would be to inquire what powers it. In the case of the ROG Phone, it will be quite special. The chipset will be the top of the line Snapdragon 845, but not just your run-of-the-mill SD845 chips. ASUS has cherry-picked Qualcomm’s stocks to find the best cores that can be “speed-binned” to 2.96GHz per core, where it’s normally 2.8GHz.

Then you pair that with 8GB RAM – already huge at this point in smartphone history. The ROG Phone will also come with 128GB of internal storage, but there will also be a model with a ginormous 512GB storage spec. There’s no microSD card slot, but with specs like that, you probably won’t need it.

The display will be an AMOLED screen, and you should be happy for that. The refresh rate is locked at 90Hz – so your eyes won’t tire out easily when going through hours of gaming sessions. But that’s still below the 120Hz refresh rate of the Razer Phone, although the AMOLED display technology is a boon.

The battery is rated at 4,000mAh, and that’s about standard for a device like this. The question will always be how long the battery will last you in gaming sessions. We will still have to see that, but ASUS is bundling Qualcomm’s Quick Charge 3.0 through the normal USB charging port, and Quick Charge 4.0 through the unusual USB port on the side with ASUS’s own HyperCharge technology – which is purportedly able to give you 60% of battery charge in 33 minutes.

Smarttphone design these days have become stagnant to the point that you can expect what a phone would generally look like. Vivo and Oppo have tried to change that up with their new flagships, and we’re quite happy about that. But the ASUS ROG Phone will never be accused of having a boring design. To start with, the diagonal and asymmetrical lines that are built into the phone’s body would shout “Gamer!” to anyone looking at it – so you have to be into this kind of aesthetic if you’d want to carry this around. 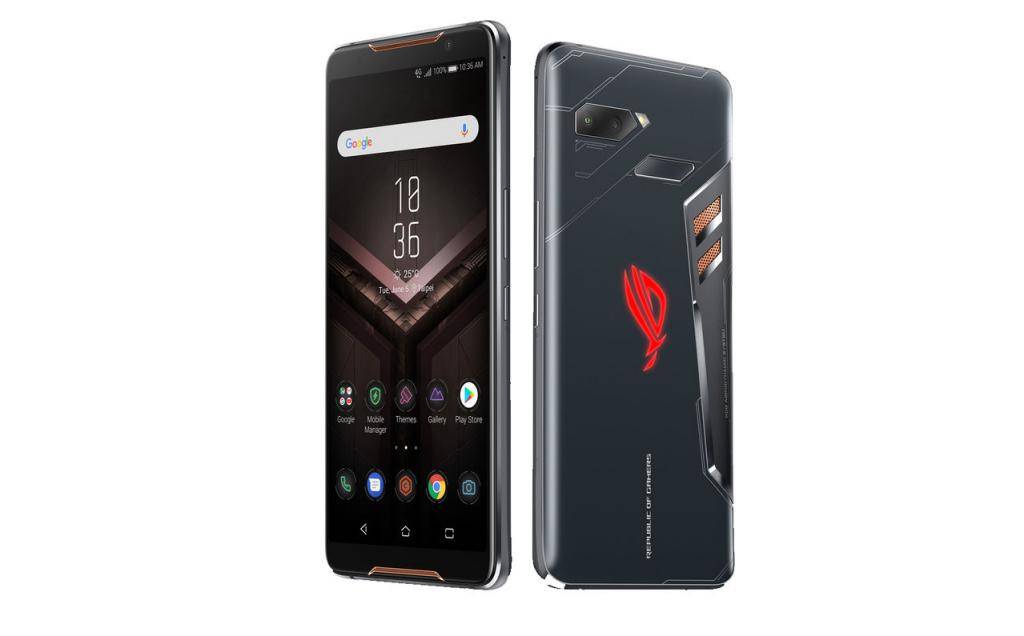 Beyond the unusual shapes and lines – even the camera modules get a weirdly shaped housing at the back – there’s the iconic ROG logo at the back, complete with RBG lighting that seems to be the standard for gaming culture. 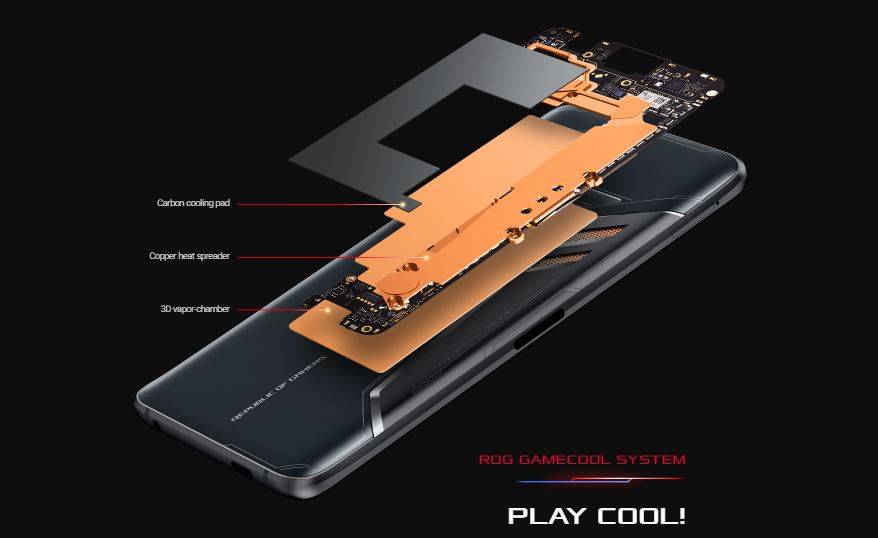 At the back, you will see that there have been considerations for the heat that the processor might produce when in intense gaming situations. ASUS built what they call the GameCool 3D vapor chamber that cools down the device in these situations. This has a copper heat spreader that gives 47 percent improved CPU cooling efficiency over traditional designs.

If you look closely, all the connections you need are there. There is a USB C port for data and charging, and thankfully, a 3.5mm audio jack so you would still be able to use your normal headset to listen to audio. Also hidden in the sides are a set of “ultrasonic AirTrigger touch sensors” for use in landscape gaming. Think of them like the squeeze functions in the HTC or Pixel phones, but you will probably use them more in shooting games like PUBG Mobile or Rules of Survival.

All in all, the ROG Phone comes in at a hefty 200g, a bit heavier than most phones, but that’s to be expected. It is roughly the size of the Razer Phone.

Accessories, and lots of them!

ASUS must have thought about this when they were conceptualizing the ROG Phone, and they came out with a bevy of accessories that you can use with the gaming phone. Of course, gaming culture is all about accessories that will accentuate and improve your gaming performance and experience – ASUS got you covered, and this is exactly why there is an extra USB C port on the side. This port gives you comfortable charging while gaming in landscape mode, but it also serves as modular connector to the ROG Phone’s accessories. 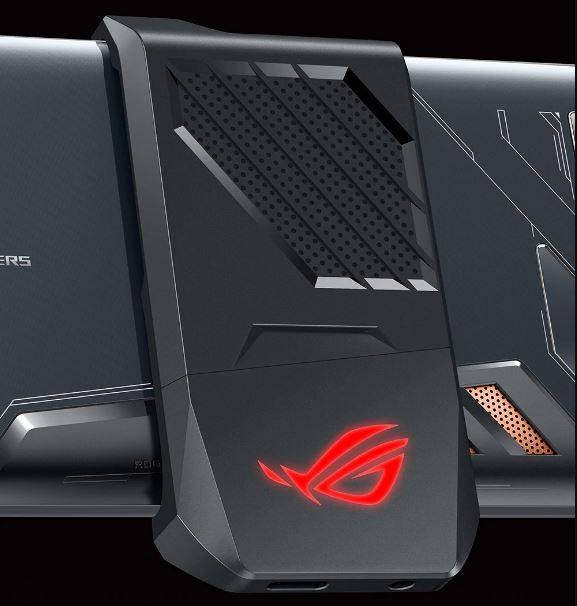 Right off the bat, there will be an “additional fan” accessory that is bundled (free) if you’re a bit paranoid about processor heat. The other accessories, you will have to purchase. That includes the TwinView Dock, which allows a dual-screen handheld gaming experience much like the Nintendo DS handheld console. 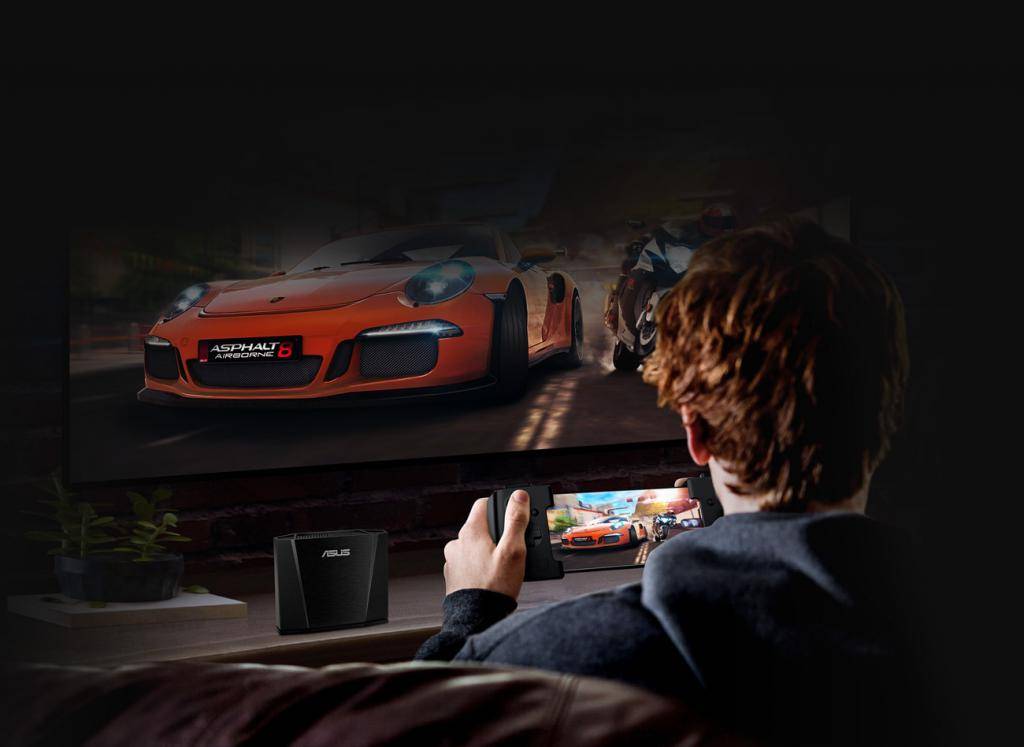 There’s also a Gamevice controller, which gives you console-like controls for gaming. The additional WiGig Dock enables you to cast the phone onto a monitor and play using a keyboard and mouse.

Is the ROG Phone the phone for you?

There is no mistaking it – ASUS has created a beast of a gaming smartphone. There is no pricing for it yet, but if it were to compete with the Razer Phone (reasonably priced at USD$700), the pricing needs to be there or thereabouts. It would probably be priced a bit higher, but not that much higher we hope.

Initial impressions of the ASUS ROG Phone points to a great gaming device, and a real rival for the Razer Phone and the Xiaomi Black Shark. If the objective was to build a unique gaming phone, the ASUS has definitely hit it out of the park with this one.