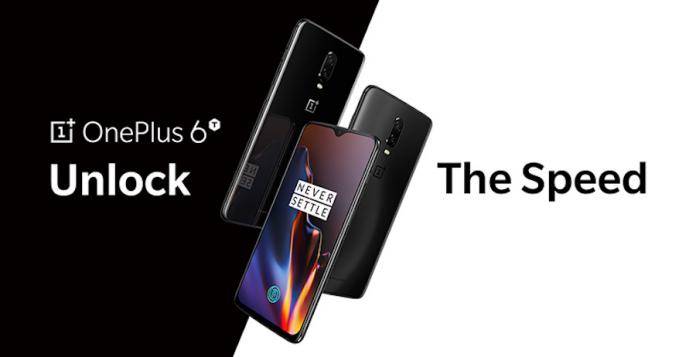 If you’ve been listening to or reading about all the rumors and leaks about the OnePlus 6T, then the official announcement of the device today is probably not surprising anymore to you. Most publications did get almost all of the rumored specs right but of course what’s important to know today is not just what’s official official, but also when it will be available for purchase. In the US at least, we’ll be getting the new smartphone starting November 1 at T-Mobile stores across the country.

The actual specs of the OnePlus 6T are pretty impressive. It has a 6.41-inch Optic AMOLED display with 2360 x 1080 and 402 dpi and is powered by the Qualcomm Snapdragon 845, which on paper should be able to make your device faster. It has a 3700mAh battery and its Fast Charging technology should get you fully charged in just 30 minutes. The OxygenOS platform will be running on Android Pie and they say it’s the smoothest OS yet.

Camera-wise, it boasts of a dual rear camera with 16MP and 20MP sensors and a 16MP front-facing shooter. It uses Multi-Frame Processing so your photos won’t have any shutter lag and its intelligent scene recognition will be able to adjust the brightness, contrast, and saturation depending on your lighting conditions. It also has a Nightscape feature which should give you highly detailed city shots in the evening. You can record video with 4K resolution and you can do it in slo-mo at 480 frames per second.

There will be three different versions in terms of RAM and storage. There’s one with a 6GB RAM and 128GB internal which is the lowest priced one at $549. The 8GB RAM and 128GB storage meanwhile is slightly more expensive at $579 and will be available in Mirror Black or Midnight Black. The most expensive one is the 8GB RAM with 256GB of internal storage and it will be priced at $629, which is still cheaper than a lot of high-end flagships now.

The OnePlus 6T will be available starting November 1 at all T-Mobile stores across the U.S. It will also be available in India by November 1 and then in Europe by November 6. There will probably be other carriers later on and also some off-contract pricing so watch out for further announcements.