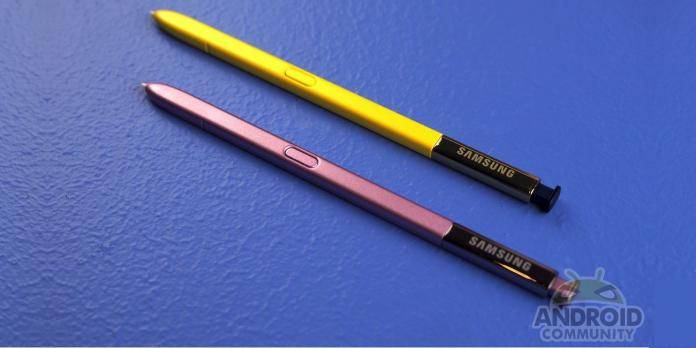 The arrival of Samsung Galaxy Note 9 is a great way to end the week. Then again, we have a feeling the new premium phablet from the South Korean tech giant will be the talk of gadget town at least in the next couple of months. It’s difficult to make a final judgment now because it’s relatively new. We’ve got our hands on feature but it will take time before we decide if it’s worth your hard-earned money. At this point, we can say it is Samsung’s second chance.

One of the more notable features of the new Samsung Galaxy Note 9 is the new and improved S Pen which has been another favorite topic since January. We said it’s worth the upgrade because of the possible Bluetooth connectivity.

Some S-Pen details were revealed before the official Galaxy Note 9 launch–that it would have water-resistance training, Bluetooth connection, and battery. As it turned out, there is still no real battery but it features Bluetooth Low Energy (BLE).

The S Pen with remote control is a leveled-up stylus as it turns those simple gestures into more powerful actions. It’s a remote control for the Note 9 that allows you to manage key features and functions. Use it to control the camera even when your phone is 10 meters away from you. 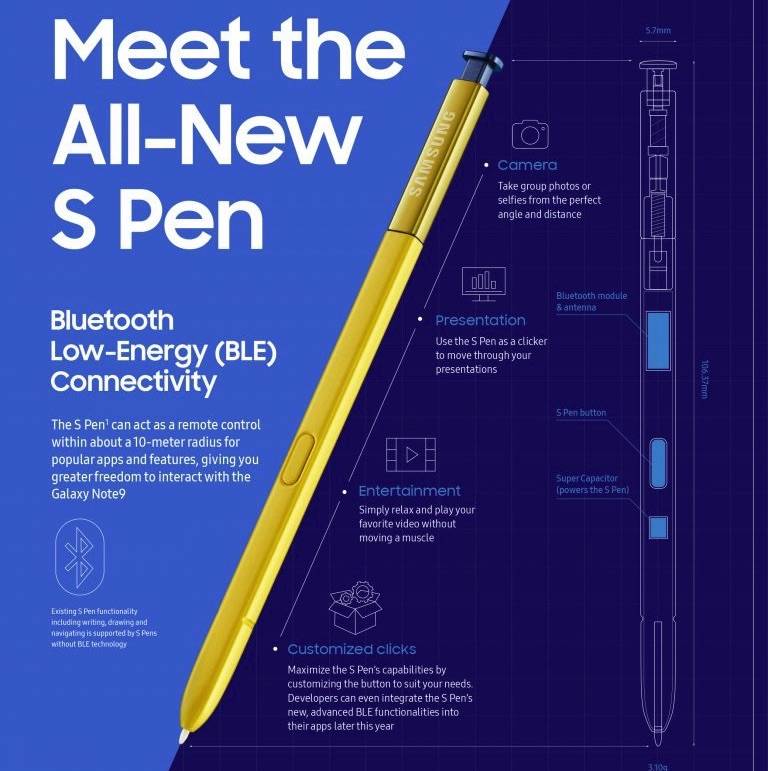 Believe it or not, the Galaxy Note 9 S Pen doesn’t actually have any battery. It uses a Super Capacitor instead to keep the stylus working. It allows ultra-fast charging so it’s like forever charged.

When you have a presentation, you can use the S-Pen as a clicker. When watching your favorite TV show or movie, use it to control playback. For your other needs, you may personalize what command the button will respond to. In the near future, BLE functionalities can be integrated into mobile apps.

With the S Pen, you can make the most of multitasking, especially with the Samsung DeX support. Write or draw on the Galaxy Note 9 with your S Pen with its pressure-sensitive tip and the Screen off memo feature. The Live Message from last year can be more fun when you draw your own emojis or animation. Customize those photos with handwritten messages and pen effects.