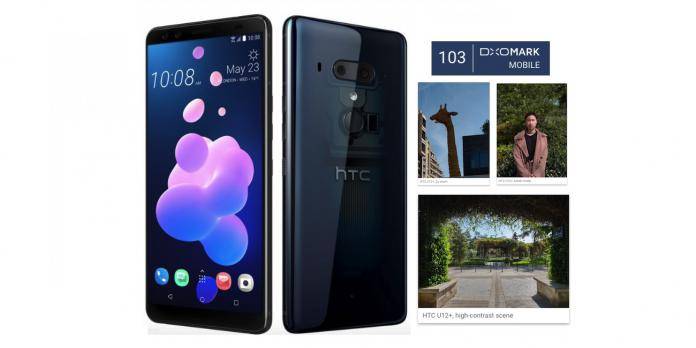 We’ve been waiting for this: the HTC U12+. The Taiwanese tech giant’s premium flagship smartphone has been delayed a bit after skipping the Mobile World Congress 2018. We’ve seen image renders showing a full-screen bezel-less display. An ‘HTC Imagine’ was also shown off at a tech event while U12 specs were revealed earlier. We noted it may feature a matte white metal and glass body with no notch and that it will only be the premium flagship offering. Instead of HTC U12, it would be called as the HTC U12+.

The HTC U12+ live photos were shared online before the grand reveal. We finally got our hands-on feature and we highlighted how there are more edges, more cameras, and still no notches. And so there’s only the HTC U12+. Don’t expect any HTC U12 because to be honest, the U12+ is enough.

If you’re not yet convinced the HTC U12+ is worth a second look, then perhaps the fact the smartphone received an average mobile score of 103 on DxOMark is enough. The knockout results were made possible by the 12MP wide-angle cam and 16MP telephoto camera plus the twin 8MP selfie cameras. So there’s not just three cameras, there are four: two at the back and two at the front. The more cameras–the better! Dual cameras are common now even on budget and mid-range phones but only a few OEMs have decided to use dual selfie cameras. One major advantage of this is easier bokeh selfies.

HTC has placed emphasis on the U12+ imaging features. It’s now the 2nd best phone on DxOMark, edging out the Huawei P20 by one point. We have yet to perform our own comprehensive review but for now, the words of DxOMark will be enough to convince the market.

The HTC U12+ obviously worked hard on this one. It has leveled up its mobile photography game–a total improvement from HTC U11’s DxOMark score of 90 last year. But then again, the HTC U11 was named a new winner for a while and even beat the Pixel.

Aside from the cameras, the Snapdragon 845 processor offers power for imaging tasks, RAW-format file support, and greater manual control. The phone also offers an Ultraspeed Autofocus 2 system that features phase detection and laser-assisted autofocus. The dual-tone LED flash unit and bokeh simulation mode both add to producing quality images especially portraits. For videographers and content creators, you can capture videos at 4K resolution up to 60fps. 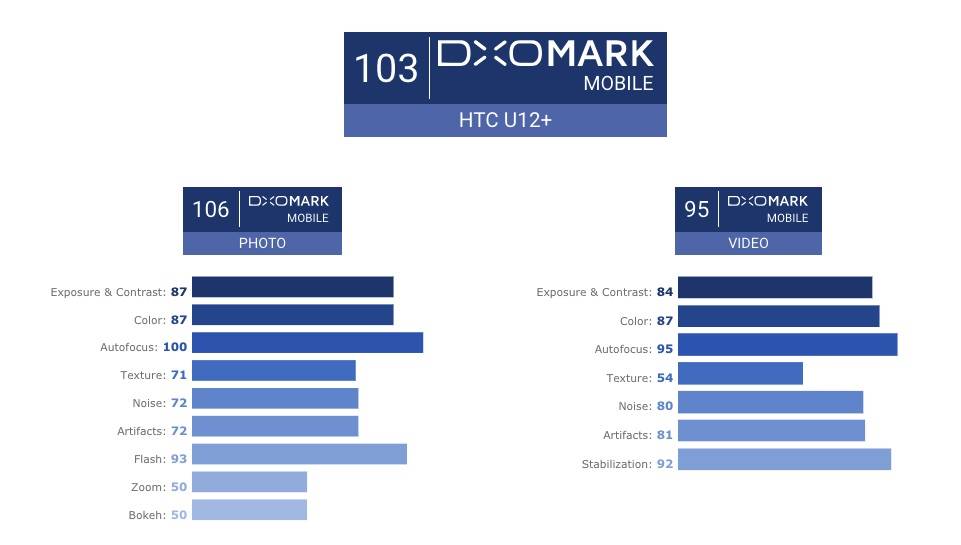 HTC U12+ camera system’s autofocus is very fast and accurate and offers pleasant color and accurate white balance. The accurate exposure and wide dynamic range are evident. There’s good detail and texture preservation while bokeh simulation is natural and attractive.

Some downside: visible artifacts in HDR images, visible noise in low-light images, and low detail in long- and medium-range zoom shots indoors and in low light.