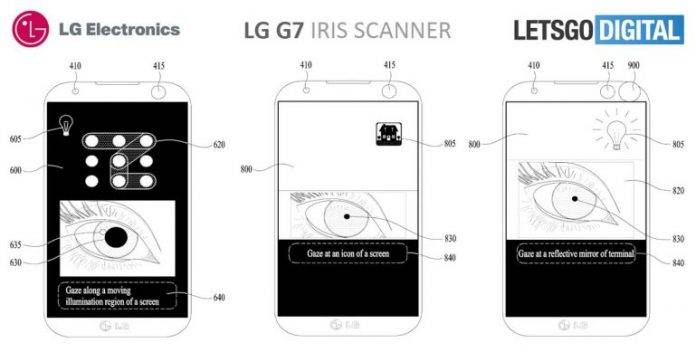 Nothing is certain yet but the next LG flagship phone may sport an iris scanner and a Snapdragon 845 processor. The LG G7 is expected to be unveiled in the first quarter of the year and it may boast of the iris recognition technology that has slowly entered the mobile industry. We first tried it with the Samsung Galaxy Note 7 but we all know what happened to the phone. The South Korean tech giant then decided to roll it out again on the next premium flagship phones–the Galaxy S8 and S8+ plus the recently announced Galaxy Note 8. We have a feeling other OEMs will follow and one of the firsts will be LG.

LG is set to unveil the G7 in the coming months with the advanced technology for security. Nokia is also rumored to feature the same tech. The feature isn’t perfect yet but we know it has big potential to be utilized for more functions.

The other South Korean tech giant is no longer thinking of using 18:9 display bezel-less screen because LG actually started it. Other OEMs just followed. Now, it’s time for the company to work on something new. The iris scanner could be a nice addition and to beat Samsung, it may probably innovate a bit like add more responsiveness and speed.