OnePlus’ latest flagship smartphone offering is the OnePlus 6. The Chinese OEM never really settles so it’s still in the business. We have no idea about the numbers but the OnePlus 6 is already the fifth-gen phone. Of course, Zack Nelson has managed to get a unit to “semi-scientifically review”. What’s featured here is the Mirror Black version of the new phone that shows super deep blacks. The OnePlus 6 comes with a pre-installed screen protector for the AMOLED display. Inside the box is a protective case. As with most premium phones, the Gorilla Glass 5 scratches at level six and with a deeper groove at level 7.

The phone comes with a notch as promised, housing the 16MP selfie camera with electronic image stabilization and face unlock. The speaker grille at the middle looks solid that it won’t fall off even with force.

The sides of the phone are made of metal including the buttons and volume rocker. There’s a USB-C slot at the bottom, as well as, a headphone jack. What’s interesting is the plastic between the metal and the display that actually shields the brittle glass from the metal. It becomes useful if the device is dropped. 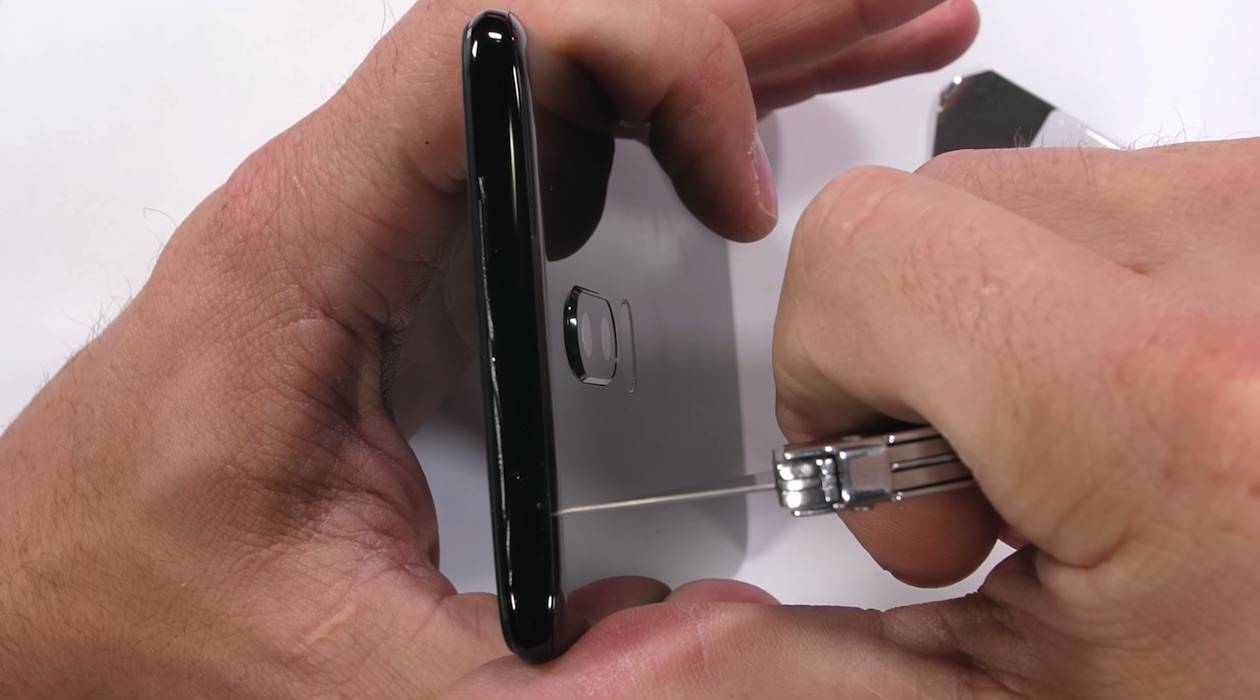 At the back, the all-glass panel makes an impression as it can’t be scratched. Not even the cover of the dual cameras and the fingerprint sensor, it’s very well protected from scratching off.

When burning the screen, the display took 20 seconds before the pixels died. The screen recovers so there shouldn’t be any problem. When bending the phone from the back and the front, there is no flex whatsoever as it’s really solidly built.