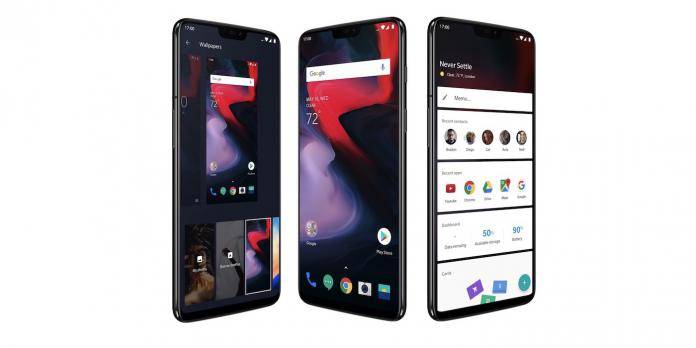 OnePlus traditionally launches a new flagship model June of each year but for 2018, it’s different. The OnePlus 6 has been the talk of gadget town (or at least among fans) since March when we first heard the device would have a Snapdragon 845 chipset and a 19:9 display. Sales of the OnePlus 5T were halted in North America, which got us thinking OnePlus 6 was in the works already. It really was because, at that time, the phone easily hit Geekbench with high scores.

The OnePlus 6 was soon officially confirmed with Snapdragon 845 and 8GB RAM. We’ve been expecting an enhanced form factor with new materials but with the same craftsmanship and that glass back with 5-layer Nanotech Coating. Even before the public launch, we already saw some protective phone cases up for pre-order on Mobile Fun.

We’ve also seen several leaks and renders and those teasers from the company. We saw a glimpse of the OnePlus 6 on Amazon.de and today, all our questions are being answered as OnePlus makes the official announcement.

OnePlus 6 is special in many ways. It’s not just because a Marvel Avengers special edition will be released but because it offers something new and better compared to the older phones.

Here are six (6) reasons why you should buy or upgrade to a OnePlus 6:

The OnePlus 6 was earlier confirmed to offer ‘the speed you need’ as per a short video clip we saw last month. With 8GB of RAM and the latest Snapdragon 845 mobile processor by Qualcomm, you can breeze through those apps in no time. Shift between apps and games as you work, browse, and play.

As we all know, the Snapdragon 845 makes the OnePlus 6’s performance faster by 30% and power consumption lower by ten percent. The bigger RAM offers more speed so you can use apps, play games, browse social media, and switch between them faster than ever. When it comes to mobile connectivity, the phone lets you download and share files with 4×4 MIMO. The Dual-SIM support allows you to use the phone wherever you are in the world with more than 37 supported bands. Charging is also faster with OnePlus Fast Charge even while you are using the device.

A OnePlus 6 front panel image that leaked on Weibo showed a notch and true enough, the new design element is implemented. The OnePlus 6 features a notch for a bigger screen real estate and a bigger, better display performance with the sRGB and DCI-P3 color calibrations. If you don’t like the notch, there is an option to hide.

The OnePlus 6 screen shows more content, offering a more immersive experience. It features a 6.28-inch Optic AMOLED display with 83.8% screen-to-body ratio, 1080 x 2280 pixel resolution, and Corning Gorilla Glass 5. Its 402 PPI is the lowest so far when compared to other premium flagships. 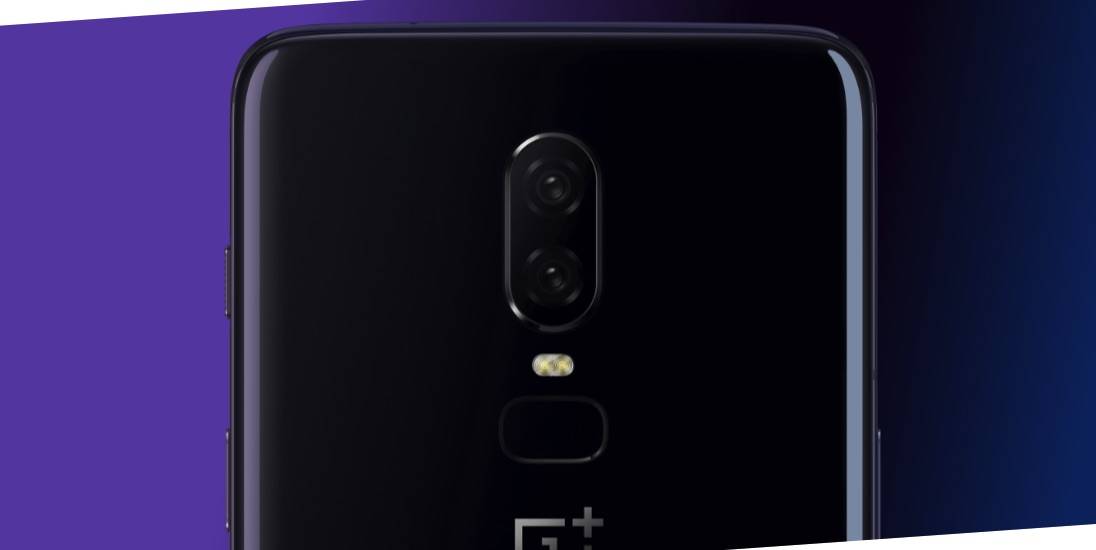 OnePlus 6 comes with a 16MP + 20MP dual camera setup with Optical Image Stabilization (OIS) that offers speed and captures table shots and super clear images. The camera may be faster but it is also capable of super slow-mo function with 480 fps. For hi-res videos, it can record 4K at 60 FPS.

The phone includes an effective Portrait Mode that adds depth-of-field to images. There’s also a new video editor that makes it easier for you to trim and filter videos, add loop effects, apply reverse, or add slow motion manually. 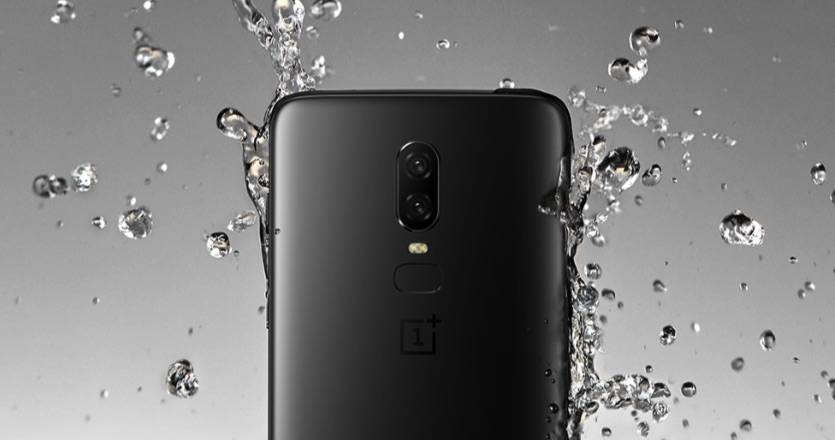 The new OnePlus phone was once teased and we figured it would be able to resist some water. It is water-resistant so you can be worry-free even when there’s some splash of rain or if your hands are wet. It is only water-resistant and NOT waterproof so this means you can’t take it underwater.

OnePlus 6 is ready for rain, thanks to that special foam layer between the screen and battery cover. The fingerprint scanner and headphone jack are protected with waterproof materials. The buttons are sealed with silicone loops for the gaps.

The software runs smooth and fast. The OxygenOS tells the OnePlus 6 to only render whatever is shown on the screen and forget about the background. The mobile platform lets you ‘Do more with less’. You can be more productive because there’s no obvious lag or wait time.

The OS comes with smart software optimizations and meaningful features. When playing games with the Gaming Mode, you will only experience few lags so you can enjoy more wins. See smoother animations and faster load-times. And to make you focus more, software buttons are turned off and notifications are blocked. There’s also the Alert Slide that reduces distractions. Choose either Ring, Vibrate, or Silent.

OnePlus earlier introduced the Bullets line of wireless headphones. The Bullets Wireless could be your “Best Buds for Life”. It offers fast charging–a 10-minute charge can give up to five hours of usage. The pair offers a magnetic control, total comfort, and convenience as you can easily switch between music, apps, and the Google Assistant.