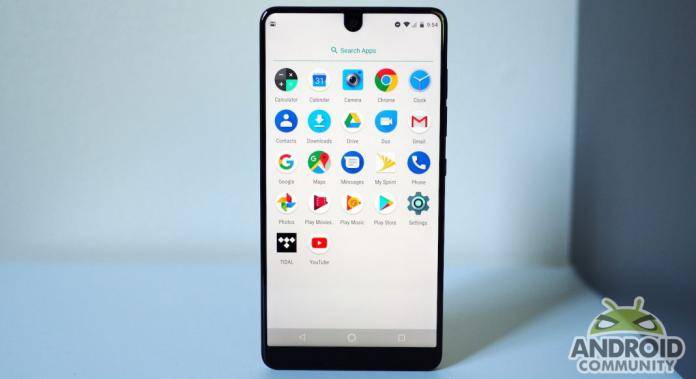 The past year has been tough and interesting for Essential. Andy Rubin’s new startup company which was officially introduced in May last year has been marketing the Essential Phone but with little success. Even before its launch, the device was rumored and leaked and made us excited for its entry into the mobile market. Rubin demoed the phone and was promised to ship in 30 days. It was seen in the wild having a mysterious cutout which turned out to be the notch.

Andy Rubin’s Essential Phone was unveiled and then shown off. The promised release date wasn’t met as the phone missed Rubin’s deadline. While waiting, the phone was spotted and sample photos and videos were made public.

The launch wasn’t ideal because even before then, the Essential Team already faced several issues including the Spigen trademark infringement case against Essential and being sued by an old partner for trade secrets theft. There was the delay and not many liked the idea the Essential Phone would be exclusive to one mobile carrier only. The sample photos and videos weren’t as impressive but we hoped they would be improved in time for market release.

Sales of the Essential Phone extended to other retailers like Best Buy and Amazon. The Essential Phone with 128GB storage and 4G LTE was discounted earlier on Best Buy. The phone received a significant price cut and another discount was given with special friends and family code.

Andy Rubin may have been raising more money for Essential Products but that didn’t make things better for the company. When the Essential Phone arrived after a few weeks, the team Essential Phone generously explained the dual real camera technology and tuning phases as if we didn’t already understand. The phone launched unlocked on Best Buy. Those who pre-ordered the phone received theirs one week earlier. The phone is also sold on Best Buy.

There were not so ideal situations as Essential Phone customers’ information were accidentally sent out to others. Essential Phone received the teardown treatment (and another one) which revealed challenging repairability. The phone also underwent a durability test and a series of drop tests. The phone did survive.

Andy Rubin’s Essential Phone only sold 5,000 units after a couple of months since launch. We don’t know the exact numbers now but we believe they’re not significant and expectations haven’t been met. One report said around 20,000 units were sold at its original price of $699 and 150,000 when $200 was slashed off the price.

The Essential Phone was designed in mind as a premium Android phone. However, it faced a number of challenges most especially ever since Andy Rubin took a leave of absence.

IDC was quick to point out Essential Phone failed to sell. With all these challenges, we’ve been wondering if the Essential team will still release a new phone. We said the Essential Phone will have a follow-up model with a better camera. The next-gen Essential Phone may no longer have a notch. Those information gave us hope but unfortunately, we have to cut short our dreams as Essential has already axed development of the supposed second device. The company is also said to be sold off by Playground Global. The latter is the startup Rubin found in 2015 after leaving Google. The former Android chief had ambitions for the phone but failed. The modular-add-on system had potential but only a 360-degree camera and the Essential Home were introduced. The Essential Phone even made a mark with the notch design that most OEMs are now implementing.

The team will not totally stop the business but will focus now on the Essential Home.

We always have multiple products in development at the same time and we embrace canceling some in favor of the ones we think will be bigger hits. We are putting all of our efforts towards our future, game-changing products, which include mobile and home products.