Andy Rubin’s new baby, the Essential Phone, was unveiled in May after a few weeks of rumors and speculations. The Father of Android demoed the phone and said it would ship in 30 days. Unfortunately, it was delayed and then was promised again to be available soon. The phone quickly made an impression with its dual rear cameras, large navigation and status bar but not without some issues.

Believe it or not, this Vanilla Ice Cream phone is a challenge to repair according to a teardown. It’s very durable but the company has only sold some over 5,000 units since it hit the market in August. The market reception isn’t as kind but the Essential team is positive about the phone especially after rolling out some updates.

We’re still feeling good about the Essential Phone because the team behind it has been working hard on development and now marketing. We appreciate them turning to Reddit and holding AMA sessions to answer questions and touch case with the consumers.

As if those sessions are not enough, Essential Phone’s Vice President of Software Engineering, Rebecca Zavin, sat down with Android Authority while at Rubin’s Playground incubator. Zavin willingly answered all the questions and we learned the Essential Phone was first planned to be a premium device when asked about what is exactly is its niche. It’s supposed to be premium with the premium hardware and materials. 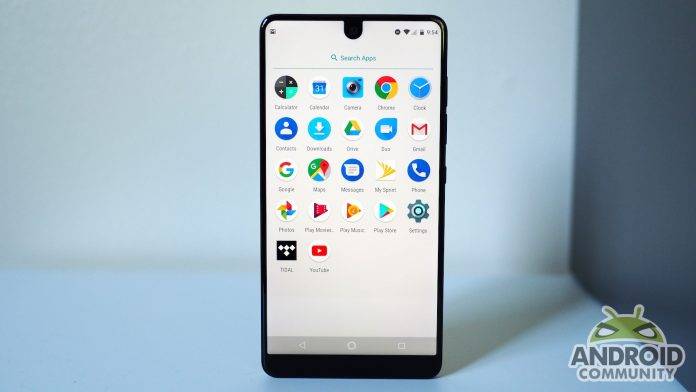 The Essential Phone was first introduced with a high price of $699. That’s in the premium category and if you want more experience with the phone, there’s the 360-degree camera available for $199. So what makes the Essential Phone different from the other Android phones? Well, it’s Android sans the many extra items (the bloat) so it runs faster.

Zavin shared more things about the phone. Android Oreo is now in beta for the Essential Phone. Updating is faster because there aren’t many “extras”. The camera system will be further improved with updates that will arrive through the Play Store. We can expect the phone will also be released in other markets with more accessories and more software updates.