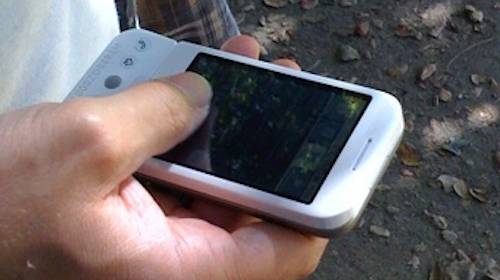 HTC may no longer be in the top rankings when we talk about mobile phones these days but we’ll always remember the brand for releasing the first commercially available smartphone. BlackBerry may be boasting itself as a pioneer in the smartphone industry but within the Android community, we know the HTC Dream was the first. This smartphone was also popular for its other name–the T-Mobile G1. Obviously, the G1 was released by T-Mobile as an exclusive phone offering. Let’s do a bit of nostalgia and walk down memory lane.

The first time we heard about the HTC Dream and perhaps the first time we ever mentioned the phone on our website was back in May 2008. That’s over a decade ago when we showed you first live images of and videos of fullscreen Android demos. We remember calling the smartphone as the HTC Android Dream because around that time, nothing was final yet. We even showed you exclusive demo videos. (Yup, they’re still on YouTube. Check the following videos: 1,2,3,4,5,6)

The IO conference crowd was impressed with the Android demonstration and so a Q&A video and transcript plus hardware details were released for the public’s information. We were ambitious during the early days and were expecting more models would be revealed but T-Mobile quickly noted the HTC Dream would be the only Android handset that year. The FCC kept the HTC Dream alive and kicking and soon more related information were revealed including T-Mobile G1 preorder details, device engineering drawings, and that HTC Dream G1 render based on early leaks.

Even before the official launch of the G1 phone, T-Mobile UK was rumored to get the HTC G1 Dream in November that year. An SKU code confirmed the first Android phone was close to launching. We knew it would be coming to Europe when the Android handset made an appearance at Google London Developer Day.

Soon, the launch was confirmed and we saw the early leaks.

The smartphone also appeared on a T-Mobile customer promotions page. Believe it or not, 10 years ago, we tried giving away a T-Mobile G1 smartphone. The official product website went up but we weren’t sure if it would use a multi-core Qualcomm processor.

Together with our SlashGear team, Android Community did a T-Mobile G1 Live Blog. It was exciting because it was one of our first features.

And so we finally saw the camera-shy brown G1 (white T-Mobile G1 was also available) and presented you live photos, a hands-on video demo of the Google Street View, and a walkthrough of YouTube, AmazonMP3, and Settings.

The pre-order came to an end and we got excited to know EA Mobile would bring mobile games to Android. During this period, there weren’t many apps available yet but we remember the award-winning Android app feature ShopSavvy and that Android virtual keyboard.

Our T-Mobile G1 hands-on was a success although we couldn’t tell then if it would measure up. The device was made ready for the SanDisk 16GB microSDHC card  and was complemented by a Golla G1 case. The people behind the Android smartphone expected to sell half a million T-Mobile G1 in 2008. Again, that was ambitious even for the United States as a key market.

If you got yourself a T-Mobile G1, you probably were one of the few happy with the complete service manual that was released.

After the September 2008 launch and reaching San Francisco early, the HTC Dream was set to launch in Singapore, Australia, Taiwan, Philippines, and France via Orange France. It was rreleased in Canada via Rogers Wireless and Global Wireless and then the idea of a Dream G2 also surfaced.

The Android OS began to be updated starting with Android 1.5 Cupcake, Android 1.6 firmware, Android 2.2 ROM, and Honeycomb (ported). New apps entered the Google Play Store like Spotify and GoTV. An official bootloader unlock rolled out for the HTC Dream a few years later.

We wondered if the HTC Dream (T-Mobile G1) would be the only Android handset to be released that year but Samsung and LGweres quick to say they would releasing Androids as soon as Q3 2009. It was the same with Motorola, Huawei, and Lenovo.

The T-Mobile G1 is now its 10th Anniversary this month. It’s hard to believe how the Android platform developed through the years but we witnessed everything. But focusing on the T-Mobile G1 aka the HTC Dream, the smartphone was seen as ‘a real alternative’ to the iPhone according to American journalist Walt Mossberg. The G1 GPS was confirmed and pre-loaded with goodies.

When the first T-Mobile G1 promo video surfaced, we knew the Android mobile arena would become bigger. It did and it’s been one crazy but exciting decade.

Android’s development has been intense and as you know by now, it’s the top mobile OS in the world today. We could go on and on about how Android has changed the world but right now, we’re interested about the good ol’ T-Mobile G1. 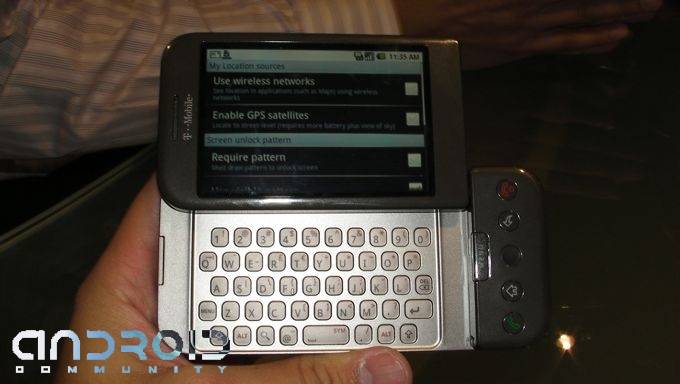 Some people may have forgotten about it but the T-Mobile G1 (HTC Dream) made a huge impact that Google decided to G1 designers Mike and Maaike. The HTC G1 Android phone has undergone further changes from getting Android 1.6 to 4.1 Jelly Bean to HTC Sense.

The HTC T-Mobile G1 became the fifth best-selling smartphone in US. The phone also received other important updates like voice-controlled search with the RC-33 update, extended battery life, and an on-screen keyboard.

T-Mobile G1 was also a subject of numerous hacks and mods including that multitouch hack, Google Maps Navigation, hack with Android Arduino support, and a G1 gamepad.

In 2013, T-Mobile G1 and Android celebrated 5th birthday and we took notice. Another five years later, we’re here telling you about how the smartphone became a game-changer.

We haven’t heard anything new about the T-Mobile G1 or HTC Dream since that 5th anniversary but we look forward to the next decade of witnessing how the Android platform would transform our lives.