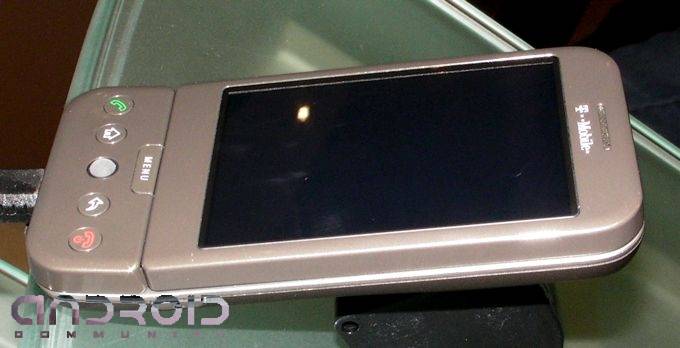 With all the sightings of the G1 at the event today, it has become clear that black is the color favorite. There were a few white models in pictures here and there. Word is the brown one was spotted but we really did not see much of it.  While the showroom was crowded with long lines and tons of media running about we had to get a shot of the brown, so we sent Vince back in to seek one out. He managed to get his hands on it but only for a moment, as well as plenty more hands-on images.

I, as did most of our forum users, hoped for a brown G1 similar to the early brown Zune. This was not the case here. The brown is a very light, faded shade, almost a grey in fact. It has the same soft touch casing as the black version. It is unclear as to weather the keyboard is a different color, as we saw in the black and white model.

I’m curious to know which your color favorite is.  The black looks slick, but the white has been surprisingly popular too.  Let me know in the comments.