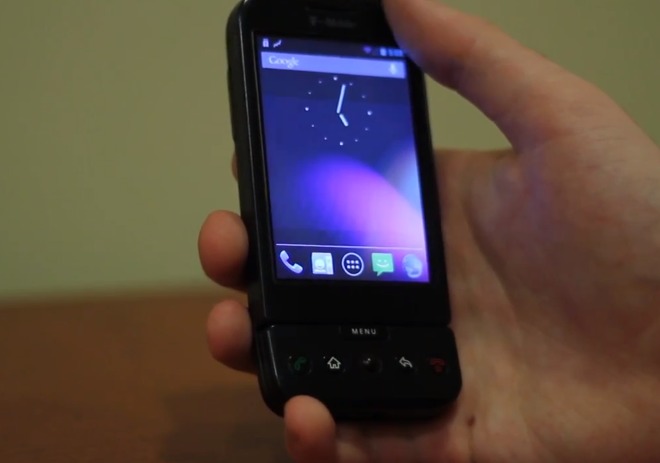 Say hello to the HTC G1, the first of its kind original Android smartphone. The “when will my phone get updated” story is an overplayed one, but today the G1 has most of you already beat. Today we have a neat video showing the HTC G1 running on Google’s latest Android 4.1.1 Jelly Bean. Pretty impressive for such an old phone.

The HTC G1 just won’t die, and we don’t want it to either. After managing to get Android 4.0 Ice Cream Sandwich running on it, those fancy developers at XDA have done the same again with Google’s latest OS. It’s time to dust off that aging and ancient G1 and enjoy some Jelly beans.

What you see above is a “somewhat” working version of CyanogenMod 10. Obviously with the internals of the G1 things will be slow. You don’t have hardware acceleration or any of the many many things needed to be smooth, but I still enjoyed it.

Obviously with a phone of the G1’s old age we didn’t expect much. It is slow, laggy, choppy, and for the most part broken. The key here is it happened. Someone was able to successfully get it up and running, and usable. Just as the video says, you’ll never use this for your main phone, but it’s fun to dust off the old OG Android and give her a spin.

This is one of the many reasons we love Android, and the entire developer community. Well done guys!