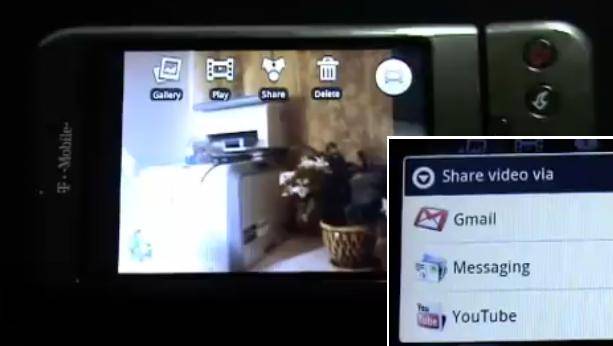 HTC and Google have released Android 1.5 Cupcake for owners of the Android Dev Phone, available as a free download from the manufacturers site.  Cupcake adds video recording to Android, including one-touch uploads to YouTube, plus a new on-screen QWERTY keyboard.  There are also tweaks to the browser, predominantly to increase speed in rendering, zooming and scrolling.

Arsen shot the following demo video of Cupcake 1.5 in action, including the video recording and the new auto-complete URL suggestions introduced with the on-screen keyboard.  According to their feedback, the browser does indeed run faster but 3GP video captured by the G1 was less successful, with numerous skips and judders.

The HTC download will apparently only work with the HTC Dream (aka T-Mobile G1) hardware, and must be a developer device rather than a standard retail handset.  However that’s unlikely to stop the teams of avid Android tweakers who right now are looking for ways to modify the firmware for a general install, ahead of the official May release.