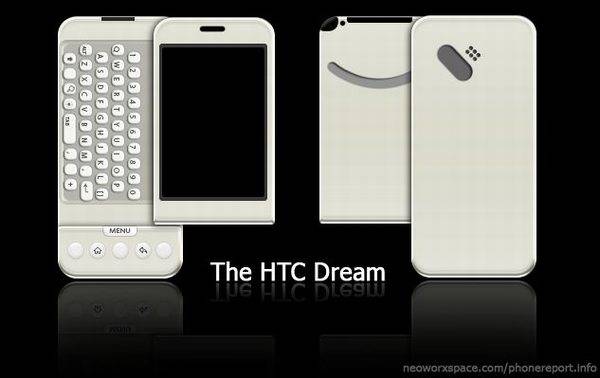 Working from the leaked photos, videos and engineers’ sketches, artist Neo Carlo Magno has put together this render of what the HTC Dream G1 will probably look like. It’s a first attempt, but does include the full QWERTY keyboard and row of shortcuts on the G1’s “chin” section, together with the unusual arc slide mechanism.

What it doesn’t show is the camera, which is currently unclear in the sketches we’ve seen so far. Logos are also missing, despite them being visible in the engineer’s sketch, and the trackball navigation device on the “chin” does look more like a button here.