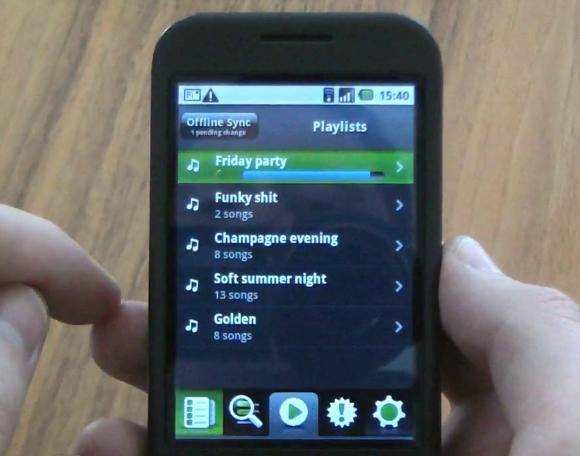 Spotify, who provide a free music streaming service, have demonstrated their new mobile client on the T-Mobile G1.  The new Android app – which is yet to be released – allows tracks to be synchronized with the handset for offline playback, meaning that even without WiFi or cellular data music can be played back.

The app also supports on-device searches and custom playlists, with straightforward access to the company’s huge catalog of tracks.  It’s also synchronized with their existing desktop app, meaning you can search for and add a track on the desktop and have it sync for offline playback on the cellphone.

As a desktop Spotify user, this is just what I’ve been waiting for.  The company has previously said that they’d be requiring mobile users to sign up for their premium service (which cuts out the adverts that intermittently pop up for free account holders) and frankly this looks well worth it.  No word on when we could expect to see a release; they’re promising more details at Google I/O.