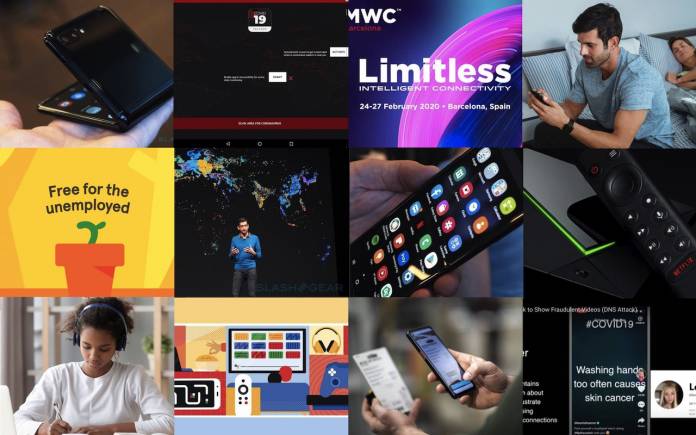 The first half of the year is about to be done. One more month and we’ll move to H2. It’s only May but it seems the year 2020 is longer. It’s not just because it’s a leap year but because of all the things that have happened since January. In the first month alone, several volcanoes erupted. There were massive bushfires across Australia. There was flooding in Jakarta. In February, the issue of coronavirus spreading started to become intense. China and Italy have been badly hit and by March, most countries have begun to close their borders.

Community quarantine or what many people refer to as “lockdown” has been recommended to most cities around the globe. We don’t have the numbers right now but if you will ask your friends on social media, they will tell you the same thing: they’ve been asked to stay home.

Staying home means not going out of the house. Schools have been shut down. Most employees have no choice but to work from home. Others, the essential workers, struggle to go to work each day–hoping not to be infected.

The pandemic has truly affected everyone and every business. We’ve lost hundreds of thousands of people already. We feel for those who have lost their loved ones and we hope we don’t lose anyone. In the tech world, it’s almost the same. Companies and businesses have been hit although we haven’t heard of any major brand going bankrupt just yet.

Life goes on for most tech companies but still with caution. Employees work from home but there are those that still go to factories. Before all the lockdown and the quarantine period happened, we remember the Mobile World Congress (MWC 2020) being canceled officially over coronavirus threat. It was interesting then because only days before the announcement, the GSMA said MWC would go ahead despite major brands’ withdrawal due to the virus.

Before the assurance and the cancelation, some brands already pulled out from participating in the event. LG first made public its decision to not join MWC 2020 in Barcelona. This was after several related announcements from OPPO, Sony, and Huawei they would be presenting new products. Soon after GSMA’s major announcement, OPPO also postponed the OPPO Find X2 launch.

Large exhibitors have pulled out from the event because they were concerned about their employees. There were also Amazon, Ericsson, and NVIDIA leaving the MWC. A lot of people canceled their trips and flights. Back then, we had no idea things would turn out this way.

Apart from the Mobile World Congress, another major tech event was canceled. The Google I/O 2020 which was supposed to happen this month but it was also officially canceled. No online event would be held either over the virus scare. We initially said it would be remote and then Google totally canceled. There will only be the ‘Android 11: The Beta Launch Show’ happening on June 3, 11 AM ET.

The cancelation of the Google I/O 2020 was disappointing for Google fans and Android developers but it must be done. The Pixel 4a and Pixel 4a XL were supposed to be revealed but looks like we’ll have to wait for next week but then there is that information about a July launch. Google is also affected by the pandemic but Pixel remains a focus.

Going Online or Not

Even Samsung has decided to go online for its next major launch. The Galaxy Note 20 and the Galaxy Fold 2 will be launched vvia an online event only instead of the traditional Unpacked event in New York which has been hit badly by COVID-19.

Interestingly, the group behind IFA 2020 is still planning to push through with the event in Berlin. In-person events are being planned but of course, that is subject to change, although we’re really hoping things will be better by September.

What Has Happened So Far

These cancelations and workplaces closing have certainly affected many industries and businesses. For a time, Samsung and LG Innotek shut down factories because of virus cases. Specifically, the Galaxy Z Flip factory was closed down. The company’s plan for EUV-based 5nm chips was also disrupted. Samsung is back in business and promised to still release the Galaxy Note 20 and Galaxy Fold 2 right on schedule. Even Apple is expected to release new products on schedule.

Global smartphone shipments experienced its biggest fall in February 2020. It was mainly due to many businesses and economies affected by the COVID-19 Pandemic. However, it’s mostly good news for Samsung as the Galaxy A51 was named the best-selling smartphone in the United States in the first quarter of the year (Q1 2020).

Unfortunately, the Samsung Galaxy S20 series sales were down due to virus outbreak. Meanwhile, video game products sales and consumption were up during Q1. There are also the global medical and social impact and but this point, there really is nothing we can do but stay home, wait, and hope for the best.

Some companies have been generous when it comes to extending warranties. Nokia announced extension of phone insurance and warranty plans. Because of the lockdown, repairs are harder these days but good thing the likes of Samsung offers free repairs and discounts for first-responders.

Because of the pandemic and the policy to stay at home, a number of new apps and updates have been introduced. There have been several efforts to help fight the Coronavirus. Google shared its internal and external efforts a couple of months ago. The search giant also teamed up with Apple to help with coronavirus contact-tracing. The two recently revised their contact tracing system after privacy feedback. Google also released Exposure Notification API for public health apps.

Some are not helpful like that Coronavirus tracking app that was actually found to be malware. Google Play also removed the controversial Infowars app. There are also efforts to fight misinformation like Twitter applying warnings and labels to misleading COVID-19 resources. The microblogging site regularly removes unverified COVID-19-related tweets.

Facebook can tell you if you’ve interacted with fake COVID-19 news. YouTube’s fact-checking panels are also now available in the U.S. We also remember the news about Fitbit wearable data to be analyzed for Covid-19 efforts. Waze is also helping with regional relief efforts and is supporting local businesses. Google also launched new features in India to help in COVID-19 fight. COVID-19 Exposure Notifications settings on your Android phone have been added as well.

The situation is not ideal so there have been several drawbacks like Play Store approval time is taking longer. COVID-19 apps are now screened carefully. NVIDIA has also paused production so good news– the SHIELD TV Pro 2019 is not discontinued yet.

Google has always been at the forefront. It has made numerous adjustments the past few months already like bring localized and organized COVID-19 information and introduced new ways for entertainment and gaming on Android TV. Google also shared tools on how to be healthy on lockdown. Google Duo was updated so it can help you stay in touch with new features. Google once shared how faith communities can come together in the age of COVID-19. Google Maps also added filter for hotels for COVID-19 responders.

Hangouts was rebranded to Google Meet. The app was updated and was eventually offered for free. Some other significant changes announced include Nest reducing camera quality to help bandwidth strain because many people are at home. Pokémon Go was updated to bring more features to let you play from home.

YouTube is perhaps one of the many widely used apps these days. The YouTube team has made a number of updates like YouTube bedtime reminders and learning resources. Watch time has increased that’s why there is that idea to bring video quality preferences.