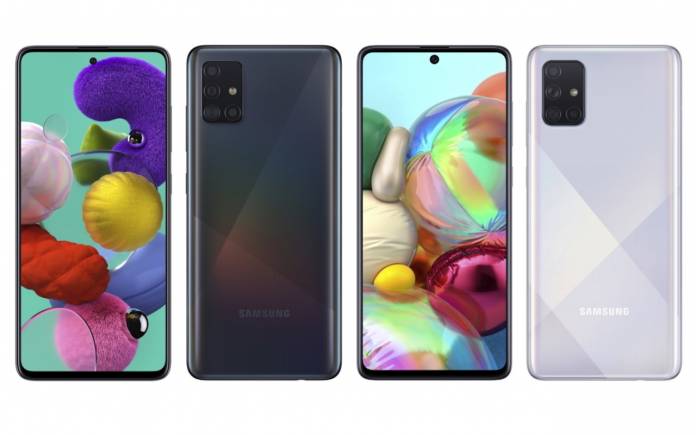 We’ve already seen the reports that smartphone shipments are down for the first quarter of 2020 due to the circumstances around the pandemic. That was not unexpected of course but now we’re seeing another “consequence” of the virus recession. Out of the top six smartphones sales-wise during January – March, only one was a flagship, high-end device. All five smartphones were mid-range devices, with the Samsung Galaxy A51 taking the top spot. Android still has accounts for 86% of smartphones sold during this period.

According to Strategy Analytics, the mid-range Galaxy A51 shipped 6 million units globally during this first quarter of the year, making it the most popular Android phone for this period. It was followed by the Xiaomi Red 8 while the Samsung Galaxy S20, the only flagship device that made it to the top 6. The other devices in that upper tier are Samsung Galaxy A10s, Xiaomi Redmi Note 8, and Samsung Galaxy A20s, all of them mid-range models.

This could also indicate the start of a consumer shift from premium devices to the more affordable mid-range ones. The so-called post-virus recession will see customers become even more price-sensitive. With many flagship devices priced at $1,000 and above, we will probably see their sales numbers tumble and see the dominance of the more affordable but still better than decent smartphones as consumers look for value-for-money devices.

But even before the coronavirus dominated our lives, budget smartphones have been among the best-sellers in terms of devices shipped. But now we may see mid-range smartphones make their presence felt as consumers are looking for quality and affordability, which most of the phones on the top 6 (except the Galaxy S20 of course) have both. It is also worth noting that Galaxy A51 has 2.3% of the shares while the others range from 1.9%-1.4%, which means there are a lot of models and units out there.

Android will continue to enjoy the dominance in smartphone shipment since iPhone devices are relatively more expensive. For the first quarter of 2020, 86% of the 275 million units shipped were Android.