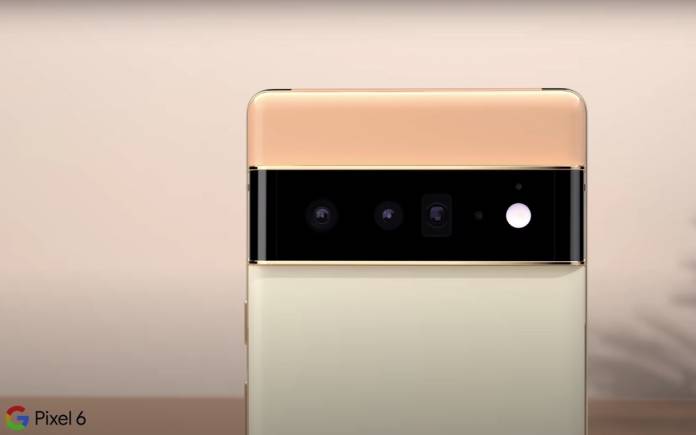 This month, Google is expected to reveal the new Pixel 6 series. Two new smartphones will launch–the regular Pixel 6 and the higher-specced Pixel 6 Pro. The tech giant has been teasing the next-gen flagship offering the past few weeks and a new teaser video has surfaced over the weekend and shared by Google Japan. We are looking forward to the new smartphones that will be released in the US and other key markets around the world.

Several details and images have been leaked already as early as May when image renders surfaced on the web. Specs have been leaked several times. We earlier anticipated for a full-screen with sub-display camera.

The Pixel 6 is said to use the same GPU as the Huawei Mate X2 and Samsung Galaxy S21. Google Pixel 6 protective phone case renders also surfaced and more have been sighted online. Those cases were actually shown off beside a Pixel 4 XL case.

In an Android developer form, the Pixel 6 and Pixel 6 XL were listed. We have noted a few things like a 5X ultra tele camera for the XL/Pro version, the use of Google Tensor chip, and the pricing range. We said the Pixel 6 would be in the upper segment while the Pixel 6 Pro would be expensive.

The Pixel 6 series camera sensor will be bigger and better. The phone may not arrive with a charger. We may look forward to 33W fast-charging support (wired) and ultra-wideband (UWB) support.

The Pixel 6 series is said to use Samsung’s 5G modem technology. This October, we’ll get to confirm Material You’s colorful impression on the Pixel 6 front.

A few weeks ago, a Pixel 6 Pro Geekbench listing revealed the Tensor SoC and its CPU details. The display on both phones will have hi-res and high refresh rate screen. We can also anticipate for a periscope zoom camera, wireless charging, and of course, the latest Android 12. There’s also that Live Translate feature.