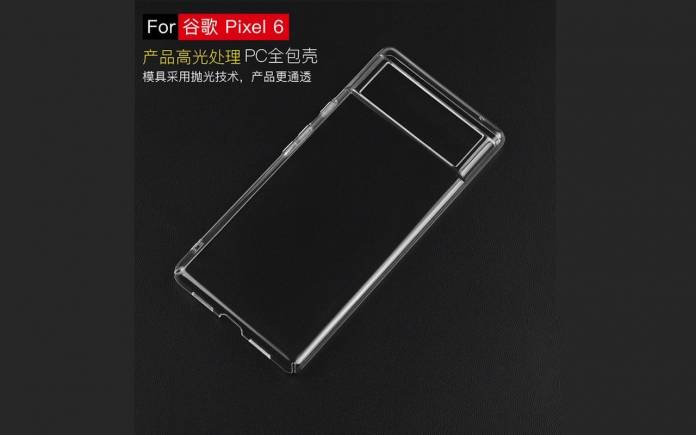 Google has been working hard on the upcoming Pixel 6 series phones. There will be two variants: the regular Pixel 6 and the Pixel 6 Pro. Instead of XL, we can expect the Pro to be used on the model name. The devices are not due for another quarter so expect more images and details will be leaked ahead of launch. Some images have already surfaced. Even the specs have been leaked and we learned the Pixel 6 could use the same GPU as the Huawei Mate X2, and Samsung Galaxy S21.

The early Google Pixel 6 Pro smartphone image renders showed us a new design. We see the different camera module that appears like a bridge on the rear.

So far, we know the possibility of a curved edged front display with a punch hole cutout for the front-facing camera. The forehead and chin are still obvious. We can look forward to a triple rear camera, LED flash array, and an under display fingerprint scanner. We can also look forward to the new Google Pixel 6 phones running Android 12 OS out of the box.

It’s possible too Google will use the Whitechapel chip or the GS101 silicon. Such information is based on an early AOSP sighting.

The latest information we have is from one of our favorite Chinese leaksters Ice universe (@UniverseIce). Images of a protection phone case believed to be for the Pixel 6 have been shared.

The Google Pixel 6 definitely appears to have that bridge design for the camera module. Looking closely at the images, we see the right side of the phone will have the power button and volume rocker.

On the top edge, we see a hold which could be for the headphone jack or maybe the microphone. On the bottom edge, we’re assuming is a USB-C port plus speakers.