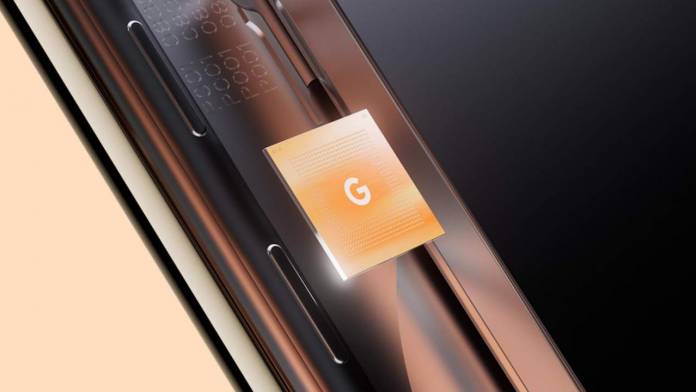 Google is coming with its own Tensor chip within the forthcoming Pixel 6 and the Pixel 6 Pro. There is no question about this fact. But what is really intriguing the tech frenzy is what Google has developed with the Tensor chipset? Interestingly, through the leaked benchmarks scores, we for an instance know, what the Tensor chip will be. However, as we said back in the report, the results in the limelight are somewhat confusing.

Additionally, these don’t detail anything about the CPU, leaving the tech enthusiasts contemplating their own options. In the latest news, coming as a way of XDA Developers, little more details about the potential of the Tensor chip is out.

It’s still not concrete to say, but per the report, the details are from a real unit (give and take, this is not the real retail unit maybe a production unit). Nonetheless, this is the best information that is out and going by what’s in the public domain now, the expected Google Tensor could arrive with dual Arm Cortex-X1 clocked at 2.802GHz, 2x Arm Cortex-A76 clocked at 2.253GHz, and 4x Arm Cortex-A55 clocked at 1.80GHz.

There are two alarming observations to achieve from this speculation. If Tensor CPU will have two Cortex-X1 cores that means we are looking at silicon to overtake the flagship chips from both Qualcomm and Samsung (but the benchmarks that have leaked don’t play up to this story). Other than this, there is confusion why 2x Arm Cortex-A76, which is couple of years old, and should for no practical reason make part of Google’s debut chipset.

There could be production-level issues with this choice to make an assumption, but we cannot be sure. What we can definitely be sure of is that these are premature evaluations of the Tensor SoC and we can expect Google to be playing the game of privacy to ensure the technical prowess of its chipset is not revealed before an official revelation.