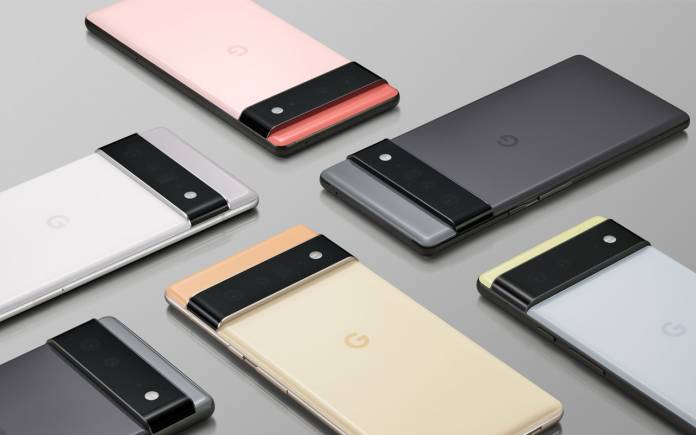 Google is expected to do the unexpected with the Pixel 6 devices. One of those is pitting these brand new Pixel phones against the flagships from other companies, which Pixel handsets have not been tailored for in the past. With newly revealed Pixel 5a testing the affordable waters, the Pixel 6 series will gun straight at the likes of the upcoming iPhone 13 and even the Galaxy S22 slated for arrival next year. In line with these objectives, the Pixel 6 will have to match the other devices in specs, for which we learn, the unannounced Pixel phones could arrive with ultra-wideband (UWB) support amid a range of other high-end features.

Google is already rumored to deliver the Pixel 6 series with its own Tensor chipset, upgraded cameras and a noticeable overhaul to the design spearheaded with an under-display fingerprint sensor for biometric authentication. Now, with the news of UWB support reaching the Pixel 6, we’re hopeful of Google flirting in the flagship domain with its next-gen smartphones.

As noted by 9to5Google, the precision locating and tracking ultra-wideband tech support in the Pixel 6 will bring the phones on par with the iPhone 12 and Samsung 21 that features the tech in smartphones. The UWB is also found in the new Apple AirTag launched recently.

Other than the possibility of UWB arriving in the Pixel 6 series, there are also hints that the handsets could arrive with 5G modem made by Samsung. Pixel phones have in the past used Qualcomm processors and 5G modems but when the company is switching chips, there is a likely possibility of connectivity modems getting traded as well.

We are hearing a great deal about the unannounced Pixel 6 lately, including the shortly shared screenshot by a Google executive that appeared to have been taken from the Pixel 6 Pro. It revealed the under-display fingerprint sensor and the expected 1440p resolution. There is no word on when Google will announce the Pixel 6 and Pixel 6 Pro but it’s surely going to happen soon.