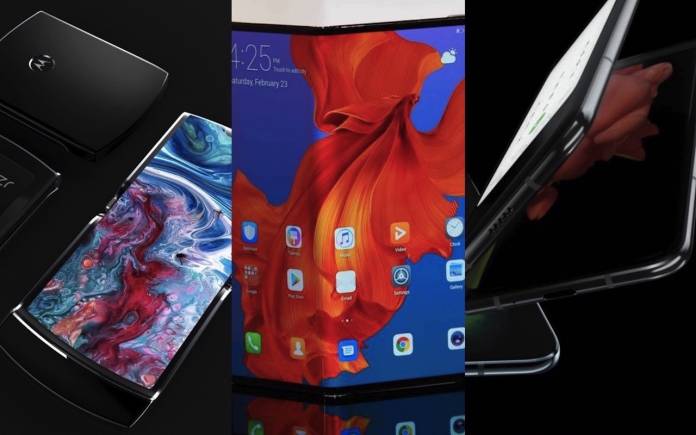 The foldable phone category doesn’t have a leader yet. We cannot say it is the Samsung Galaxy Fold because its initial launch has failed. The relaunch only showed Samsung may be the top mobile brand in the world but it’s not perfect. So far, there is no major issue heard except for the Samsung logo stickers falling off and some mysterious blob on the screen. Those are minor and we’re just glad to know the Samsung foldable phone is working as it should.

The Galaxy Fold is not exactly the first foldable phone to be released in the market. There was the Royole FlexPai that made us realize the foldable-flexible phone era was really happening. It made an impression that techies needed to do a durability test and a teardown analysis. It started selling and was quickly sold out in China.

Samsung started working on a flexible screen as early as 2016. We saw the bendable screen/ rollable display and thought then a foldable phone was definitely possible. Related patents and designs were submitted by different OEMs like Lenovo, LG, OPPO, and Huawei—and were then leaked. Samsung was the biggest contender and the market soon started talking about the Galaxy X–the mysterious Samsung foldable phone. 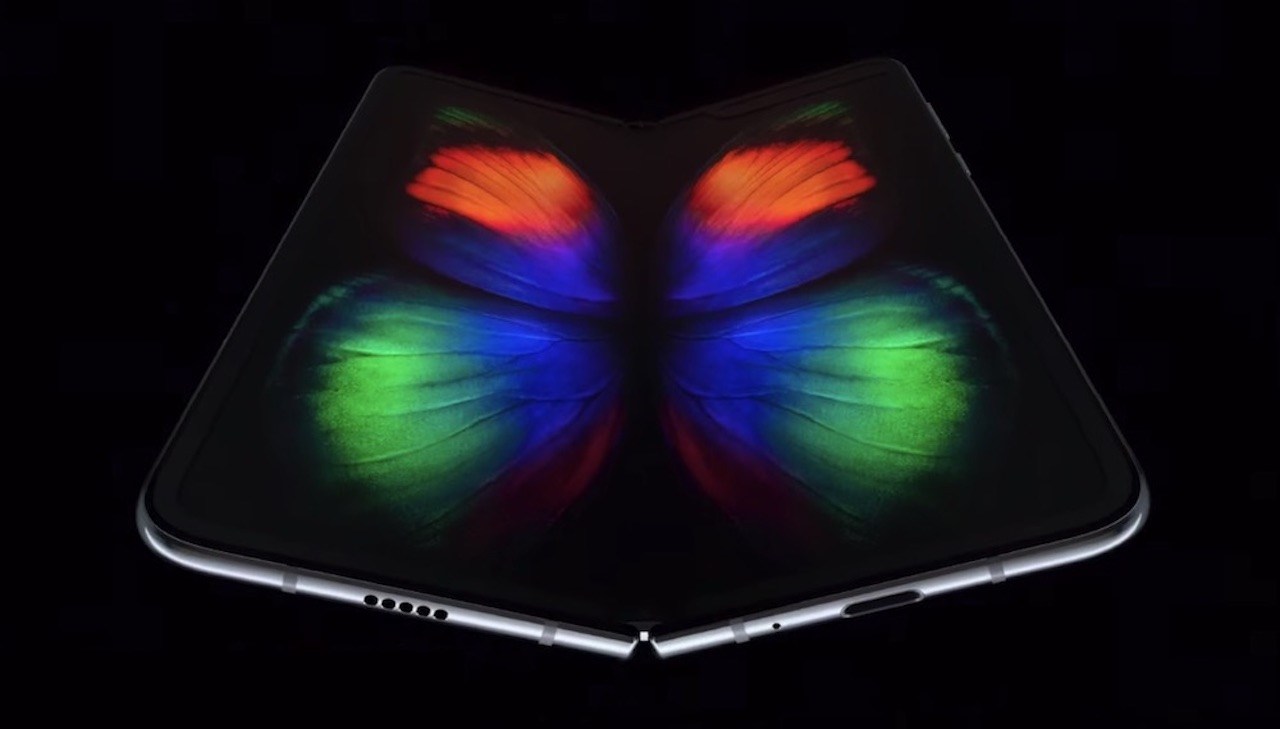 Samsung did announce the Galaxy Fold. The mobile industry got excited about it only to be disappointed after reports of displays breaking down after a few days. The company decided to postpone market release and cancel employee trainings and the big launch. The foldable phone underwent a process of redesign and a bunch of testing.

Samsung finally relaunched the Galaxy Fold and was soon sold out in South Korea. It has been a long journey for the Samsung Galaxy Fold.

The foldable smartphone has a rival in the Huawei Mate X but it has yet to be released. Huawei has always been serious to go head-to-head with Samsung in many areas and the foldable phone category is no different. Unfortunately, because of what happened to the Samsung Galaxy Fold, Huawei had to hold back the release of Mate X to ensure no similar situation and criticism would happen. 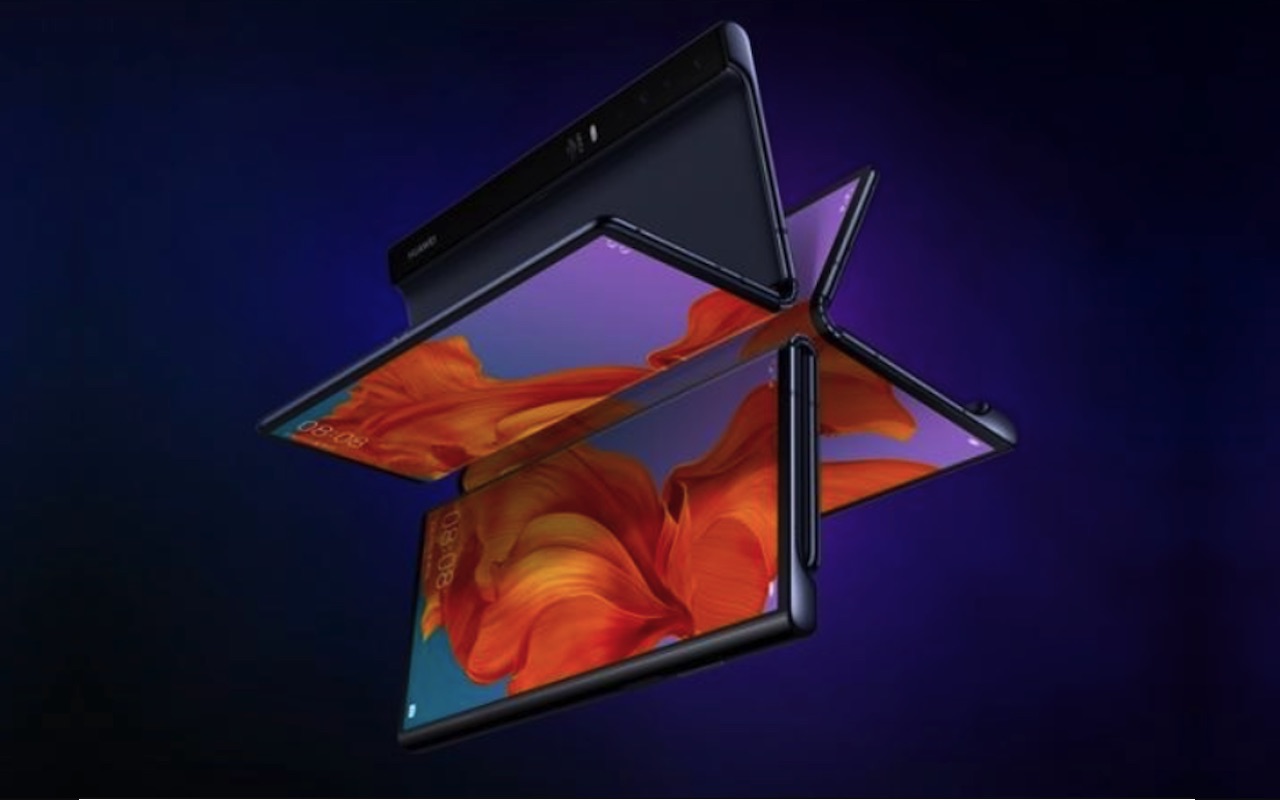 Huawei has been working to optimize the phone but another delay was announced. Pre-order in China has begun and we’re only waiting for the first day of rollout.

Meanwhile, Motorola went ahead the competition by introducing the RAZR foldable phone. It’s a new take on the popular Moto RAZR line that was out in the early 2000s. This phone has been brewing since early 2019. A patent was granted and the rumor mill started churning. It was quickly confirmed and fast forward to November, the Motorola RAZR foldable phone became officially official. The old icon gets a more modern take with the foldable display.

With the arrival of the Motorola RAZR, the foldable phone arena is suddenly shaking. Samsung has another rival. The Huawei Mate X isn’t really available, at least, not yet. We know more OEMs will attempt with their own foldable phones but the industry will only ask one thing: Are foldables worth it?

Are foldables worth it?

The Samsung Galaxy Fold is priced around $1,980 while the Huawei Mate X is at a $2,400 price point. The new Moto RAZR will be sold for $1,500 which is more affordable while the Royole FlexPai is at $1,300. These devices go over a thousand bucks. That is a lot of money but many people are still willing to buy foldable phones. It may not be a problem for some people but for practicality’s sake, we want to know if buying a foldable phone is worth it.

To be honest, the foldable phone business is relatively young. It hasn’t proved anything yet. We like the large screen that can turn into a smaller one but present foldable screen technology is still not perfect. The size of the phone isn’t exactly comfortable. It may not even fit your hand.

Some pros can be noted. Multi-tasking will be easier and working on a bigger screen can be productive. It is flexible, convenient to use, and usually comes with premium specs, resulting in advanced performance.

We have no doubts newer and future foldable phones will be better. We can look forward to advanced mobility, performance, speed, and more. The foldable phone category can still be innovative but we’re hoping the price will go down.

At this point, the premium pricing is the only hindrance to more mobile consumers getting a foldable phone and jumping into the bandwagon. Just that–the cost. So is a foldable phone worth it? It depends on who you’re asking. A phone priced from $1,300 to over $2,000 may be nothing to some people.