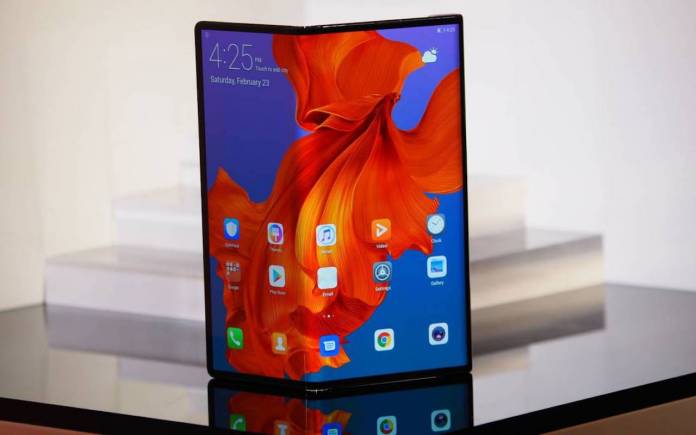 More trouble in mobile paradise. Huawei is delaying the release of the foldable phone until September. No, there aren’t any problems reported yet but Huawei wants to make sure it tests the Mate X carefully after all the troubles Samsung is going through. The top South Korean company has canceled the release of the Galaxy Fold due to displays breaking. It’s been almost two months since Samsung decided to hold off the launch. Hinge improvement and screen fix are coming soon but we may not see a June release yet.

Huawei wants to be sure that the Mate X won’t suffer the same fast as the Samsung foldable phone. Extra tests are being done so the phone won’t break down. There is no related problem experienced yet but Huawei doesn’t want anything like that to happen especially now that it’s facing bigger challenges on a global scale.

The Samsung Galaxy Fold issue may be a motivation but perhaps Huawei really wants to make sure they’re ready with the OS. It’s not clear yet if the Mate X will still run Android or its own mobile OS especially since Google earlier decided to cut off business with Huawei due to the urging of the US government. Huawei says it will still be Android-powered but there is a possibility license may be revoked.

The Huawei Mate X is planned for a global release. It will already include 5G support, making it the first ever 5G foldable phone. The price may reach $2,600 or about 2,299 euros.

Huawei’s Mate X foldable phone was shown off last February but it hasn’t reached the market yet. The mid-April launch was moved to June and then September. Cross your fingers it will be the final and official launch month.

The foldable phone is expected to help boost Huawei after reports about it canceling a new laptop offering because of the US trade ban. The company still has plans to become the No. 1 Mobile Brand in the world but it may take a while because of the blacklisting.

Huawei seems to be prepared and confident about the situation. Google has announced it will stop providing access to Huawei but then eased limits up to August. Google has also recently warned the US government of bigger national security risks if it continues to prevent Huawei from doing business with American firms and vice versa.