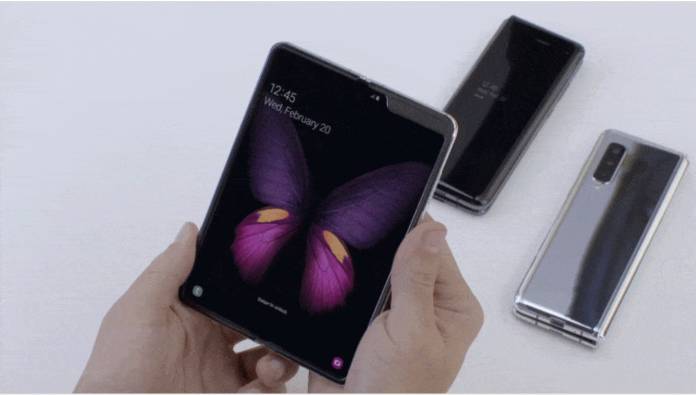 While Samsung seemed fully confident that they have put their upcoming Galaxy Fold device through every test possible, recent complaints from journalists and reviewers over their sample unit seem to prove otherwise. This led initially to the cancellation of the launch in China due to “venue problems” but it looks like the Korean OEM isn’t going to take a chance with the new device and wants to avoid a repeat of the Galaxy Note 7 fiasco. They have now officially postponed the launch of the smartphone with the foldable display until further notice.

In a post on their website, Samsung announced that they were delaying the release of the Galaxy Fold to evaluate the feedback from the reviewers and “run further internal tests”. They have already conducted initial tests on the units based on what has been written so far and they determined it may be associated with the top and bottom areas of the hinge that are exposed. “Substances found inside the device” were also found to have affected the performance of the smartphone.

Prior to the scheduled launch, which was supposed to be April 26 in the US, Samsung was boasting about the comprehensive stress test that they put the device through, even posting a video showing the phone being opened and closed several times. They claimed the test was able to prove that the Galaxy Fold can outlast 200,000 folds and unfolds which should make it useful and “safe” for five years, if used 100 times a day.

But some of the reviewers were saying that their flexible plastic AMOLED displays were glitching and breaking. Samsung initially concluded that this was due to the plastic screen protector that people were trying to peel off but shouldn’t be removed. But then other problems started surfacing, like a bump under the screen for one user and others who didn’t try to peel off the protector but were still having problems with their units.

Samsung didn’t give an exact time frame as to when they are planning to do the launch, both in China and in the US, as well as other territories. They did say that they will be announcing the release date “in the coming weeks”. Hopefully, they’ll be able to resolve the issue and not have this go down as another unmitigated disaster for the company.