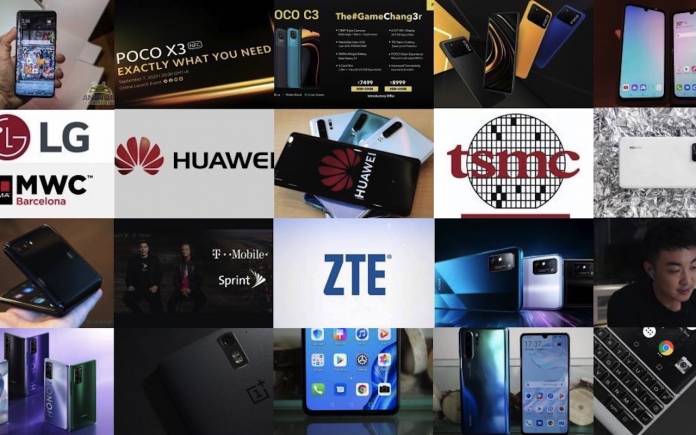 Happy New Year! You’ve probably read a number of stories that start with the idea that 2020 was a crazy year. No doubt the previous year was challenging for all of us—whether individuals, families, businesses, and brands. The mobile market has been hit as well. However, it’s not all bad news as most companies have adapted to change. People say we now live in the “New Normal”. Not many like the term but it is what is. How we live now is very much different from a year ago.

When it comes to the mobile industry, we are still grateful because in 2020, the world had seen the importance of technology especially in time of a pandemic. A few months into the lockdowns all over the world, tech companies and global brands have adjusted their business strategies. Numerous groups have introduced new products and services that helped people—adults and young kids alike—cope with working and studying from home.

Here are some of the top stories we shared with you in 2020. Let’s review what happened the previous year.

The POCO brand is now independent of Xiaomi. The Chinese OEM’s old sub-brand is finally a standalone company. This story opened 2001 and made Poco fans excited. This meant the POCO team could focus more on gaming phones with more freedom and hopefully see more success. This year, the brand launched the POCO F2 Pro, POCO X3, POCO C3, and the POCO M3.

The news that LG wasn’t joining MWC 2020 in Barcelona was because of the coronavirus. LG’s decision to withdraw was because of the virus fast spreading outside China. The executives had the safety and security of its employees in mind. This move actually made other companies to follow suit. Soon, the GSMA made the announcement the MWC 2020 Barcelona was cancelled over the coronavirus threat.

BlackBerry and TCL ended their partnership. Support for two more years were promised though. There was no bad blood between the two. It’s just that the licensing agreement had already run out. We just have no idea what’s going to happen to BlackBerry. TCL is still a solid player, introducing a number of new products like the TCL 10L, TCL NTXPAPER tech, TCL 10 tablets, and wireless earphones.

The T-Mobile and Sprint joining forces was a success. It delivered more benefits than disadvantages as expected. The merger widened coverage of both networks. They also teamed up to implement STIR/SHAKEN technology.

Samsung shut down the Galaxy Z Flip factory due to the coronavirus outbreak. Smartphone production was affected but impact was minimal only. A number of factories and company had also closed down production line and businesses but there were also plenty of brands that did well and are still thriving.

Huawei, ZTE still banned in the US

The US trade ban is still not over. Both ZTE and Huawei have been affected in major ways. Other companies have also been impacted by the issue as well. It still is a developing story but we highly doubt it will have a happy ending.

Huawei and ZTE are banned but can still do business with US firms. Related and unfortunate stories followed like TSMC stoped getting orders from Huawei. Huawei began looking for alternative suppliers and technology. The company also saw a delay in production of parts. Other names like Samsung, SK Hynix, and LG Display are also ending businesses with Huawei. Huawei also officially sold off the Honor sub-brand.

Interestingly, Huawei overtook Samsung in the second quarter in the global phone market. The global pandemic situation did not affect Huawei much after all. Huawei sold more than Samsung even if there was a reduction in shipments. Global mobile sales declined by 20% in Q2 2020.

This was somehow unexpected. Wearables grew in sales last second quarter mainly because prices went down. There was also the fact that more people were forced to stay home which got most of us thinking about our health and fitness.

OnePlus co-founder Carl Pei left the company to start a new venture. He already secured a $7 million funding for his audio venture. We’re curious to know what he and his new company will offer the market.