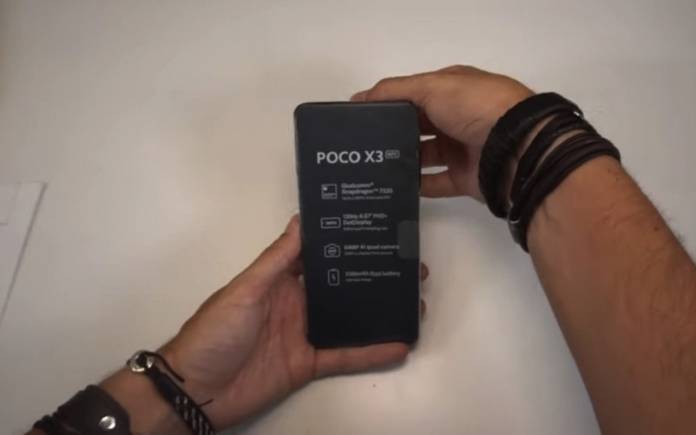 The POCO X3 phone will be launching soon with a Snapdragon 732G processor and 5160mAh battery with 33W fast charge tech. The phone has been teased recently and we’ll confirm everything on September 7, Monday. The device was also previously leaked with 64MP cameras and was spotted in a certification listing with some AI features. POCO which is formerly a Xiaomi sub-brand and is now a stand-alone brand will be making the big announcement. But then an unboxing video has already leaked on YouTube.

The post has since been removed from the site but a certain Abhishek Yadav (@yabhishekhd) shared some photos on Twitter. He shared the Poco X3 Unboxing video and noted a few details like MIUI 12 out of the box, Sim Card + Sim Card or micro SD slot, and a punch hole notch.

The unboxing images clearly show the POCO X3 name on the plastic wrapping of the screen. No doubt this thing is for real. We’re curious how this will be “Exactly What You Need” and how it will be “more power-efficient and less battery-draining”.

As described, the Poco X3 will be powered by Qualcomm Snapdragon 732G chipset. It’s the first commercial phone we know that will use such. It won’t offer 5G but the ‘G’ in the Snapdragon refers to more powerful gaming.

Don’t forget about the flash sale of the Poco X3 phone happening from September 8 to September 9. A special early bird price will be listed for 48 hours. A free limited T-shirt may also be availed by the early adopters.