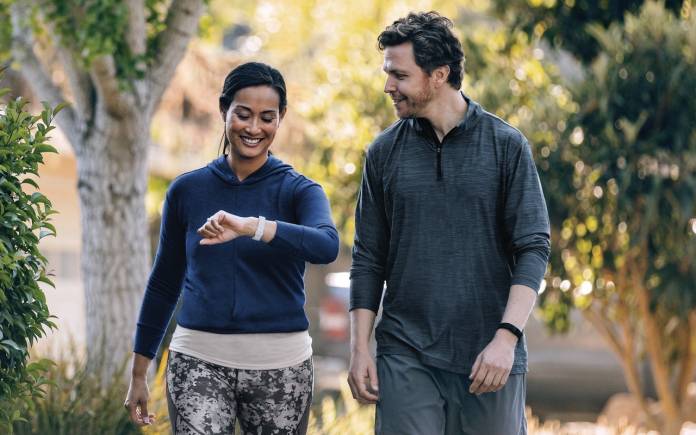 Canalys research group often reports on its observations about smartphones and other technologies. We recently shared how Samsung was overtaken by Huawei last second quarter (Q2) in the global phone market. There was also Vivo beating Samsung as the second major phone brand in India. This time, Canalys is sharing about the wearables market growing by ten percent (10%) in North America. One major reason is that average selling prices have been affected. With prices going down, it’s natural that more people are attracted to finally shop for them.

Looking at the numbers year-on-year, the value of the wearable band category in North America has not really changed—still at $2 billion. It still is flat but interestingly, shipments grew 10%. What happened was selling prices went down by eleven percent to an average of $235.

The main reason is obvious: the corononavirus pandemic. The selling price’s going down was because low-end fitness and activity trackers have become more popular. As for the Apple Watch, the Series 5 was named the most popular smartwatch in the region. Again, just like the Apple Watch Series 4 from last year.

The quarter-on-quarter growth (Q1 to Q2) was observed in North America. There has been an increase in demand for wearables. Most companies just lowered their prices so more people were able to afford them.

There are popular brands that have sold a lot but there are also lesser popular names that sold well on some e-commerce sites like Amazon. The fact that most people were asked to stay home because of the pandemic, they started to invest in health trackers that are priced $50 or below. This is because they want to stay fit during the time. It makes sense and we’ll see if the same can be said this Q3.

Smartwatch decline has been observed but it’s been offset by the popularity of basic health bands. It’s the third consecutive quarter smartwatch numbers are going down but Fitbit and Samsung’s release of cheaper models helped the market. 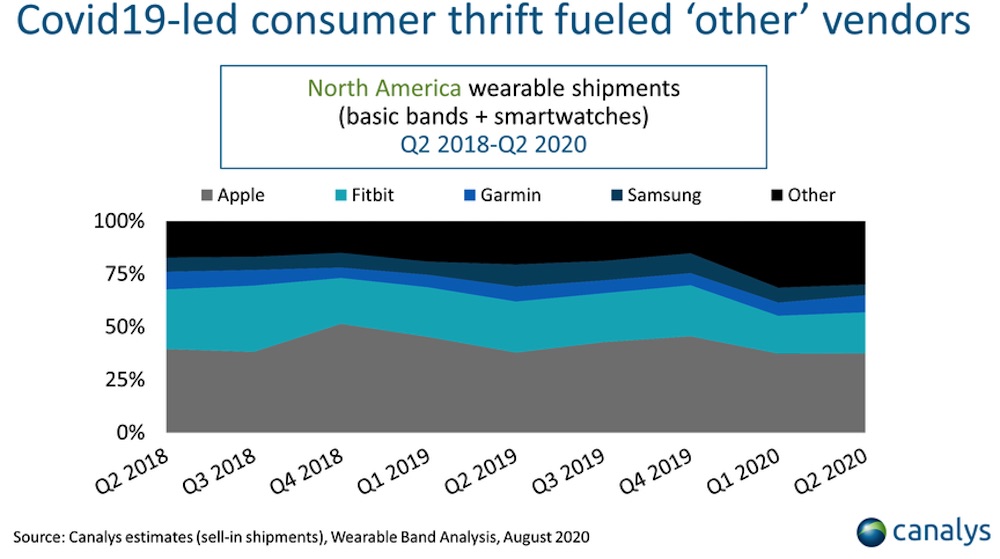 This quarter, Amazon is introducing a new Halo tracker (health and wellness band). We’ll see later how it will do in the business in the next few months.

The wearable industry isn’t going anytime soon. There will just be changes especially in the coming months or even years. Canalys noted the possibility that major vendors in the wearable game will move to medical-oriented devices. More Qualcomm-powered wearables may also enter the market so we’ll see how the numbers will change.