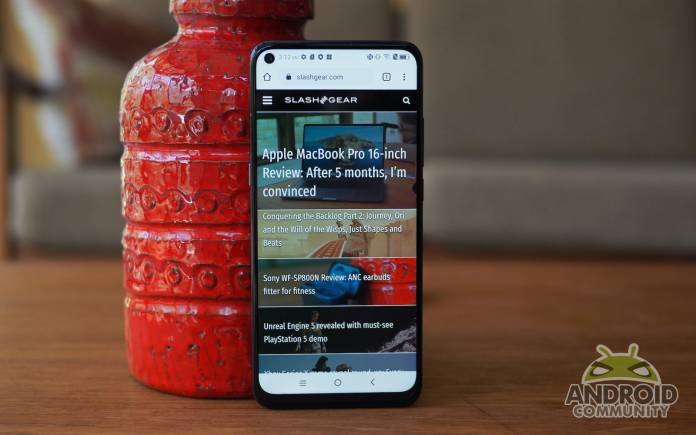 Will this spark a price war? Will this mean less (features) is more? We can’t answer these questions as yet, but given the current climate across the globe, many average folks are going to think twice before giving up on liquidity and buying (over) priced phones. The TCL 10L brings in a fresh perspective with their aggressively priced $249 phone. Perhaps this is why the $399 iPhone SE and the Pixel 4a are hot topics for now.

To be honest, the $249 The TCL 10L sports a great screen for the price its pegged at. In other plus points, you can even clock in a big battery and great output from the camera in daylight conditions. On the flip side it’s the low-light conditions that the camera struggles with and the absence of waterproofing and wireless charging is a setback. Even LTE Cat.6 locks you out of higher 4G speeds

TCL is still making its name in the market, but in terms of quality and technology, they seem to be doing a good job. It won’t surprise us if they end up being a household name at some point. The company behind Alcatel, Palm, and BlackBerry smartphones has been providing white-label handsets for carriers for a long time now. The makers are cementing their position with the TCL 10L, 10 Pro, and 10 5G. 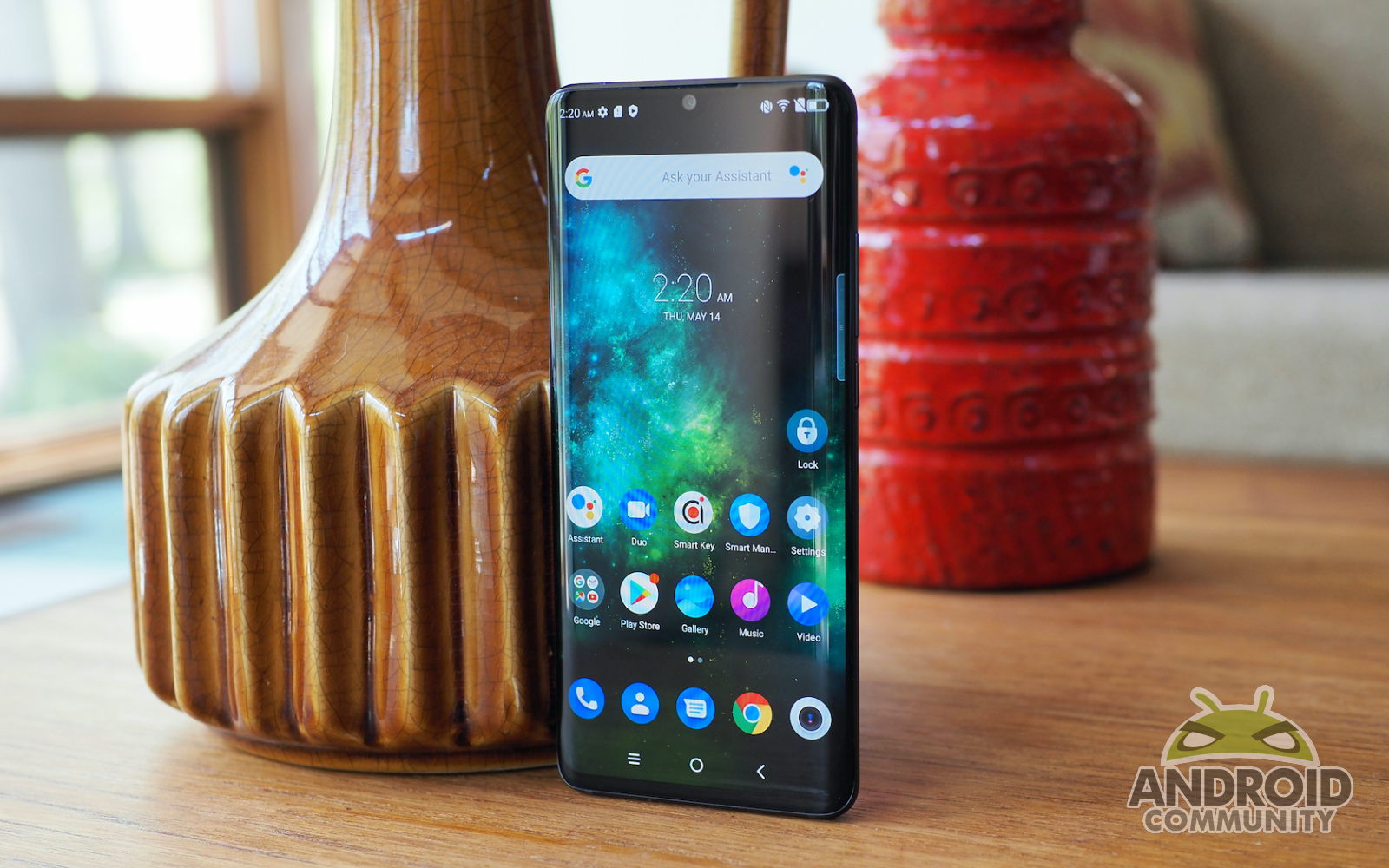 TCL is very nifty with its displays as they make their own panels for TVs, smartphones, and tablets. Thus, you can be assured of quality when it comes to the screen and value for money. The makers have ditched the AMOLED panels for the TCL 10L, as its more expensive, and have used a 6.53-inch LCD panel running at 2340 x 1080 resolution.

Protected with Gorilla Glass 3, TCL claims that the display clocks in at 450 nits of brightness. The bezels around it are slimmer on the sides and a little thicker at the bottom. When you bring in the pricing factor into perspective, it’s easy to digest that this is a good screen boasting of solid colors, bright enough indoors. In the outdoors, especially the direct sunlight, the colors look a little flat. 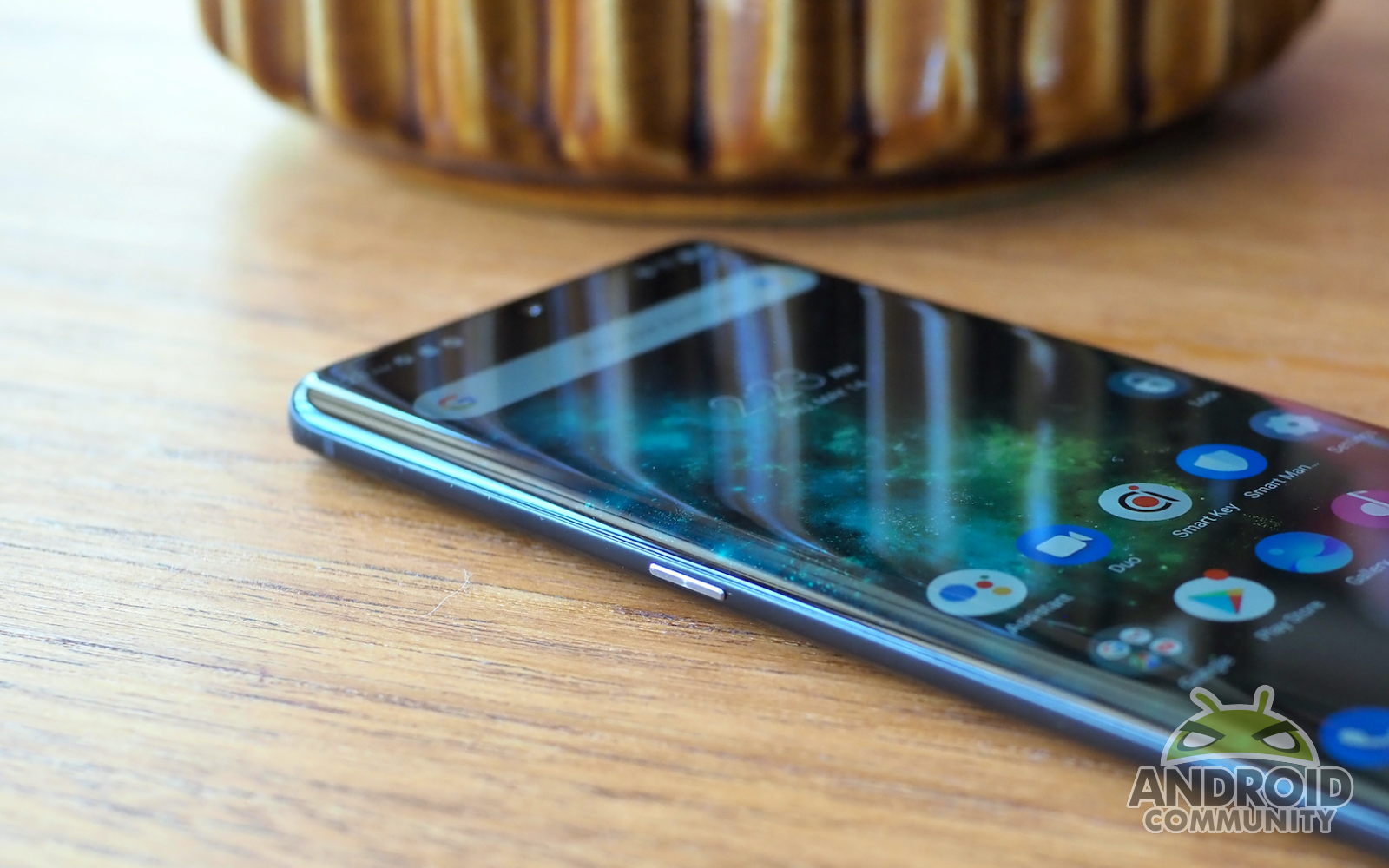 TCL’s NXTVISION enhancement moves the needle from SDR to HDR upscaling and photos and video to a decent output. We recommend leaving it on for on-point outcomes. In terms of feel and touch, the premium-ness is missing and of course it is very plastic. I guess we are now accustomed to such perks, hence the rear panel sans glass or metal looks very drab.

The handset succumbs to smudges and greasy fingerprints, especially when you are trying to use the fingerprint sensor, the back of the phone picks up the grime. This lightweight phone weighs only 180g, and it feels thicker than its actual 8.4mm dimensions. Perhaps we are too spoilt with this aspect, but no waterproofing for the phone is a letdown.

There’s definitely a plastic feel when you hold the TCL 10L. It’s a light phone, at 180g, but the rear panel lacks the premium touch of glass or metal handset. It picks up smudges and greasy fingerprints very easily, too, particularly on the back when your finger is hunting for

TCL has cleverly integrated the Qualcomm Snapdragon 665 with 6GB of memory, as they don’t make their own chips, and for obvious reasons, it won’t be as fast as the 8-series or 7-series chipset. In Geekbench 5, the TCL 10L “scored 312 in the single-core test, and 1378 in the multi-core; it scored 366 in the OpenCL test.” When you compare this to last year’s Pixel 3a with its Snapdragon 670 and 4GB of memory, that phone scored 344 on the Geekbench 5 single-core test, and 1294 on the multi-core. Get the picture? 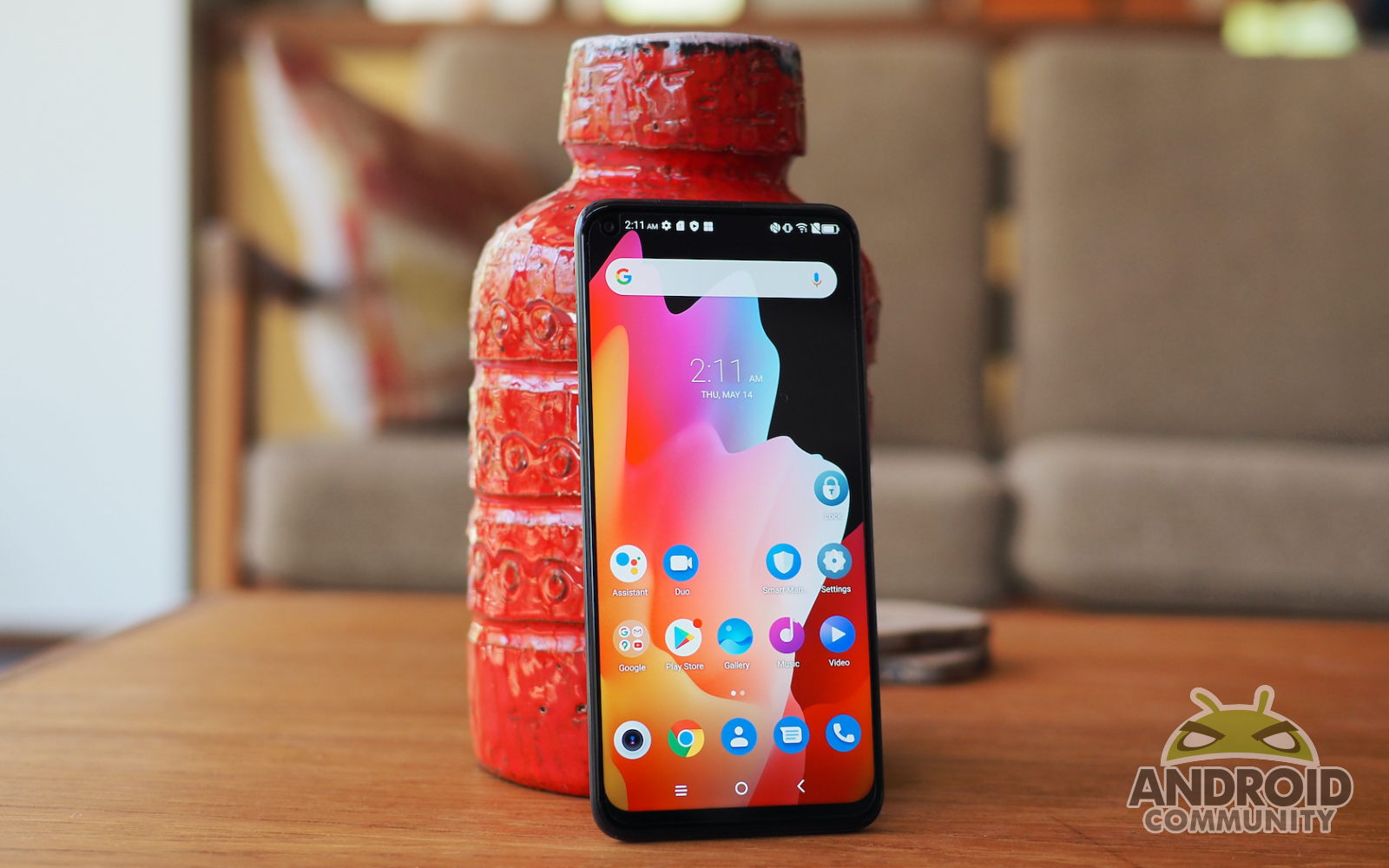 It is good to note that the extra RAM makes up for those moments where the CPU is lacking. We have to accept that the TCL 10L is not the fastest, but it can multi-task Android 10 and work with all your everyday apps. As far as gaming goes, you will notice that the cost-cutting in the phone has affected the haptics.

For now, we will be happy if the makers promise to more than just one major OS update: we all get Android 11. What we do know currently is that the company isn’t promising anything more than that and “consistent” Android security patches. It would be more reassuring if we knew that we were getting at least two years of major updates.

TCL has its own TCL UI on top of Android, and thus you can explore features like customizable Smart Key on the side, and you can use it to fire up the Google Assistant, open an app, launch the camera or flashlight, or other features. There are three choices for single, double, and long press. You get the option to organize your app drawer into categories like “Media” and “Travel”; however, we much rather use Google Photos than TCL’s gallery app.

There is a “Smart Manager” app giving you an account of how many apps can auto-start when you reboot the phone, which notifications are blocked, and how much memory is used. You need to swipe two fingers up and key in your PIN to get access to a “Private Space”. This is where you can host secure multimedia, documents, and installers; in this space, even screenshots are blocked.

For a change, looking sleek, you will find four cameras on the back of the TCL 10L, and one on the front. There is a default setting for the camera, which gives the output of 12-megapixel images with its main camera. Essentially, the specs for the cameras are: a 48-megapixel main camera, an 8-megapixel super-wide-angle, a 2-megapixel macro, and a 2-megapixel depth camera and then a 16-megapixels front camera. You have the choice of switching to the full resolution of the sensor and on the video its 4K at 30fps, or 1080p at up to 120fps. 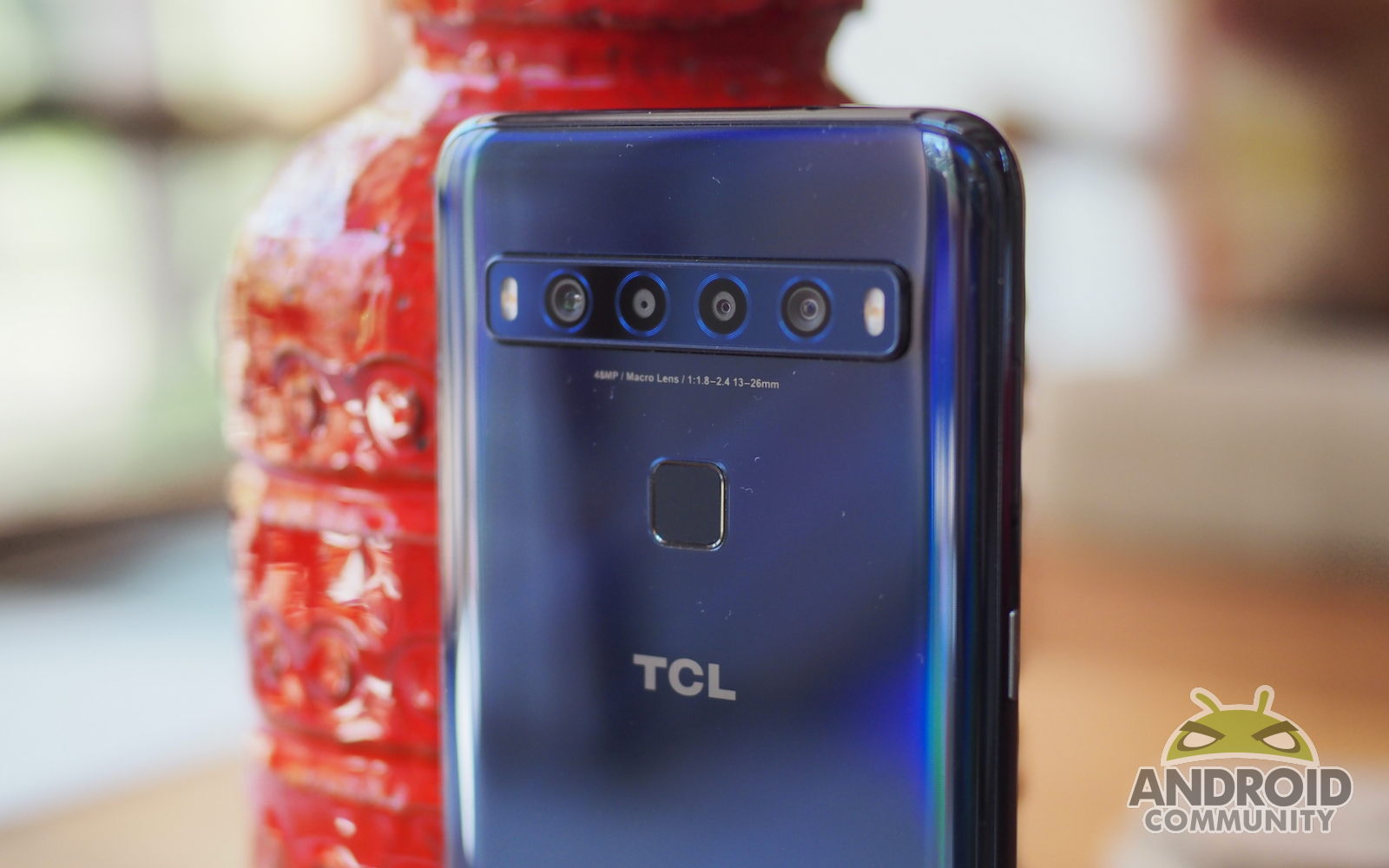 The biggest challenge for picture-perfect moments is the lighting. The results are decent in good lighting, but in the Macro mode the colors are exaggerated. The main sensor is good, and, in our opinion, we think that the HDR mode could be more intuitive as to when it turns on, however, you can turn it on manually. There have been times when the photos which looked nice on the TCL 10L’s screen, seemed to have a blur when we’ve enlarged them on a bigger display, even though the subject wasn’t moving. 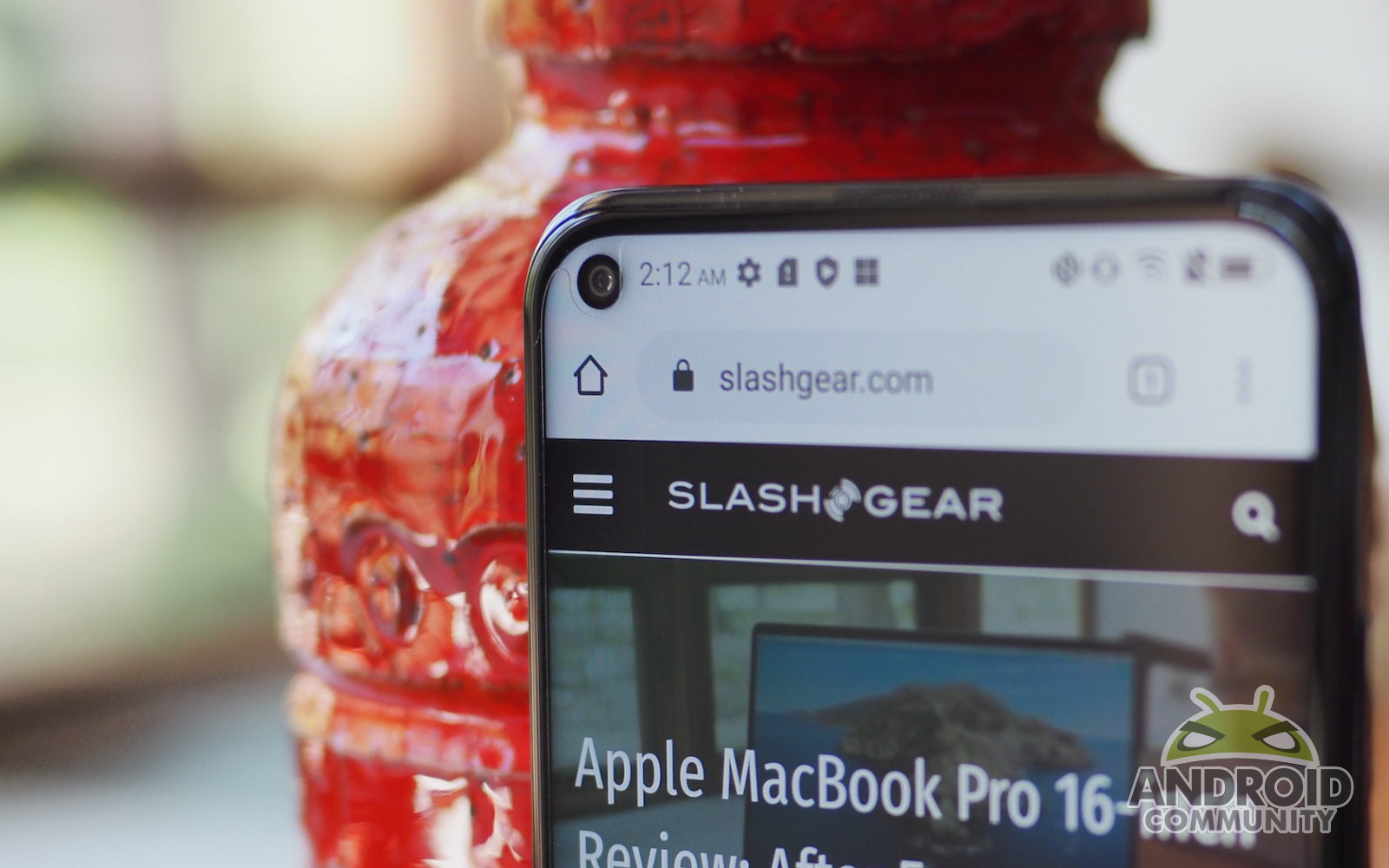 Low light is not the camera’s friend and in a darkened room, the TCL 10L really gave us a hard time locking its focus on a moving subject, even if that movement was only slight. The absence of a dedicated night mode is glaring, and the ultra-wide camera can fit more in the shot but there’s some distortion off-center. 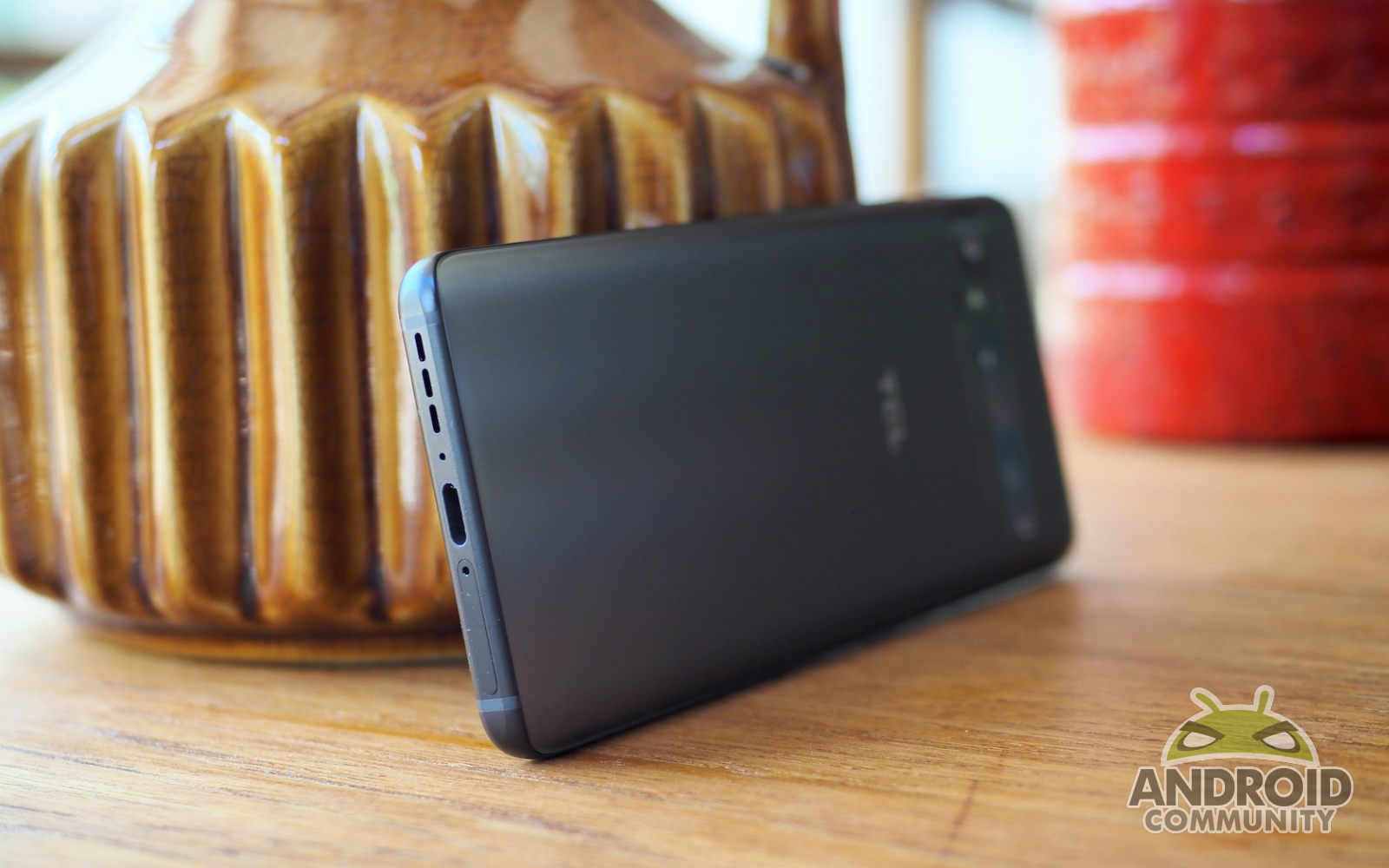 Under the hood is a 4,000 mAh battery, which will keep the phone juiced-up for a day. The charging options exclude rapid charging and wireless charging but provide a USB-C port rather than micro USB

With a 4,000 mAh battery, and a relatively frugal Snapdragon processor, it’s no surprise that the TCL 10L lasts a day without issue. There’s no rapid charging, nor wireless charging, but at least TCL uses a faster USB-C port. In other news, WiFi 6 and 5G are missing and the LTE tops out at Cat 6, which means 400Mbit/s downloads maximum. I guess we should be content with Bluetooth 5.0 and apt-X audio, along with NFC for mobile payments, and a 3.5mm headphone jack. 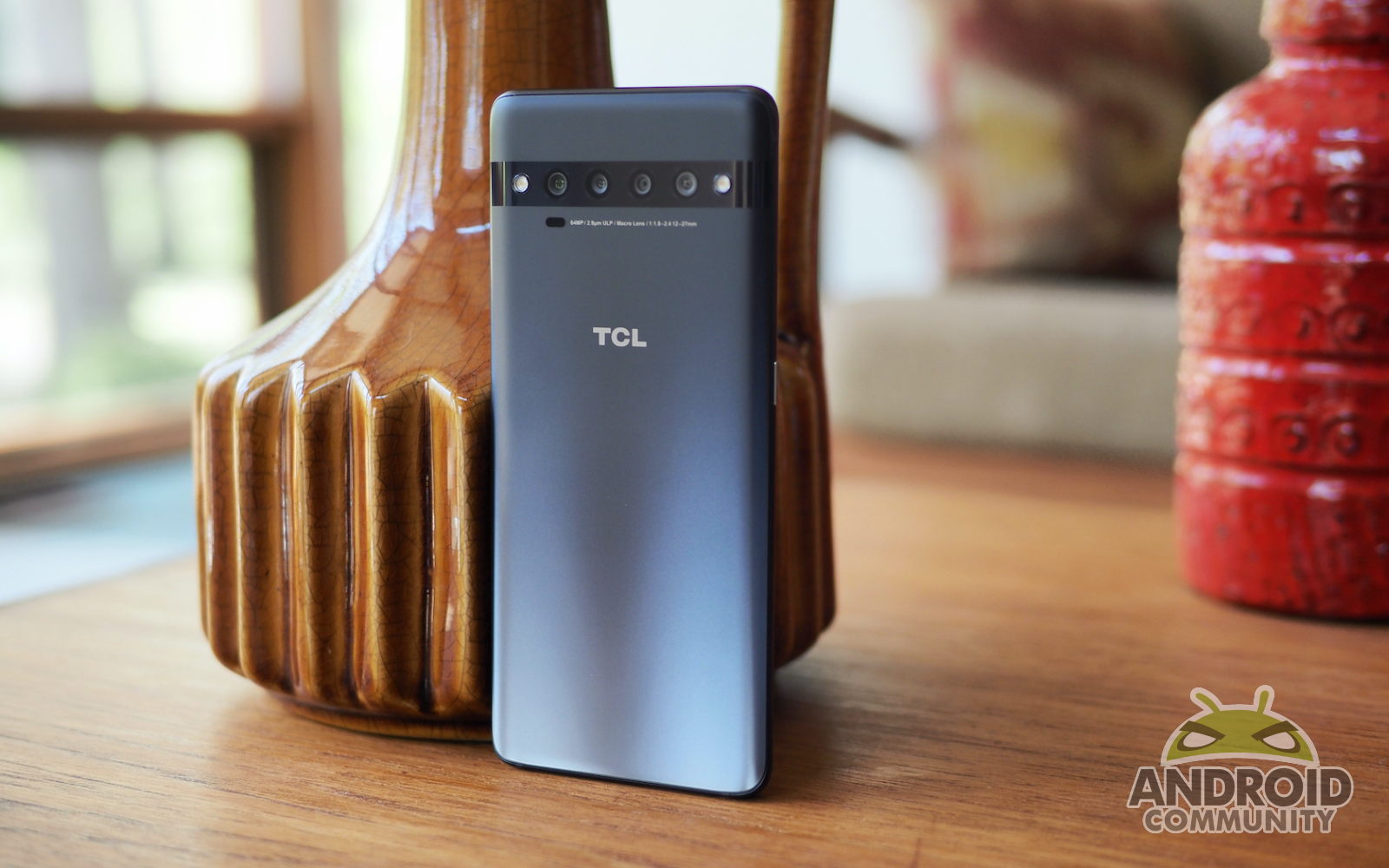 For the price bracket that it’s pitted at, the TCL 10L does a decent job. Sure, if you add more to the base of $249, you can get better camera, performance, style, uber chick looks, style, premium-ness. The bottom line of $249 needs to be hammered home, for you to appreciate the minimum features. In our opinion, if you have the extra bucks, then the Pixel 3a could be a tad bit better, given the camera performance is also better.