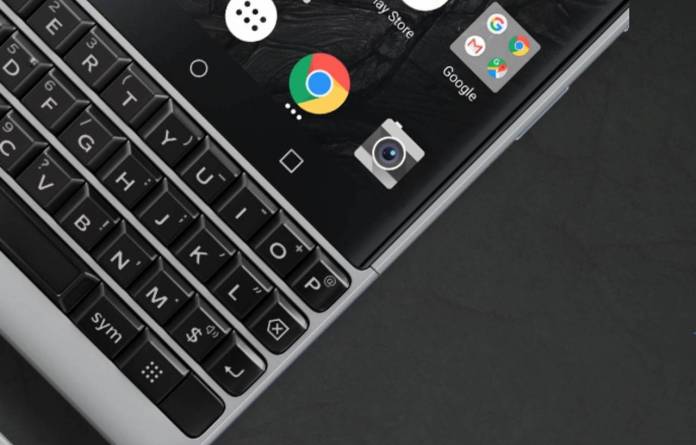 So is this the final goodbye from BlackBerry? We have been wondering for months what happened to the brand and looks like we’re about to get answers. Our last related feature was April last year when we said Blackberry would be shutting down more apps by June 30, 2019. The BBM consumer version was also scheduled to sunset by May 31. Enterprise was still alive by then. TCL, the company that has been releasing remaining BlackBerry phones, just informed the public that no more BlackBerry devices will be offered later this 2020.

TCL Communication and BlackBerry have been partners when it comes to coming up and promoting new BlackBerry Android devices. We’ve witnessed and supported BlackBerry and so we were disappointed to suddenly not hear from the brand. BlackBerry phones had potential especially since the company releases timely updates.

BlackBerry Android smartphones are safe, private, and secure. If we’re only talking about security, BlackBerry is the name to trust. But business is business. There’s nothing we can do if it no longer sells.

On August 31, 2020, TCL will discontinue selling BlackBerry devices. TCL sent out a statement and the official BlackBerry Mobile account on Twitter shared the news. Apparently, the licensing agreement between the two has already run out.

Read the statement below: 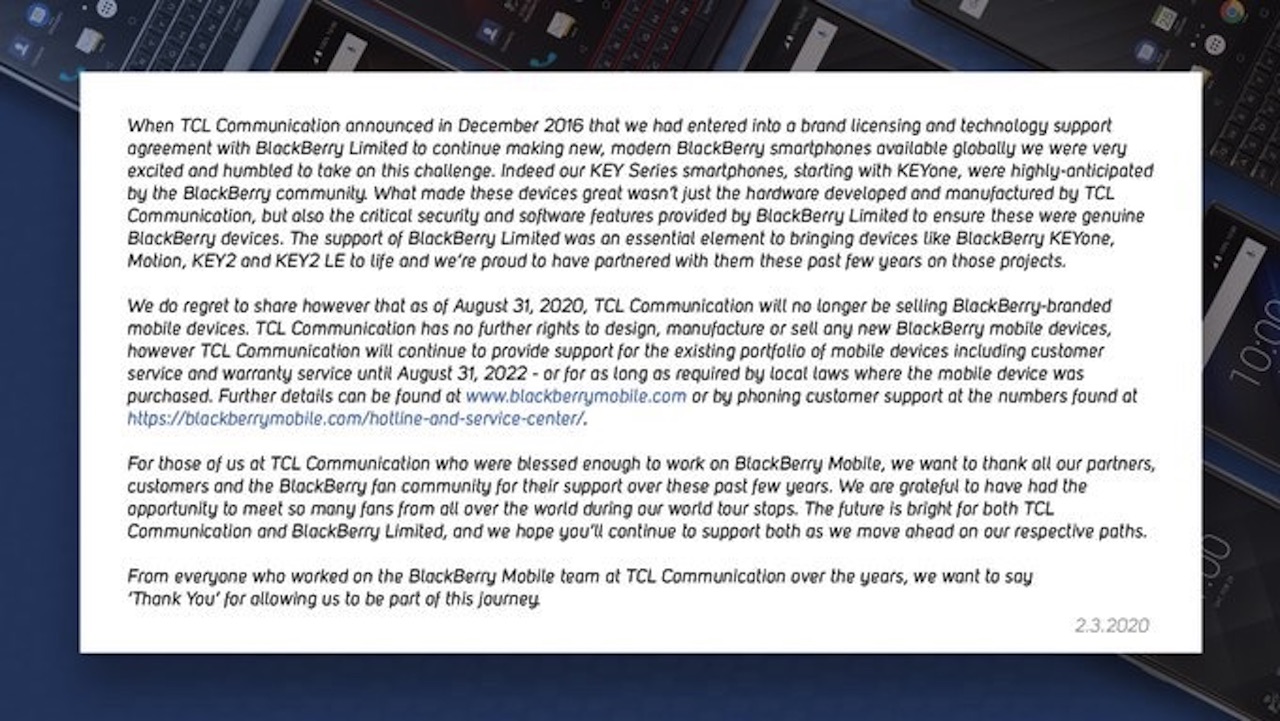 The warranty and support service won’t be suspended yet. TCL will continue to offer such until August 31, 2022. There’s also a mention of “or for as long as required by local laws where the mobile device was purchased”. If you own a BlackBerry Android phone, you may want to check your device’s eligibility.

There is no mention if BlackBerry is getting a new partner. It will be interesting to see now what will happen to the beloved brand that is considered as the pioneer in the smartphone business. Let’s just wait and see.