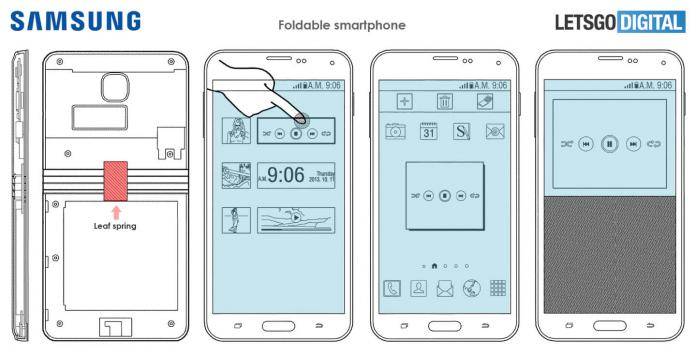 The foldable smartphone category hasn’t really taken off but we believe a number of OEMs have started to work on related technologies. In the past, a foldable phone would refer to clamshell and flip-top phones. Today, a foldable smartphone means it has a screen that can be folded or flexed. The idea started way before the Moxi bendable smartphone prototype was introduced because Samsung has been working on it for years. We said Samsung would release two smartphones with bendable screens and a rollable display but still nothing.

Samsung is still working on it and it may be coming very soon. Patent images for a foldable smartphone concept were shown off and a Samsung Galaxy X patent filing application was sighted online.

There came a time when the South Korean tech giant was still trying to decide if a foldable phone should be released. Of course, we think it should and it should release one soon enough. The patent for a flexible OLED display has been granted, as well as, for the ‘fold-out’ smartphone design.

Last year, we reported Samsung would launch foldable smartphones in the 3rd quarter but as you know, still nothing. The company only showed off foldable displays to OEMs and suppliers at the MWC.

Samsung foldable phone’s release was then pushed to 2019 and we know that is happening. The Galaxy X will be unveiled first before the Galaxy S10. We also heard of a 2018 launch but we doubt it’s going to happen. Several pieces of evidence have been sighted including a foldable smartphone getting certification, those sketches and patent application discovered, the Galaxy X support page, and the news Samsung would start mass production of foldable phones in Q4 this year.

Believe it or not, the Samsung Galaxy X foldable phone was unveiled at CES 2018 in a private event. Samsung foldable OLED phones were confirmed but the company is still working on a foldable smartphone. We’ve been saying it could be the most expensive Samsung flagship.

We also saw the Samsung Project Valley folding phone but at this point, we only want more information about availability and pricing. A new set of patents was discovered, showing off the phone’s operation when not folded. 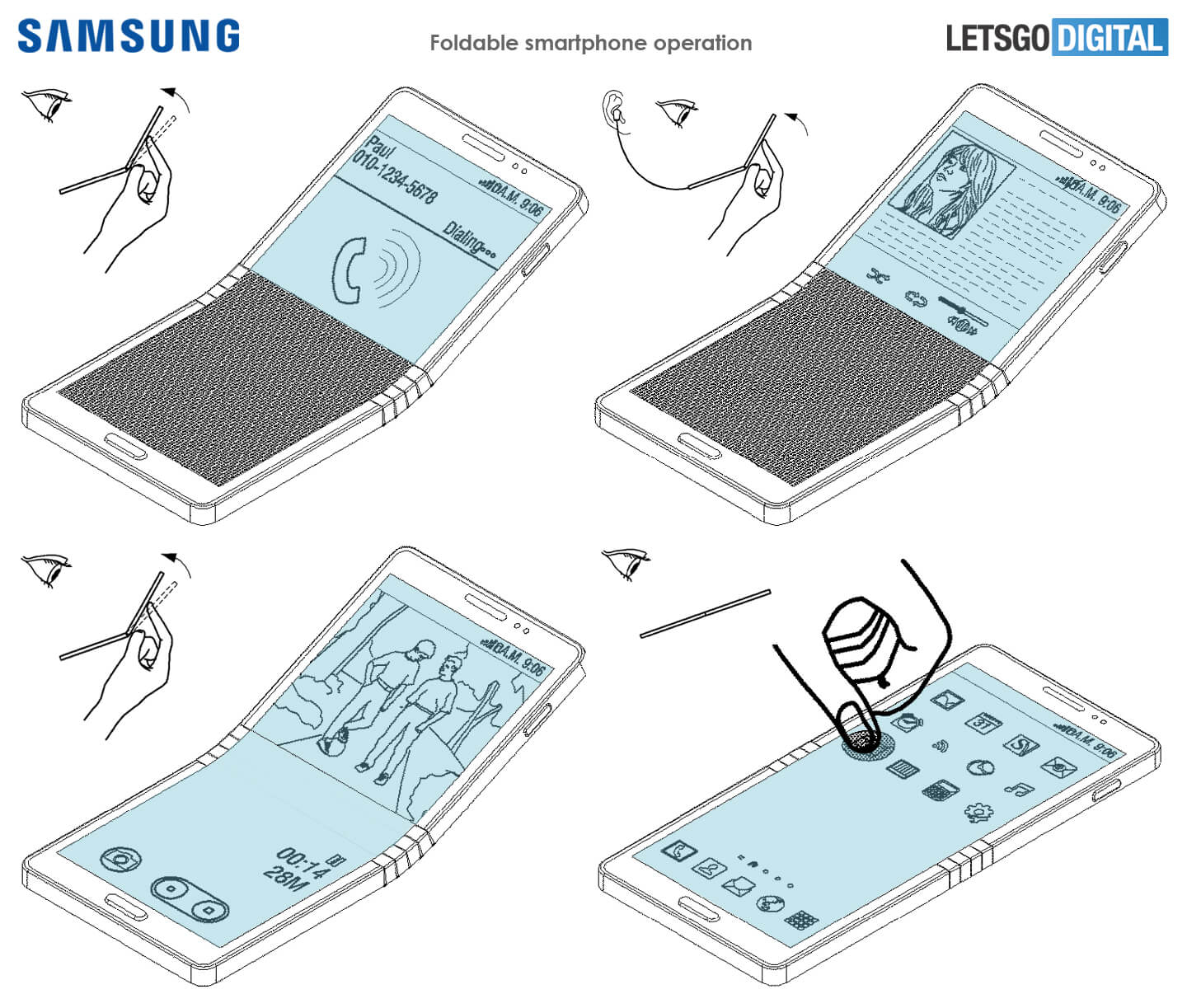 The ‘Foldable smartphone operation’ patent was filed with the USPTO and WIPO so you know Samsung is definitely serious with the technology. It’s only a matter of time before the Samsung Galaxy X smartphone is announced.

The documents show a clamshell phone with a flexible screen. The display is light and thin. It’s also described as very resistant to external impact. The display is also fully functional when unfolded so you have a bigger screen. When one side is bent, the lower part of the screen will be turned off.

A bending sensor is found and this is said to check the extent of the curve of the screen, bending speed, bending time, and even the bending angle. There’s also what is called a pre-bending state of about 10 to 25 degrees. It is when the phone can return to the unbent (“unbended”) position automatically which becomes useful so there is no pressure exerted on the back. In cases when pressure is applied to the back, the phone may not fully open or the touch input will be activated.

The document also shows the different widgets including an S Pen icon. Other features include a quick view window, Bluetooth, WiFi, NFC connectivity, motion sensor, and a touch sensor.