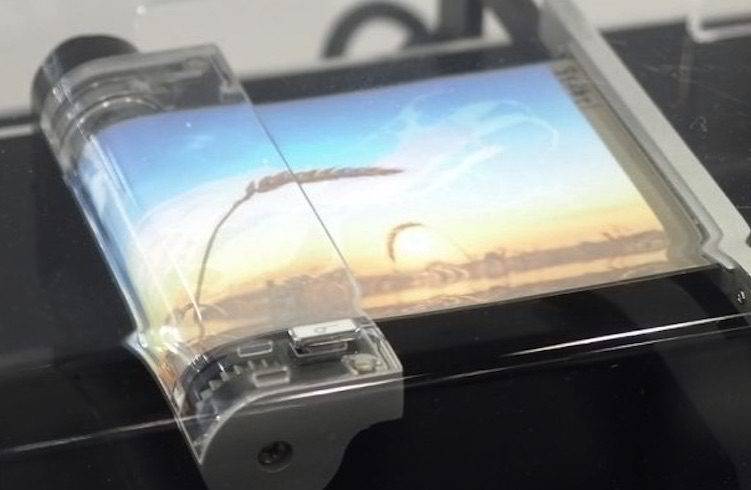 The idea of a rollable, foldable, and flexible display on smartphones is nothing new. In fact, we’ve been hearing about it the past few weeks including the Moxi and one from Lenovo which was shown off recently at a tech event. We already know about Samsung’s plans way before but more details are being shared recently. We even saw a demo of a rollable display but with a non-working touchscreen. Samsung has promised to deliver two devices with bendable and rollable screens and looks like the 2017 launch is really going to happen.

We now know that it’s not just a concept. It’s only a matter of time before Samsung makes the rollable displays work and respond to touch. It is possible because Moxi can do it but only the display is black and white. Samsung’s head of North American business Gregory Lee said that it’s “right around the corner” during the a conference in California last week. By “right around the corner” we usually mean it’s coming soon, like a few days or weeks, but we know the two smartphones with foldable displays are due next year. Well, at least, we’re certain that such technology is in the works and is actually possible.

The Samsung executive said that the company has been working on the technology for more than a decade now. Display prototypes have been available but it’s quite a challenge to “manufacture at a reasonable cost”.

Not much details have been disclosed but Lee is positive about many other things in technology including 5G. He said that we could expect the technology to take off finally soon. He also noted that mobile networks will maintain its position as a significant part of the mobile phone distribution chain.