Samsung is planning to launch a new Galaxy phone with foldable display next year. We’ve been anticipating for one since last year when we were told the South Korean tech giant would release two phones with bendable screens and rollable display as confirmed by an executive. We also saw those Samsung Patent images and application for a certain Galaxy X.

The company was already granted a patent for flexible OLED display, as well as, for a fold-out smartphone design. We’re looking forward to those foldable phones by next year or 2019. Note that they are different from the clamshell phones.

Foldable smartphones are definitely coming as one was recently spotted on a Korean regulator site. The Samsung Galaxy X is believed to be the SM-G888N0 which recently turned up on Bluetooth SIG. That is for the Bluetooth certification and it’s been sighted again this time, at the National Radio Research Agency in its home country. 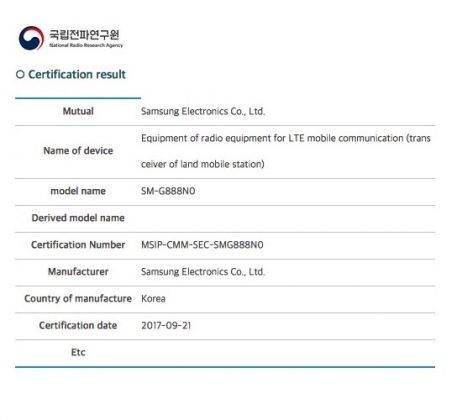 Not much details have been provided but we’re still hoping the first foldable Android smartphone model will be out next year from the tech giant. Samsung has yet to confirm anything again but we won’t be surprised if something new is leaked or teased in the coming months. We’ll see.