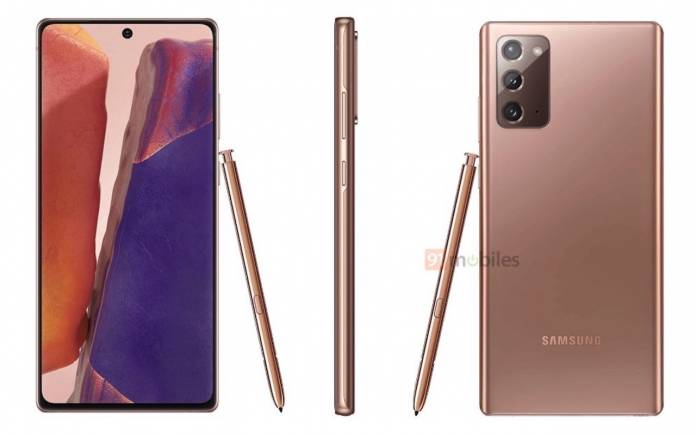 The Samsung Galaxy Note 20 series will headline the Galaxy Unpacked 2020 next month. It will come in various “mystic” colors and most probably in two variants: the regular Galaxy Note 20 and the Galaxy Note 20 Ultra. We’re not sure if there will be a Galaxy Note 20+. More image renders and specs are being shared and we know we are getting closer to the truth. We can’t wait to confirm the Xbox Game Pass, enhanced camera features, 360 Spin, 120Hz refresh rate, and the Snapdragon 865 processor. For other regions, only the Exynos 990 variants will be rolled out.

The Exynos 990-powered Samsung Galaxy Note 20 series will be unveiled next week. It’s the same chipset used on the Galaxy S20 phones but rumor has it it’s not exactly the same. By not the same we mean it’s been optimized already. The information isn’t from Samsung exactly but from Twitter.

We know the Snapdragon 865 (or the 865+) performs better than the Exynos 990. There is a reason why a petition was filed so Samsung would discontinue using the Exynos on its flagship models. The Galaxy S20 phones highlighted the difference between the two. The Exynos’ performance is subpar compared to the Snapdragon’s.

There is no Exynos 990+ chipset, just the Exynos 990 but the latter has been improved according to a rumor. That is a possibility and if that’s the case, then the Galaxy Note 20 with Exynos will be just as powerful. August 5 is happening in about a week. We’ll know everything for sure then.

To review, here are what we know so far: Snapdragon 865 or Exynos 990, with 5G support, 128GB base memory, new design (could be mirrored), with a 108MP camera, 4500mAh battery, periscope camera, and bigger dimensions. The Galaxy Note 20 will come with Seamless Display tech, a flatter display, and a rounded rectangular shape. The Snapdragon 865 version will be released in South Korea and the United States while the rest of the world will get the Exynos 990 variant.

The regular Samsung Galaxy Note 20 may only feature a 60Hz refresh rate while the Ultra could have 120Hz. We can also look forward to that energy-saving HOP display tech. Possible color options are as follows: Mystic Bronze, Mystic White, Green, Gray, and Black.