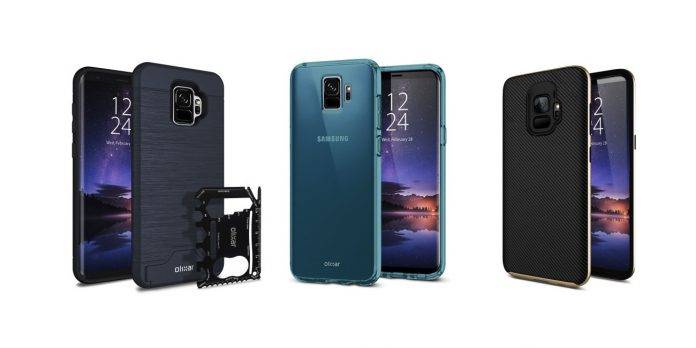 The Samsung Galaxy S9 and S9+ are coming very soon. The flagship duo will be unveiled before we know it. After dozens of rumors, speculations, and leaks, we’re curious about how the phones will be similar and different from the older models. We know that they are going to have the same batteries as the S8 duo, reimagined cameras, 3.5mm headphone jack, 18.5:9 bezel-less display, rear fingerprint sensor, improved iris recognition, Exynos or Snapdragon 845 processor.

We’ve seen a number of leaks already starting with that patent for a fuller front display with sensor cutout, CAD renders that showed vertical dual rear cameras, patent for a device with 180-degree curved screen, and those schematic images. We’ve also seen more rendered images and 360-degree video of the Galaxy S9 phones. We’ve seen the S9 with a single rear camera and learned the S9+ will have the dual rear shooters.

A few weeks before the possible February launch, we’re seeing device screen protectors and a gallery of S9 and S9 Plus cases and covers listed on Mobile Fun. And now Evan Blass aka Evleaks is sharing some specific details about the launch. Blass said that according to an executive from a major case manufacturer, the official launch will be on February 26. Samsung will start taking pre-orders on March 1 and then shipment and market release will be on March 16.

The information comes from a reliable source so the dates are for real. Then again, we’re taking everything with a grain of salt. Let’s wait and see.

According to a C-level executive at a major casemaker, the go-to-market schedule for Galaxy S9 / S9+ is as follows: