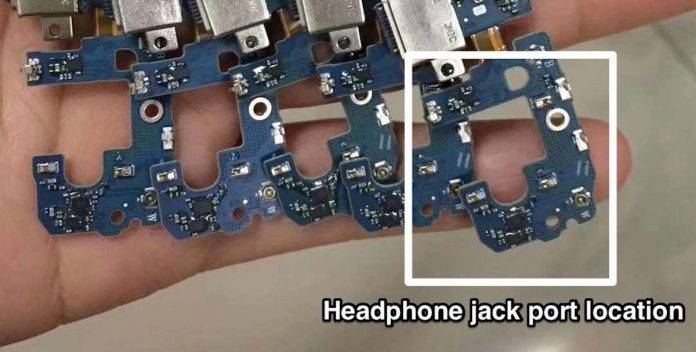 We can’t wait for CES 2018 to open because we’re curious if Samsung will ever show off the Galaxy S9. Rumor has it the South Korean tech giant will tease the next-gen premium flagship smartphone before its official launch in February and market release in March. The device has been the subject of many leaks and speculations and so far, we know the Samsung Galaxy S9 will have an 18.5:9 display as shown on HTML5 Test, single rear camera, rear fingerprint sensor, large display, bezel-less design, and with improved facial and iris recognition.

The most recent leak tells us something about the state of the headphone jack. We’ve been thinking if Samsung will keep the 3.5mm headphone jack port but based on the photo above, the particular component will remain. Unlike the other top brands who have decided to ditch the headphone port, Samsung is maintaining the feature and giving Samsung fans another reason to remain loyal.

Features of an SM-G965F device were leaked recently. There’s 6GB RAM, Qualcomm Snapdragon 845 processor, fingerprint sensor below the single rear camera, and Android 8.0 Oreo out of the box already. This may mean the phone won’t have to ship with a pair of Bluetooth earphones as rumored a few weeks ago. Let’s just wait and see.