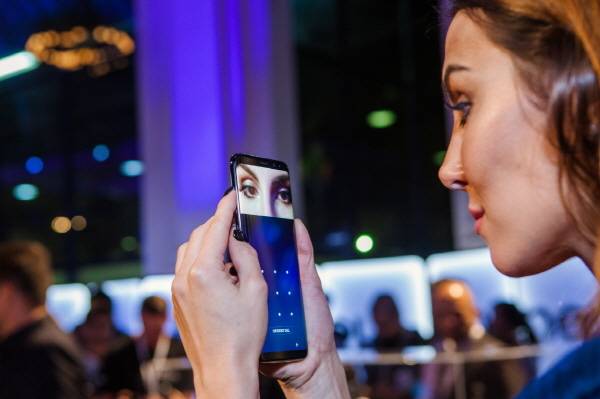 Well, it’s not really a surprise because we expect new smartphones to be better than the previous one, but rumor has it that the upcoming Samsung Galaxy S9 will have a much-improved iris recognition technology. Iris scanning is considered the safest among the biometric identifications that are being used on mobile devices, so it’s only logical that they will be investing in making it better and incorporating it in other services like Samsung Pay and other banking partnerships.

The source said that the iris scanner will be much improved, from the 2MP that is used by the Galaxy S8 and the Galaxy Note 8. The camera lens and function will be enhanced so that it can recognize the eyes of users, even if they’re wearing glasses, or move their eyeballs, or if there isn’t much light where they are. The response time, which is currently at one second (in theory), will be even faster with the Galaxy S9 iris scanner. They will also be reportedly developing software to help in the iris recognition and security.

There are also rumors that some of Samsung’s budget and mid-tier smartphones will also be getting iris scanners, and this can lead to another step in replacing physical banks with mobile banking. Samsung Pay, which is their mobile and digital wallet, is already using iris verification, along with fingerprint scanning. They are also working on partnering with local banks in Korea like Shinhan, Woori, IBK, NH and Busan so they will also adapt iris biometric authentication.

Of course for now, all of these details are just rumors, but given the moves that Samsung has been making, it’s highly likely that one of the Galaxy S9’s selling points would be better iris recognition.