More Samsung Galaxy S9 leaks are coming your way before the South Korean tech giant makes an official announcement. We’re expecting it will be a January launch and that it will have the same display shape and size. We don’t think it will have the in-display fingerprint sensor yet contrary to some patent applications and leaked information. We have a feeling it will still have two variants–the standard S9 and the S9 Plus.

We don’t have an image of the leaked phone yet but the CAD renders give us a glimpse of how the Galaxy S9 may look like. The next premium flagship phone from Samsung will be equipped with some Note 8 features but will still be very different.

The Samsung Galaxy S9 is said to arrive with a dual camera setup in a vertical position. The fingerprint reader will still be on the rear side, just below the cameras. The position of the cameras will hopefully deliver higher quality photos. If you wish to capture images with bokeh, you can do so without having to blur the secondary lens. 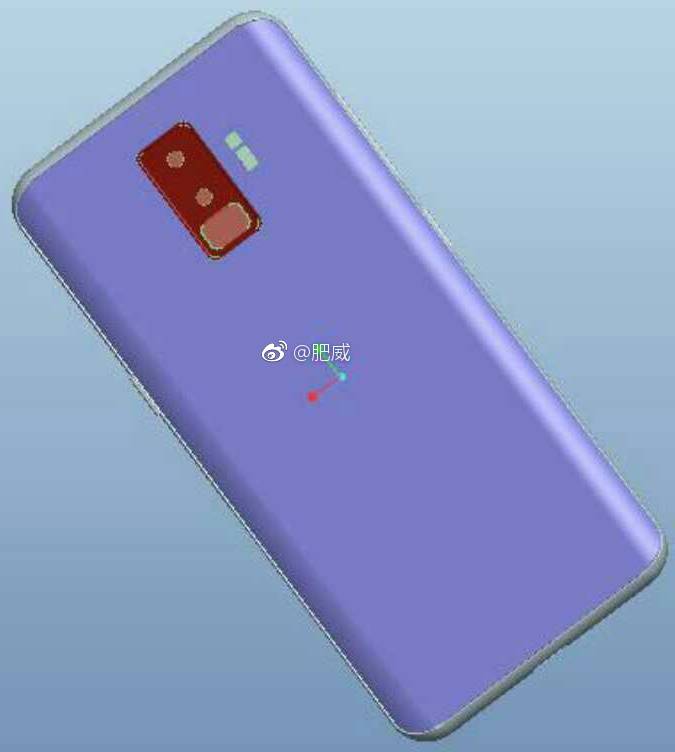 We’re crossing our fingers (pun intended) the Samsung Galaxy S9 will have the fingerprint reader in a better position for a more comfortable grip and use. As for the specs, we’ve got word the smartphone will run on an Exynos 9810 processor using the new 10nm FinFET node. A Snapdragon 845 version will also be ready for the US. Expect again the Infinity Display on the Galaxy S9 and other future Samsung Android flagships.